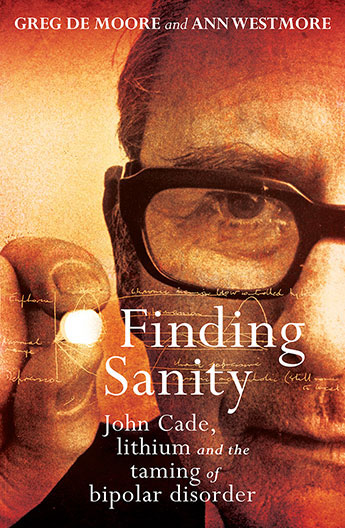 John Cade wrote in 1979: “Depressive illness is the most painful illness known to man, equalling or exceeding even the most exquisite physical agony. The patient is inconsolably despairing, often guilt-ridden, having committed, they imagine, unforgiveable sins — completely immersed in the internal world of misery and utter loneliness. There is no pleasure in living, no interest or energy in doing anything except agitatedly bewail or silently brood upon an unhappy fate; no hope for the future abandonned by God and man. Suicide seems the only escape fro mthe misery.” From Mending the MindIt can be said that  John Cade “discovered” lithium, in the sense that he actually identified this substance that would become the chemical that would help many in the manic-depressive (bipolar) community.

One of the best biographies I read last year was Finding Sanity by Greg de Moore and Ann Westmore, published by Allen & Unwin in 2016. This is a biography, not a memoir, as it explores the life of Australian Doctor John Cade in detail, starting with that of his parents, and delving into his own family life spent (he, as caretaker and psychiatrist) in asylums in country Victoria during the 1940s. It can be said that  John Cade “discovered” lithium, in the sense that he actually identified this substance that would become the chemical to help many in the manic-depressive (bipolar) community.

In the fourth decade of the twentieth century, Cade hit upon a simple treatment for severe manic illness: LITHIUM. This treatment was already used as a cure by ancient Greek doctors before the element had been identified scientifically. Soranus of Ephesus and others ordered salt baths containing high levels of lithium for excitable patients. Today lithium has become the gold standard for treating bipolar disorder and saving and supporting lives.  Cade changed the course of  medicine and saved millions of unwell mental illness patients from suffering, not to mention saving governments billions of dollars in health costs. Strangely enough, not many doctors or politicians appear to know about him and his story today. 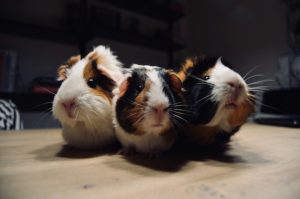 John Cade and Australia’s Greatest Mental Health Story was last modified: November 20th, 2021 by Anne Skyvington
how did john cade prove his findings in relation to lithium?the difference between a memoir and a biographywho discovered the value of lithium as a treatment?who were the first doctors to use lithium as a treatment?
0 comment
0
Facebook Twitter Google + Pinterest