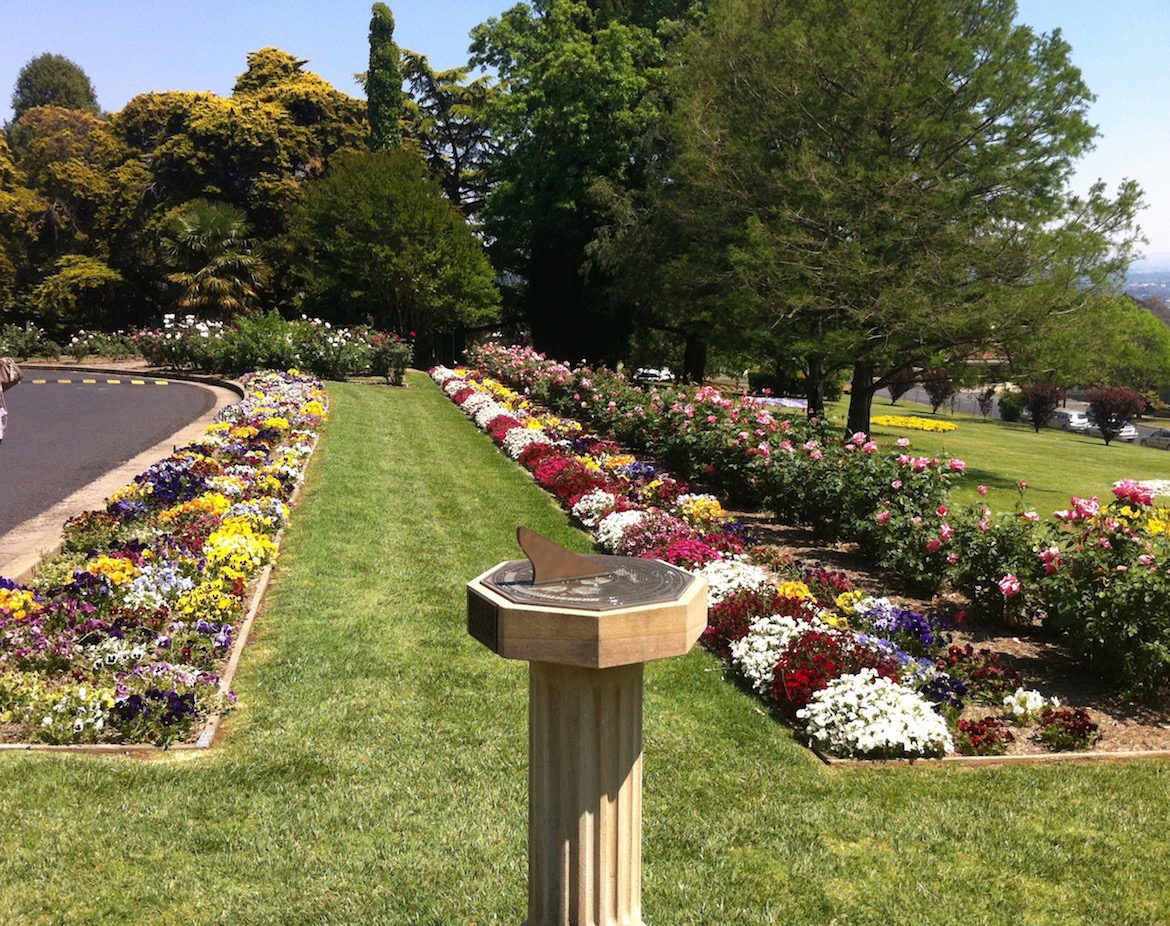 There is a photo of us back then:  my Southall room-mates — all classmates from Armidale Teachers’ College—in 1961-62. We went to a Photo studio in Armidale to have our group and individual photos taken. Dianne Short (married name, Gallaghar) was not able to be present, so her photo was superimposed into the photo (top left). We were studying to become primary and infants school teachers at the time. Some of us left for overseas, as soon as we had completed the obligatory three years and did not return to teaching small children. Our names were like our hairdos, a signal of the times: Dianne, Sandy, Heather, Marnie, Julie, Daphne, Leonie, Jill and Anne. We lived in one wing of Smith House called Southall, which was actually a separate building joined to the rest for convenience sake. 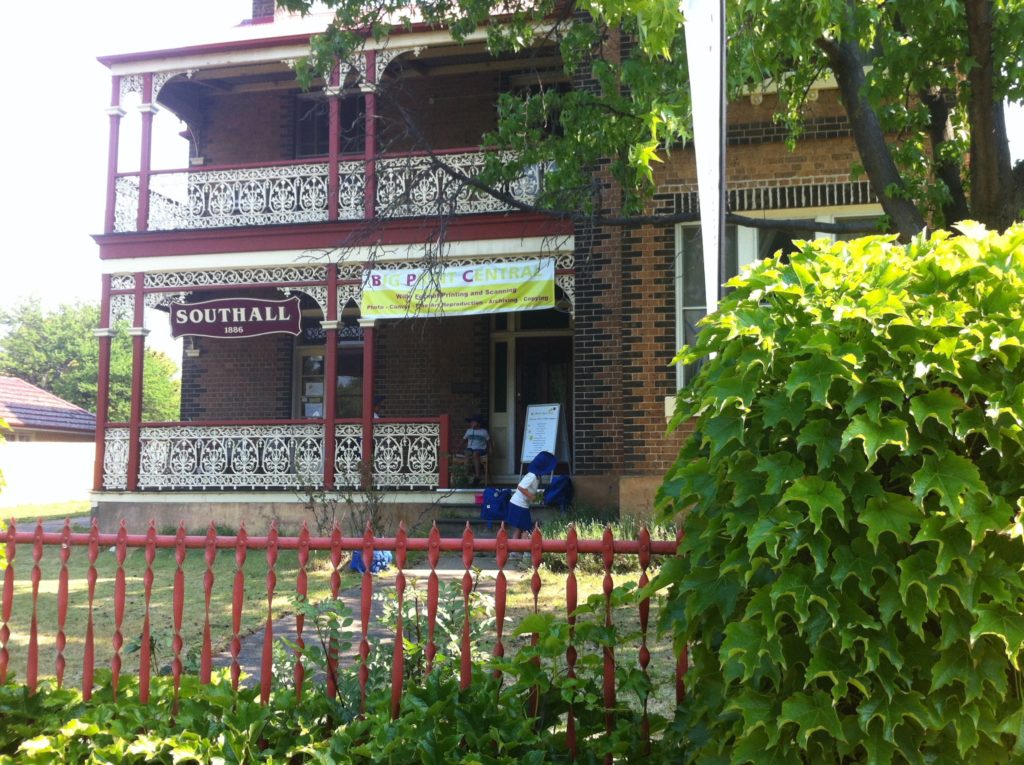 I recently first learnt of a doctor who had lived in our building at the beginning of the century, and had shot himself accidentally under strange circumstances, when answering the telephone. In hindsight, this sent a shiver up my spine.  I thought back to the seance that we conducted using an ouiji board in, quite possibly, that very room. I would be interested to know what the name, or letter, was that we conjured up together that night with our hands on the pointer. The final word that the pointer arrived at was ‘Elysian Fields’, which one of the girls later claimed to have spelled out to make it seem authentic.  Daphne, on the far right of the photo, was a bright, funny girl I’d first met at primary school in Grafton. She claimed later on, that she had forced the pointer, so we’ll never know if there was a ghost willing to be contacted in that room that night.

Despite the fact that I did not really want to teach children, and despite the strictures placed on us at Smith House, my memory of this time in this group is one that I treasure. We all seemed to complement one another with our different names and personalities, some “big” some meeker, like our hairdos. But all contributing in some way to the group dynamics. I was shocked that first evening when Miss Dulcie Lindsay, the head warden, as she was called, in her mannish grey suits and black shoes, made her first speech and told us we would have to sign in and out by 9 pm every week night and 11 pm on weekends. She acknowledged that we would want to “try out our wings!” which made it worse, for I had had enough of this at home, and I wanted to take off. So we all remained immature and innocent for those two years; I remember thinking how “bad” the girls from Sydney were, always climbing in and out of windows and balconies after hours. But they knew how to look after themselves and never got caught! (Lynne says she used to let them in a lot as she had the room at the front of Smith House).

As for us, we made our own fun together, and we had lots of it; who knows if it would have been better or not to have had more freedom? 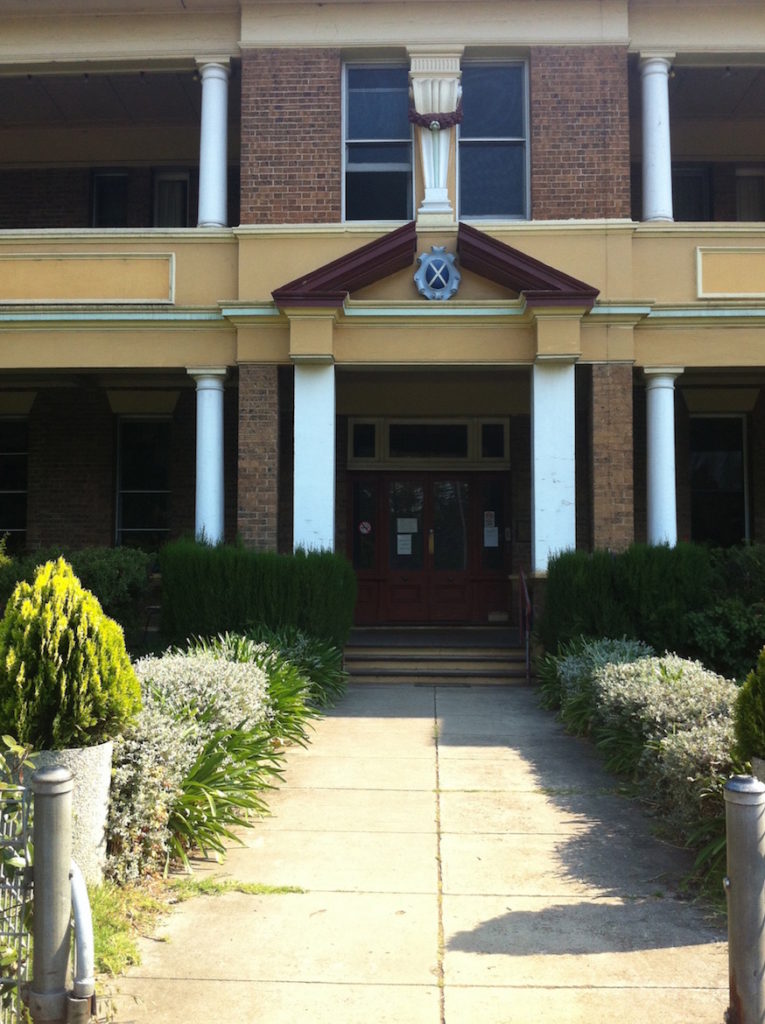 Living behind (window) bars felt like being in gaol. The first and only time I decided to venture out myself I was caught and threatened with expulsion. Scary!

You were unlucky, Lynne. I was also hauled before Miss Lindsay and my mother, for being seen in a hotel with a partner. Those were the days…

As a veteran of Smith House myself, I loved your article. Also had fun identifying you in the pic.

Tell me more about your Smith House experience. Thanks for the comment, Susan.

Great picture and great story. I also stayed at Smith House, so it was very nostalgic for me. It was fun looking for you in the group picture.