I was drawn to the exotic name Ein Gedi, when coming across it in my brother’s first novel set partly in Israel. Then in a friend’s writing based on a poem by Ted Hughes from “Folktale”, part of  Hughes’ collection entitled Capriccio.  Hughes refers obliquely to the last of the leopards of Ein Gedi in the following excerpt, which suggests via exotic imagery that he is enslaved by dangerous passions. Hughes is writing here about his fraught relationship with Assia Wevill, a flamboyant European who settled in Israel for a time after the War.

What he wanted
Was the gold, black-lettered pelt
Of the leopard of Ein Gedi.
She wanted only the runaway slave.
(From Folktale by Ted Hughes)

There are still doubts as to whether any of the leopards from the original aristocratic dynasty of leopards that roamed the area still exist. And even whether any leopards at all still roam the wilderness areas of Ein Gedi. I discovered that Hariton the leopard entered kibbutz Ein Gedi twice in earlier years, and was once spotted carrying off in his fangs a house cat, which he later devoured. Apparently at this time there were two leopards left in the Judea Desert, Hariton and a female.

According to a study from Tel Aviv University, altogether there were only eight leopards left in the entire country up until a few years ago. The study, conducted by Inbar Perez in 2006 as part of her degree in zoology, was intended to provide the Nature and Parks Authority with information to help preserve the leopards, which have been in danger of extinction for years.  Fewer than 100 leopards are estimated to be left in the Arabian Peninsula (Yemen, Saudi Arabia and Oman) and in the rest of the region, including Israel, fewer than 50.

Ein Gedi is an oasis on the western shore of the Dead Sea and one of the most important archaeological sites in the Judean Desert.

The name means Kid Spring: a compound of two Hebrew words: ein meaning spring, and gdi meaning young goat. Ein-Gedi is actually the name of a spring which flows from a height of 656 feet above the Dead Sea. In the Bible, the wasteland near the spring where David sought refuge from Saul is called “the wilderness of Ein-Gedi” and the enclosed camps at the top of the mountains, the “strongholds of Ein Gedi.” Ein Gedi is mentioned for the first time in the Old Testament (Joshua 15, 61) among the list of the six desert-cities in the domain of the tribe of Judas (Yehudah). Wikipedia 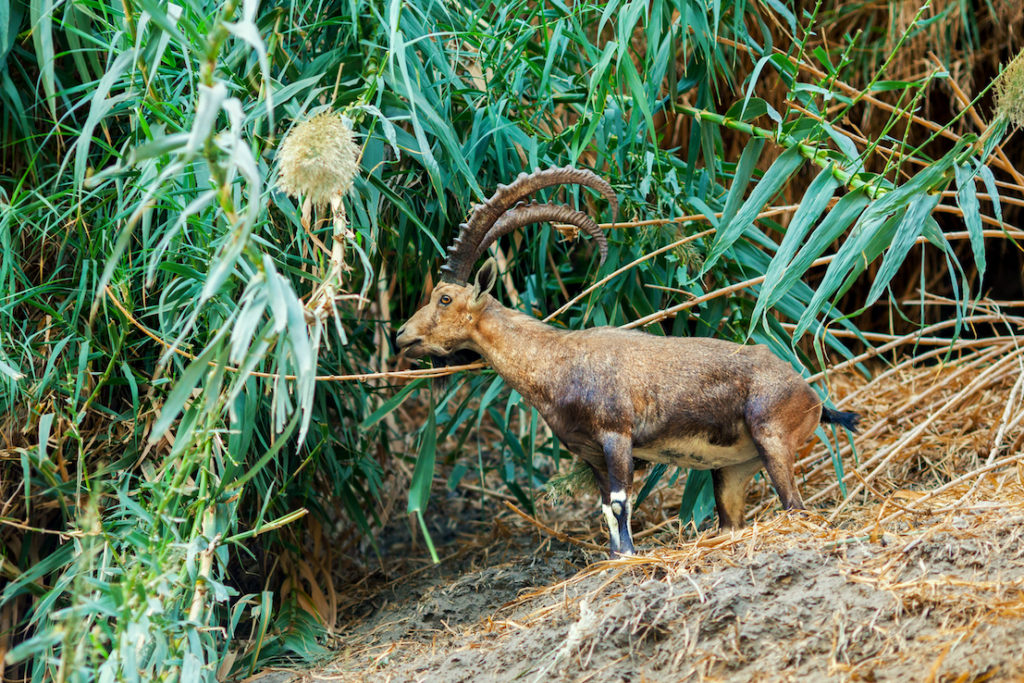 Some pictures and photos of Ein Gedi are reminiscent of images I gleaned from biblical references of the Garden of Eden as a child. 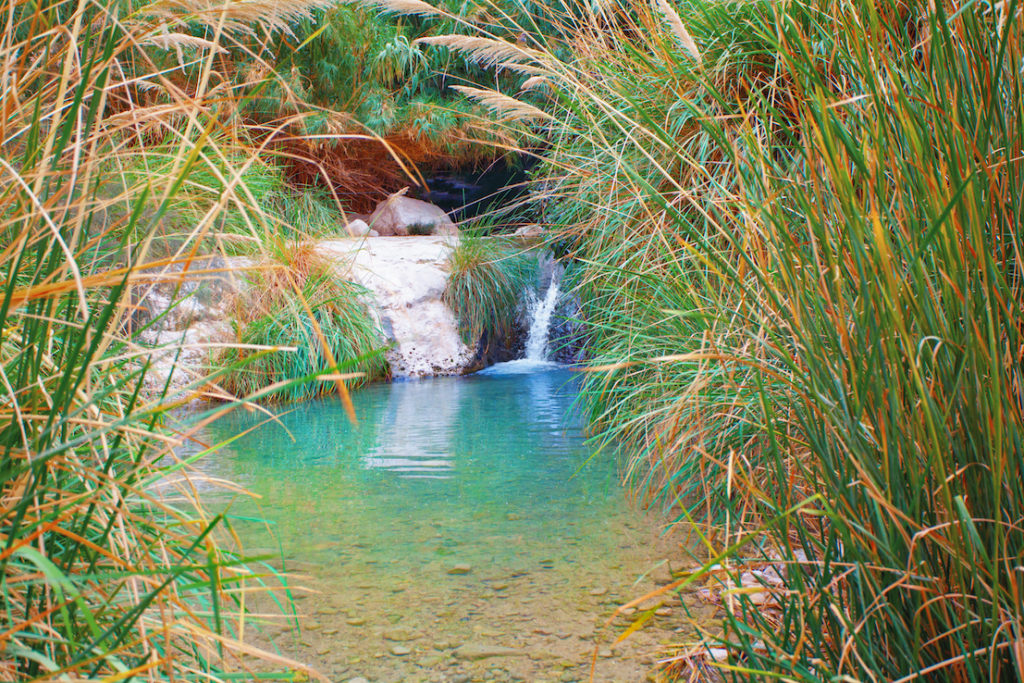 Thanks Anne for your insights into Ein-Gedi, and your acknowledgement of my work-in-progress, Dina

Ein Gedi is one of 2 places with springs in the Judean desert (the other is Ein Feshka). It is a great place to hike with pools and waterfalls. Israel has been quite successful in re-introducing wildlife that were native to this area, like the fallow deer http://israel-tourguide.info/2012/12/11/introducing-fallow-deer/

Thanks for this, and for the link. Good to hear about species being supported like this. Anne

Ted Hughes was probably alluding to Assia’s background with the reference to Ein-Gedi. She was a German Jewish refugee who lived for a time in Israel, then called Palestine. For more on Capriccio see my blog at dinadotdavis.wordpress.com.

Thanks for the input, Dina. The reference to Ein-Gedi and the “last leopard”, had a powerful impact on me when I first read it, conjuring up images of exotic, faraway places and cultures.

Hello Anne
Enjoying your posts.
there were Leopards at Ein Gedi when I was in Israel in 1979. I was on Kibbutz Revivim, in the Negev, but travelled a lot around the Ein Gedi/Massada area. Stunning places.

Great to hear from someone who bears witness to those beautiful creatures. I wonder if they are still there? I hope they’ve not died out completely like our Tasmanian Tiger. Thanks for your comment, Anthony.