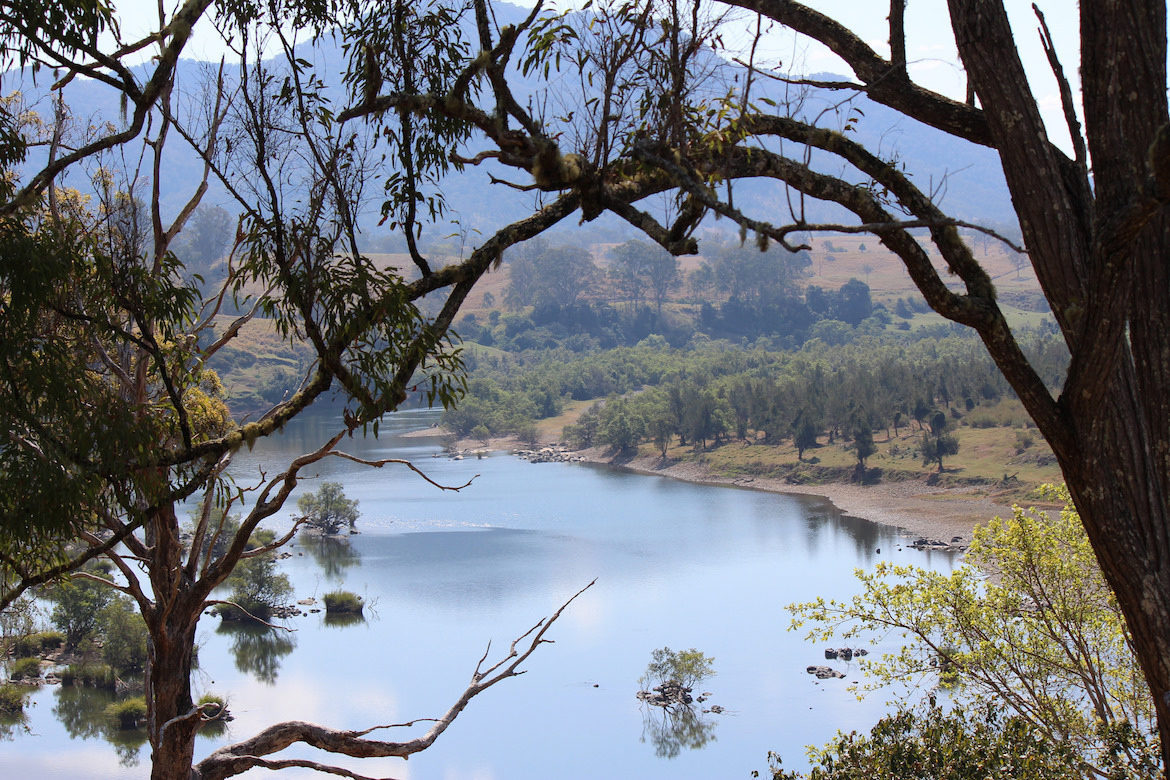 My Writer’s Voice: A Childhood Spent on the North Coast of NSW

The historical photograph of my hometown, with the Clarence River and Susan Island across the water, brings me back to long-forgotten memories of childhood evenings underneath a balmy, star-spangled sky in South Grafton next to the water’s edge. I wonder now whether this is the source of my writer’s voice? Are the places and storytellers from childhood that I carry within the true source of my writer’s voice? 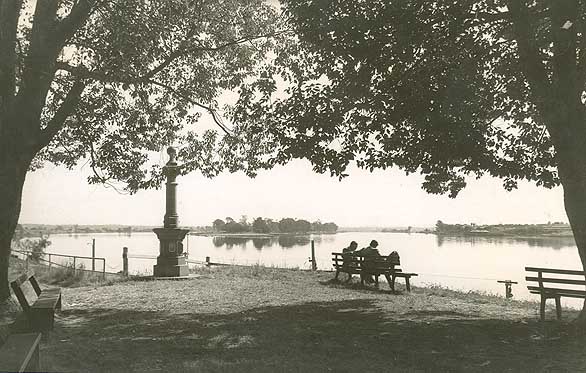 Is it the past that gives birth to the special voice within all of us?  The one that reappears when you are narrating stories in written form? This throws up other questions for me, those to do with the the relationship of voice to person, character and narration; and how “fictional voice” touches vicariously on an assumed reader and an assumed listener.

We are an unruly composite of uncles, aunts, siblings and neighbours, as a dark-skinned man that we kids know as “Uncle Sammy” keeps us spell-bound with tales from the Arabian Nights. His deep voice weaves magic—millenia-old yarns with an Aussie flavour—and pulls us into the caves of Ancient Syria, whilst sitting on manicured lawns on the banks of the Clarence River in South Grafton.

Other story-tellers from childhood were on the Irish side of my family: my mother and Grandma Walker; the Walker uncles, especially Uncle Bargy (pronounced /bah-ghee/), who was a stutterer.

When “Bargy storyteller” spins a yarn, his stutter magically disappears during the telling of the tale.

And of course there were my teachers, many of whom were experts—naturals—when it came to telling a good story. There were the fairy stories that filled me with dread or longing in kindergarten, “Hansel and Gretel” and “Cinderella”, and later on, the stories of explorers, such as Burke and Wills, who perished in the desert. Then there was the teacher who recited “The Forsaken Merman” by Matthew Arnold, reducing me to tears for the family of mer people abandoned forever by the human wife and mother.

Call her once before you go—
Call once yet!
In a voice that she will know:
“Margaret! Margaret!”

Even today, the words fill me—if I let them—with a teary sensation around the heart.

And then, in Year Nine at high school, there was an occasion when I was reduced to a weeping mess—inside, concealed of course, on the outside—as the teacher reads out a long narrative poem, “Sohrab and Rustum“, by Matthew Arnold. It tells of a father and son on opposite sides in battle, the father killing the son, who dies in his arms on the battlefield.

I have come to realise two things from this 1: That I was born with an extremely sensitive temperament and 2:  I now owe a debt of gratitude to these story-tellers from the past, the flesh-and-blood ones, for directing me towards creative writing.

5 things I have learned on my journey:

2. When writing a short story, it is important to know or to decide who is telling the story—the narrator behind the words. With a novel it can be more complex, as several “voices” might be used in narrating.

3. However, many agree that each author has a particular “voice”, which distinguishes her from others.

4. Publishers and agents tend to agree that it is the uniqueness of a writer’s voice—its difference from other more traditional voices, that distinguishes it as being worthy of notice.

5. I will state once more my belief that the voice we use when we write creatively is linked to the stories—the voices—we heard when we were little. And to the smells, sounds, images and feelings arising from the environment we found ourselves in back then.

My sense memories, and in part my voice, will forever be imbibed with the minty fragrance from eucalyptus trees and stories heard on the riverbank in South Grafton way back when…

The Source of “Voice” in Fiction was last modified: March 26th, 2018 by Anne Skyvington
do teachers play an important role for creatives through storytelling?does childhood play a large part in a writer's voice?what are your favourite memories of childhood?what is the effect of nature on a writer's style and voice?what sort of voice do agents and publishers look for today?
0 comment
0
Facebook Twitter Google + Pinterest