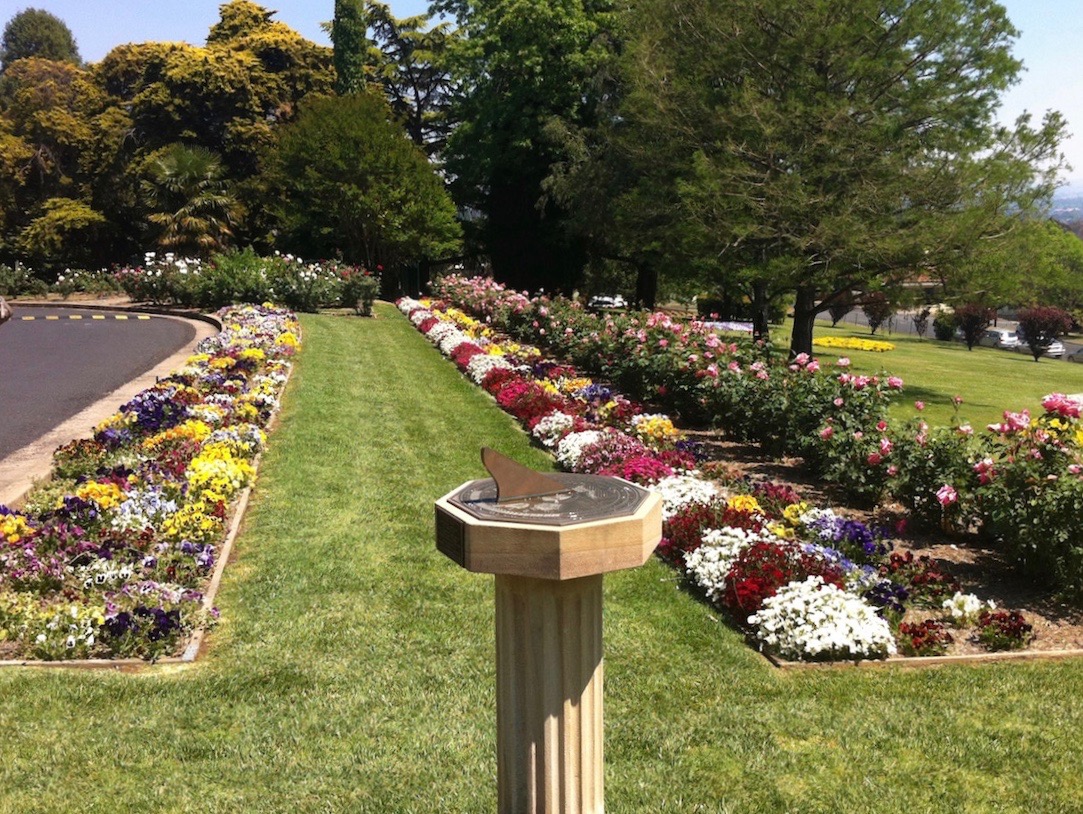 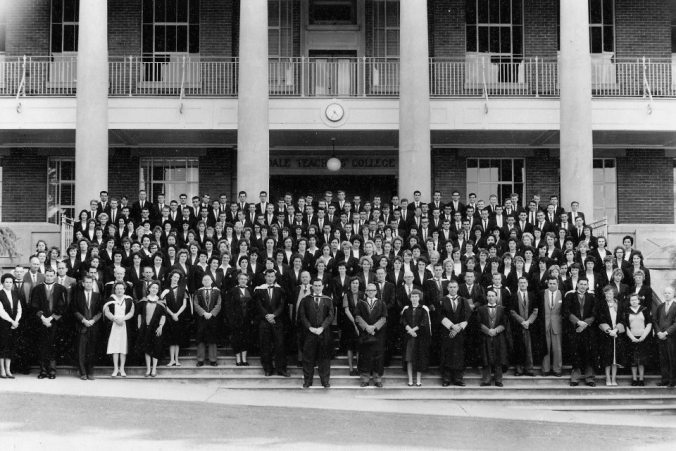 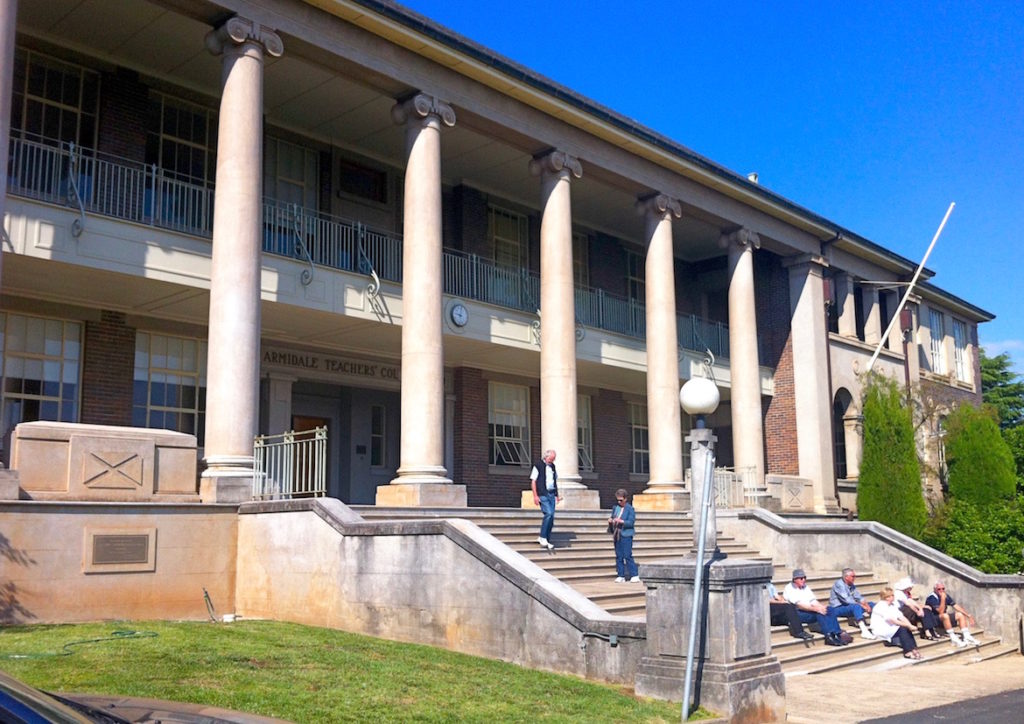 One of my options was Philosophy with Miss Margaret Mackie. (See the tiny stockinged figure in the bottom far-right of the photo). She was a brilliant teacher. An inspirational teacher. She taught me how to think. It was during the Cold War between the United States and the Soviet bloc. We discussed issues to do with the atomic bomb that made it less frightening for us. Miss Mackie made me realise that you could have different opinions from the rest of the crowd without feeling like a renegade. She made us all think. I even loved doing her syllogisms. She taught us about Socrates and Plato and regaled me with stories of the Delphic Oracle. Despite having studied with other fantastic lecturers in universities both here and overseas, no-one surpassed Margaret Mackie for sheer pedagogical brilliance.

The women I shared sections of Smith House with, especially in the lovely old terrace called Southall that was joined to one end of the rest of the building, have remained friends until this day. We had to make our own fun to a great extent, but there were regular dances organised by the College, and sport was an ongoing obligatory activity.

Today the college stands like a monument to the past. It was built in 1929 during the depression years from funds supplied in part by wealthy graziers as a means of bringing status and employment to the district. The gigantic columns and other traits in the classical style of the Italian Renaissance are intermixed with fifties art deco features. Situated on a hill it overlooks the valley in which the town is located, and is surrounded by green lawns and colourful flower beds.

Our recent Reunion, held over three days, was well-organised by a committee of several ex-students most of whom have retired on the north coast of NSW. On Wednesday was “Meet and Greet” evening at 5pm at the Returned Servicemens’ Club. Name tags had to be picked up and attached to clothing with women’s single names displayed as well. Two hundred people turned up and mingled for this event. Amazing to see so many of us recognising so many friends from the past; or trying to put names to faces, or remembering the names, and trying to dredge up the faces from the distant past. Many stories were recounted and memories jogged on this very special night. Quite a few couples had met and married during their time at Armidale Teachers College. And were still married after forty-five years!

The next night was the formal dinner and dance during which we sang some of the old songs, including “Gaudeamus Igitur” and tried to dance some of the old dance numbers. It was a hoot! Daytime activities included golfing and bowls, as well as guided visits to the College and to the residential buildings. They are now stored i na museum for this purpose.

One of the highlights for me was a guided tour of the Hinton Collection of art works. Howard Hinton (1867-1948) came to Australia from England at the turn of the century. He lived in a small room in a boarding house in Cremorne. Between 1929 and his death in 1948, Hinton sent over a thousand works of art to the Armidale Teachers College to adorn its walls. This was for the cultural benefit of the students who would later teach pupils in the schools of New South Wales. We all remember being enthralled by these beautiful works of art as we walked the corridors of the College between classrooms: they were everywhere around us. Today they are stored in an art gallery not far from the college, and lent our for regional exhibitions. The collection includes paintings by William Dobell, Adrian Feint, Elioth Gruner, Hans Heysen, J.J. Hilder, Gladys Owen, Margaret Preston, Thea Proctor, Tom Roberts, Ethel Spowers, Arthur Streeton and the Lindsay family. 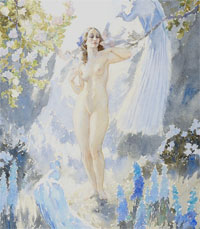 I didn’t really appreciate the buildings of the college at the time we were there: their architecture, furnishings and art works. We were truly blessed with the opportunities to observe and absorb these things in our daily lives. I don’t know which had the greater influence on me: the communal living, the social aspects, the great teaching or the physical surroundings.

I cannot express how much those two years meant and still mean to me; the wonderful people I engaged with and the standard of education we received. The experience was excellent and formed a wonderful base and springboard for my development as a person and as a teacher. I am so pleased I chose to apply for placement at Armidale Teachers College and even more pleased that my application was accepted.

Hi Ian
Yes, I only had that full realisation when we went back for the Reunion. That’s when I paid a visit to the College Art works and saw how amazing they were. And when I realised that, even though I was carrying unwanted “baggage” from childhood, a lot of ex-colleagues remembered me and triggered positive memories in me too. As you say, it’s all part of our ongoing development as mature adults. Some of those teachers were the best of my whole career, spanning decades. We truly were blessed.

Armidale Teachers’ College during those years, and indeed our formative years, was a wondrous time.It enriched our lives forever.Subjects that I had never studied like classical music, art history and appreciation, biology and psychology opened my mind to the love of learning. It made me want to pass this joy on to others, my students. And never stop learning.
The obverse side to this was the strong and enduring friendships we made with our lecturers and fellow students.Only those who had been there can understand the privilege we received. I was fortunate to fall in love with a contemporary student, marry her and then share a common experience and world-view. As you say Anne, “We were truly blessed.” Roger

Thanks for this, Roger. I agree wholeheartedly. All the friends I made there, I’m still in contact with on some level. I congratulate you on your amazingly large, close family relationships.: you two were meant to meet and to be together.

My two years at ATC 62, 63, were the highlight of my life. Who could forget the Saturday night dances in the gym, with Bing playing the music,and waiting to be asked if someone could walk you home to SmithHouse? I have had a teaching career of over 50 years, they sure taught me a love of learning.

Hi Colleen, So lovely to hear from another ex-student who was there around the same time as me. Yes, fantastic memories. I attended a 50th Reunion in 2011 in Armidale; a huge affair for the organisers, but well worth it. Keep in touch and tell me more about yourself. I live in Coogee, married with two grown-up children and six grandchildren.