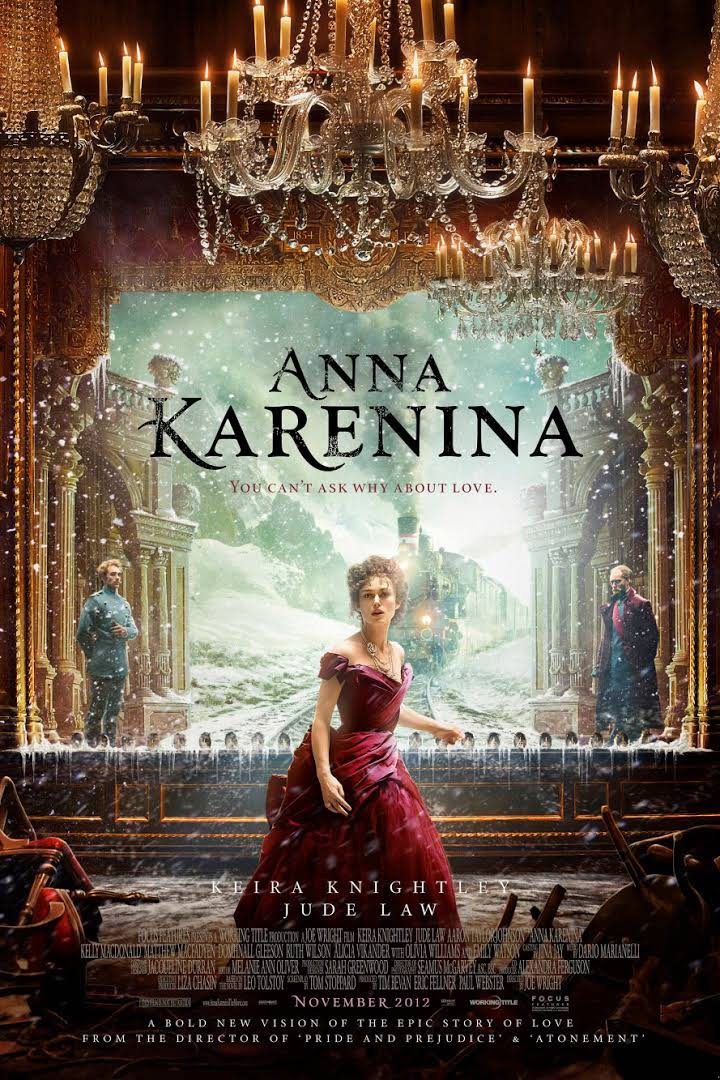 “Happy families are all alike; every unhappy family is unhappy in its own way
(Leo Tolstoy 1878)

Tolstoy is a philosopher/narrator within his novel Anna Karenina.  He invites the reader to philosophize about happiness, as they read the doings, the thoughts and the feelings of his characters.

The Oblonsky family’s happiness  is destroyed by adultery and financial problems; the Kareninas’ reputation is ruined by scandal; and even Levin’s happy marriage suffers from jealousy and ongoing arguments.

“Love at first sight” is still popular in romance novels of our own time, as it was in Tolstoy’s time.  Vronsky and Anna are immediately attracted one to the other. However, the narrator, as well as utilising traditional symptoms—red lips and shining eyes—adds a mystical and philosophical dimension to the lovers’ first meeting.

Anna’s metaphorical role is as a destructive force within the novel, while Levin’s is a creative one.

Tolstoy means that for a family to be happy, several key aspects must be given, such as good health of all family members, acceptable financial security, and mutual affection. If there is a deficiency in any one or more of these key aspects, the family will be unhappy.

This perspective, in allotting such importance to the personal within the novel, helps explain Tolstoy’s  impact on twentieth-century literature and thought.

However, is it true that there is a model for how to be a happy family, and the degree to which a family resembles that model will dictate the level of happiness the family will experience?

The term, the “Anna Karenina  Principle”, was coined by Jared Diamond in his book, Guns, Germs and Steel, 1997. It states that a deficit in any one of a number of factors in any undertaking, will result in the failure of that undertaking. The reverse to this, is of a successful undertaking, in which every possible deficiency has been avoided.

This can be applied to families, to childhood experiences, and to stories about families and childhood. These are common topics in fiction and memoir for writers throughout the ages, as well as today. If the principle is correct, it would seem that unhappiness is more conducive as a theme for inspiration and for the creation of great literature than that of happiness,

The name of the principle, which is really a notion or a hypothesis,  derives from Leo Tolstoy’s novel, Anna Karenina, 1878.  At the beginning of the book we read, “All happy families are the same; every unhappy family is unhappy in its own way”. 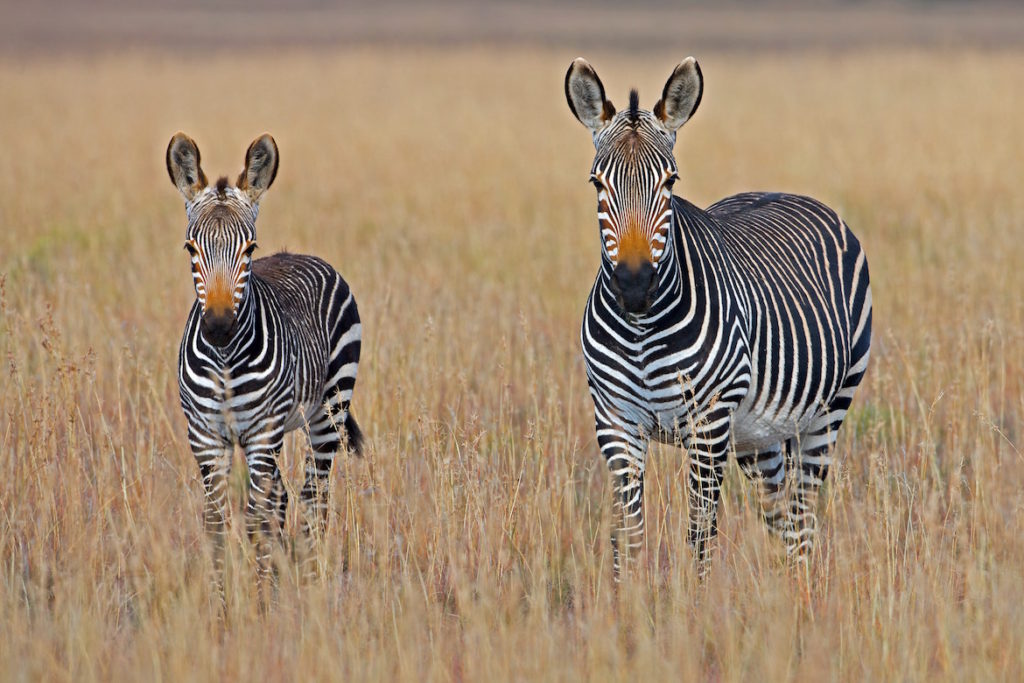 Author Jared Diamond  applied this logic to animal domestication (all undomesticated animals, such as zebras, cheetahs, giraffes and llamas were unsuitable for domestication in varying ways). The zebra was found to be unsuccessful, compared to the horse, as a family pet or equestrian subject, on many levels. (Wikipedia)

Pythagoreans, influenced by mathematics and mysticism, conjectured in a similar way:  Men are good in but one way, but bad in many.

My personal experience coincides with this hypothesis. So too, it seems, does the experience of another of Tolstoy’s contemporaries, Anton Chekhov, a major Russian short story writer and playwright (1860-1904). He received a religious education, so strict, that he turned away from religion as an adult: “And, do you know, when I think now of my childhood, it seems to me rather gloomy. I have no religion now.” Wikipedia. Some experts consider Chekhov to be the father of the modern short story. His influence is seen in a large and diverse range of writers, including Flannery O’Conner, Somerset Maugham and Tennessee Williams.

Some of his best stories include, “The Huntsman”,  “A Boring Story,”  “The Lady with the Little Dog” and his own personal favorite, “The Student”. He was inspired, it seems, by his own unhappy childhood. The implication is that it is easier to write vividly about unhappiness than it is to write about the reverse: happy families. However, writing about unhappy families isn’t the same thing as writing tragedies in the classical context. For most modern stories, there is a glimmer of hope, or a satirical or ironical outlook on things.

Closer to home, Christina Stead (1902-1983) wrote one of my all-time favourite family based novels, The Man who Loved Children.  Stead was born and raised in Sydney, but lived much of her adult life in America. This novel, originally set in Sydney, was altered, for practical reasons, to suit American readers.

The Man Who Loved Children stands as Christina Stead’s masterwork. It tells the story of the Pollits, a highly dysfunctional family, torn apart by too many problems and differences. Sam Pollit is a naive, egotistical head of the household. The  family has financial difficulties, not helped by the wife, Henny’s narcissistic spending, and Sam’s idealism. The terrible rift that opens up between the couple is a result of marital battles, too many children and the problems of blended family affections and alliances. The character of Sam is largely based on Stead’s own father, marine biologist, David Stead.

Unhappiness as a Theme

It would seem, then, that the best stories, be they fictional or memoirs, are inspired by unhappiness, rather than by happiness. At the same time, they are often relieved by a good dose of humour, or they are cloaked in satire or irony, with an ending that mixes both light and dark—allowing for hope to enter the mix—in order to lure the discerning reader.

Do you agree that great literature is rarely about happy families? Is it true that most famous writers have utilised their own unhappy childhoods as catalysts for their craft? Is writing creatively a way of exorcising our past trauma?

Surely it can’t be true that all happy families are similar, and therefore unlikely to be subjects of great novels? Or can it?

The Anna Karenina Principle was last modified: October 5th, 2017 by Anne Skyvington
a principle about families and unhappinessAre all happy families alike?Chekhov as the master of the short storyis unhappiness more important as a theme in literature?The Man who Loved Children by Christina Steadwhy is Anna Karenina important in the history of literature?
5 comments
0
Facebook Twitter Google + Pinterest

Can I put a a guest post on your blog? How do I go about it?

Sent from my iPhone

Hi Dina
You just send it to me by email, and I use my formatting and styles before I put it up.
Let me know if I have to find photos to go with it. I like to have at least one at the top. I can do one for you too if you like.
Best wishes for the New Year to you and yours
Anne

Here is Dina’s comment about the Anna Karenina Principle:
The main character, Assia Wevill, in my novel Capriccio: the Haunting of Sylvia Plath, has several connections with Tolstoy’s ‘Anna Karenina’, most of them hidden in the text. In the following excerpt, however, the resemblance is spelt out. Assia has more than a physical similarity to Anna, being half Russian, a woman who defied convention, and who loved obsessively. As a result, Assia was often snubbed by society, just as Anna Karenina was. The following excerpt, set in London in 1962, gives an example of this. Assia, and her husband David, have been invited to a post-Christmas gathering of London literati. Rumours abound of Assia’s adulterous affair with the poet Ted Hughes:

I am endeavouring to explore why the protagonist in my book is unfaithful, despite loving his wife. Thank you for the above commentaries. They are helpful.
Best
Maureen

Thanks, Maureen, for your positive comments. I’m pleased that you have found something helpful in my writings. You might be interested in reading Tolstoy’s “Confessions”, wherein he agonises over a search for “the truth”, and appears to renounce his fictional writings as mere vanity. Not that I agree with him in this, as his works leave an amazing aesthetic legacy, revealing “truths” about social mores of his day. Of course, society changes a little for the better as time goes by, but some things remain. Good luck with your goal in relation to your protagonist. It’s easier to ask and answer “what” in fiction, than “why”. But perhaps the “why” reveals itself through the “what”.