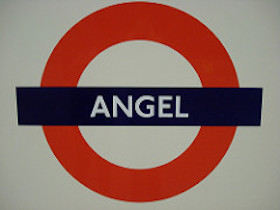 After some confusion, I started at the Angel in search of a boy, my long-lost Ern, my namesake, darling. A perfect starting point for my research. I felt sure your old street would be nearby. It was missing from the map they gave me in the hotel. 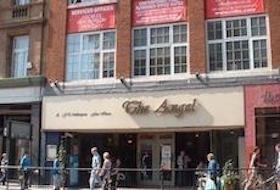 There is an angel hovering over your streets, Islington. I know, because I searched from one end to the next, covering all cardinal points. I felt his light spirit first in the foyer of the hotel where I stayed in Mount Pleasant, and around the canals, where fortunate tenants live in million-pound tenements; others in barges that course along waterways. 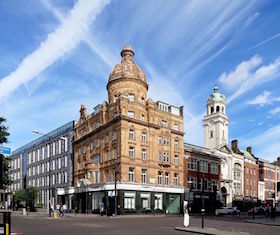 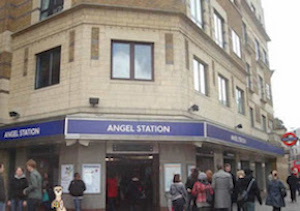 I lost him on the wrong side of a road, where life expectancy is ten years’ less than on the other side. I caught a glimpse of him in parks where London plane trees stand with outstretched arms.

After crayfish sandwiches at Prèt A Manger, the chain of healthy luncheon fare, I continued on for thirty minutes more to Islington-and-Highbury. I was certain that this would be the place to which you once referred. But you were nowhere to be found in this part of the borough, either.

No-one could tell me where the street lay till I came to Finsbury Park. Yes, around the corner from there I found you, my boy, an angel orphaned by fate around the time of Victoria’s demise.

As I stood in front of 65 Evershsot Road, I heard your cries: “Mama! Mama!” 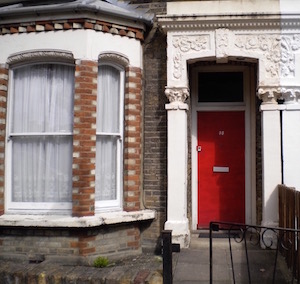 Your Place of birth

You were only a boy when you were orphaned, and brought up by Grandma Mepham and Auntie Louie in a gracious house of women. I remember the sweet letters from Auntie Louie after she saw you off. Letters in an old lady’s scrawly hand from this far-away kingdom to the north.

Islington, you were no doubt smart when Ern was born, before the onslought of poverty brought by horse-drawn omnibuses, mud and sewage, burst your gentility at the seams. The plumbing was not up to the force of change, either, and your poor Mama died: from an invisible speck that entered her lungs—no one knew was there, or from where it had come. Until too late.

I have learnt, Islington, during my wanderings, that you were first mentioned in the Domesday Book, and are now home to wealthy politicians with names like Tony and Gordon, and rich tailors, artists and architects; and mothers wheeling baby boys in fancy costumes, navy-hooded prams.

Just around the corner from your childhood street is another England now: of hookahs, gaudy satin gowns in shop fronts the size of broom cupboards; and Cypriot, Algerian, Moroccan, Ethiopian and a hundred other odd tongues wagging. A multicultural district you would not now recognise.

Auntie Louie’s letters kept us all in touch with Old England like spiders’ webs breeching the gap of time and space, from the genteel Mepham household that succoured you.

I walked along the streets near Finsbury Park where you once played. Opposite Finsbury Station, I found the mosque where dark angels—refugees, along with British converts— once met, not so long ago, to pray, and to enlist: jihadists to a stark world view of Taliban Islam. 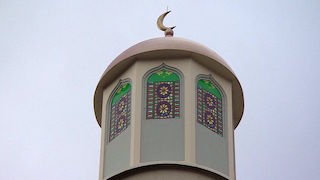 They wouldn’t let you touch her, when she died in your father’s arms.  I heard your cries as I stood before the house: “Papa! Papa!” But he was gone off, too, that other Skivington; off like a bird in flight, afraid for his sanity.

Auntie Louie, though, hugged your skinny boyness to her ample breasts and said: “My Angel, everything will be alright. God is good and He knows all: what is and when and why.”

You were cosseted in this female household, clothed and well fed, and sent to the best school in the district, pampered and petted and urged to do your homework every night. And Auntie Louie, bathed in unexpected motherhood, became your Alma Mater.

But as the Victorian age ended, Grandma Mepham cried: “He’s out of control! William, my son, what is to be done?”

You, Angel, an arrogant teenager, sliding downhill, with Islington on the skids, alongside of you.

Captain of ships going to the colonies, William Mepham said at once: “We’ll pack the young lad off to the Antipodes and see how he fares oer there. I’ll put him on one of my ships as cabin boy. He’ll have to sink or swim!”

I am late in understanding. I took your dry wit for Old English reticence, your silence about the past as lack of imagination, or even worse, of love.

“History is a useless subject,” you said.  “Don’t go back over old winding streets of pale regrets.  In any case, Hitler’s bombs destroyed all evidence of my childhood days!”

Lucky, you were, to be relieved so swiftly and permanently, of past ghosts.

I am sorry too, for my foolish ignorance. The arrogance of youth. In not knowing until too late, Ernest, my long-lost grandfather, about your past: you who gave us your name, which rhymes with Islington. 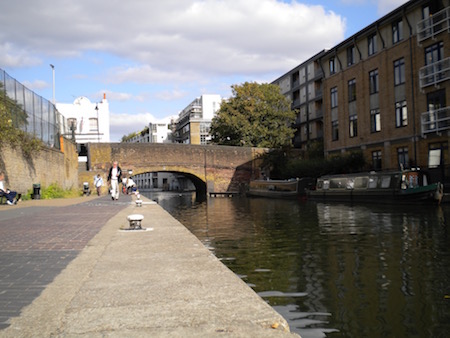 The Angel of Islington was last modified: April 9th, 2019 by Anne Skyvington
in search of an ancestor and his storyin search of grandfather skyvingtonthe pathos of not understandingWhat is the Angel Islington?
2 comments
0
Facebook Twitter Google + Pinterest

Thanks Susan. I have fixed up some glitches. It was written for a BWG Reading long ago and was in need of editing. Makes me realise how much our group has helped!