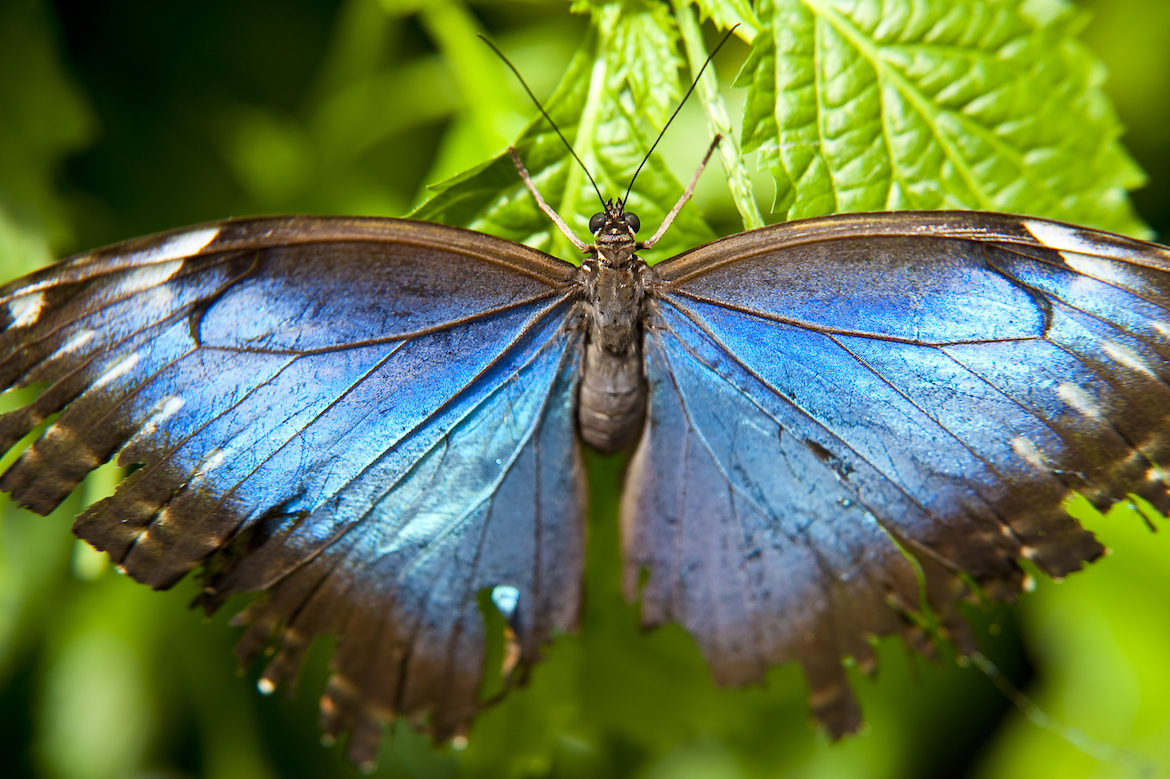 Was it just self-esteem problems, or did it go much deeper than that?

I’d been married for three years. This had involved a huge leap for me. “It’s for the birds,” I used to say, “my parents were miserable when conjoined”. 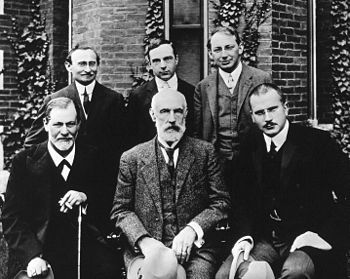 I was, at the time, teaching, keeping a dream journal, reading Jung and Freud, and having Gestalt therapy.  As far as spiritual matters go, I was the original Doubting Thomas;  I was married to a scientist, and surrounded by atheists.

This day, I’d been massaging Mark for a tension headache that he’d had since childhood.

We’d fallen asleep on the couch together. It was around lunchtime.

I go into the kitchen and put the glass pieces in the bin.

I have no idea what the object is, nor where it has come from.

Two weeks later, also on a Saturday, Mum calls me from the North Coast, telling me of Dad’s first stroke. Mark and I catch a plane to the country airport. I feel invisible hands holding the plane up in the air. Gone is my usual fear of flying.

Mum picks us up and drives us to the hospital. She talks non-stop as is her habit, all the way across the crooked bridge and out to the hospital opposite the gaol.

I sit at my father’s bedside. I feel closer to him than I’ve ever been before. We’re communicating, even though he’s in a deep coma.

“I love you, Dad,” I say, for the first time. We’ve never been good at words together.

Mum and my two sisters are outside on the verandah, talking. I go back inside and say the words again, “I love you.” Like an actor rehearsing a role. Only this is for real.

I touch his craggy skin. His heart beats strongly in his chest. He’s only sixty. Far too young to die.

After three days, Mark and I drive Dad’s car to the  Coastal resort my parents have recently retired to. I’ve to pick up his pension cheque from their flat. I notice Dad’s brown felt hat and his wallet on the table. 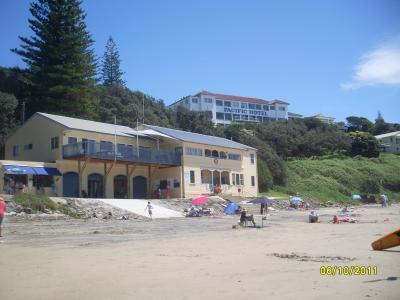 It was nearly lunch time, so Mark and I walked across to the white pub, seated high up on the cliffs, overlooking the Pacific Ocean. Meals would be served at twelve o’clock. I sat at the window and looked out at the horizon, dazzling azure blue, above and below. I took one sip of beer. A feeling like nothing I’d ever experienced, before or since, overwhelmed me. It was a sense of infinity and peace, so amazing that words could not express it. Tears welled up inside and trickled out.

Then I “heard” my father telling me that his life had not been so bad after all, despite the conflict in the marriage. He’d had nature, the bush, his cattle, horses, dogs and trees to support him.

It was like a gift from my father and I began to cry.

Tears ran in a silent stream down my face. 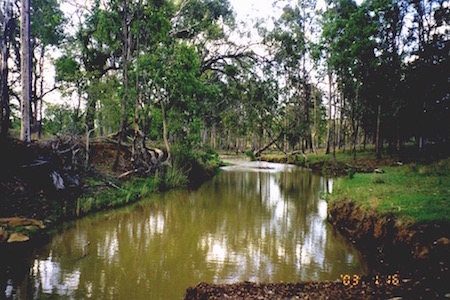 Mark stared at me in disbelief.

“Do you want to go down on the beach?”

“No, I just want to get back. To the hospital.”

Fish and chips, fresh and tasty.

As we ate, I talked about how Dad’s life had been. He’d been a self-made man, just like his father before him. How he’d loved the land and had managed to procure thousands of acres. All on his own. Mum had had different needs and desires. But they’d stayed together through good times and bad.

“I don’t want to be here in his car,” I said. He’d been careful about his possessions. Always thrifty. Mum had  wanted pretty things for the house and smart clothes to dress up in.

We set out on the hour-long voyage back along the Pacific Highway, the road constructed in pale concrete slabs, by soldiers returning from the War. The car made a sound as if a tyre was loose, and Mark commented on it.

When we pulled up outside the hospital, my brother-in-law was walking towards us. I knew then that Dad had gone.

I wanted to know what time he’d passed, but two of my relatives gave vague and differing answers. When I asked the sister-on-duty, she looked at her watch and said:

That was, indeed, the time of my epiphany.

The Agony and the Ecstasy of Change was last modified: July 14th, 2018 by Anne Skyvington
epiphanies linked to changeFreud and Jung: fathers of psychoanalysisinner and outer journeysnoisy spirits or poltergeiststhe death of someone close as a catalyst for change
13 comments
0
Facebook Twitter Google + Pinterest

This is so beautiful Anne, both as a piece of powerful life writing, and a precious memory.Who can explain this epiphanies? I’d love to read the complete memoir, if this excerpt is an indication of its quality. More. please!

Thanks Dina. But will the childhood memories, which make up much of the memoir, flow on from, and fit in with, these “grown-up” parts? It’s so hard to see it all as a whole at the moment. Thanks for always stopping by and commenting.

I find this excerpt of your memoirs disturbingly touching; I am variously pleased, made uneasy and perplexed by its content. I say this because, as you must understand, I am reading private details of your family’s life that are a tad unnerving, making me feel something of a voyeur. I feel like I really shouldn’t be there. If this is a representative sample of your memoirs, congratulations. I smiled, I nearly teared up, I cringed (all these emotions in just a few minutes) but at the end of the exercise I felt I quite enjoyed it and wanted more, thank you. I look forward to future revelations.

Hi Ian, Yes, it’s a bit personal, and I wavered about sharing it. But I’ve been reading memoirs recently, which have been similarly revealing. I had to get this memoir off my chest, before I felt that I could throw myself into fictional works. I think my strength lies in emotional honesty, whereas others might be gifted with physical bravery, for example going off to fight in wars; not me. Then again, I know of others who have had much worse childhood experiences than mine, and yet have not been able to break away from unjust parental attitudes and demands. I’m grateful to my parents for the “gift” of enabling me to become independent and grow, because of their behaviours, if that doesn’t sound too paradoxical or ironic…

dear Anne, a great topic. well done. you’ve been able to share your inner world on the page. not easy to do. keep going. Libby

I’m glad you like it, Libby. It was after much deliberation that I posted it. Something about the layout and online format, in this case in parts with headings, made it easier to present my personal stuff, and step back from it a little. Once it’s “out there” it seems like fiction.

it’s great that you’ve decided to become a more regular blogger, Anne. and a good idea that you’ve got some guest posts happening. now i know how to receive and send comments i’ll be more engaged with your blog.

Hi Libby. Thanks for the comment. You might want to spend some time trying to increase traffic to your blog by commenting on other blog posts. If you go to the Reader from the Dashboard, not in Settings, you’ll see a place where you can find other blogs that might attract you. Catch up again soon.

thanks for your advice, Anne. i’m still fiddling around trying to get the blog up properly before making contact with anyone. tonight i did the Gravatar. big achievement. now i’m trying to work out how to add a pic to my previous post. was the post clearly worded, btw, or should i rewrite it? did it make sense? i can see an ‘add media’ button on the post, but maybe that’s because i’ve published it already. any thoughts?

Reblogged this on Cristian Mihai.

Cristian, thanks for this. Greatly appreciated.

I love this… I feel so connected to you. As we both know these type of revealings can leave us a little vulnerable but how the world is so much richer from our truth. I love, love, love this exploration…

Great to get your comment, Ange. Aunty Yvonne always said we were similar. If ever you want to see how your story about your Dad looks on my blog, send it as an email attachment to my Gmail, and I will publish it as a Guest Post. I’m working towards having lots of followers, so it will receive positive comments, I’m sure. Also feel free to subscribe to my blog.