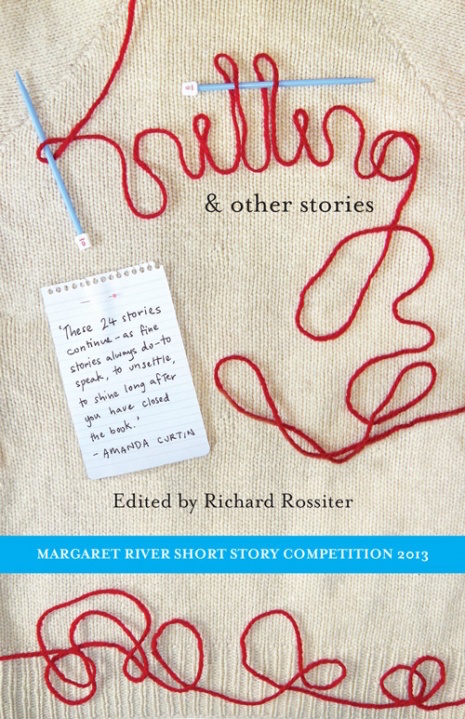 There are so many stories in this collection that possess one or other of the many criteria that attract readers: the humour and irony in “Down on the Farm” (Louise D’Arcy); the simplicity and empathy enshrined in both The Girl on the Train (Amanda Clarke) and “The Bend in the Road” (Kathy George); and the mystery in The Wolf at the Door by Daniela Giorgi.

The Bitter End by Jacqueline Winn

Jacqueline Winn’s short story got me in from the start because of the narrative voice. Here, the main character, a single mother of two boys, is a straight-shooter, who tells it as it is. That is, excepting for the part she leaves out, until the very end. The language is simple, conversational, but often masking depth, just like the narrator. I had an image of her from the outset: stoic, obstinate, pragmatic, smart.  She puts her young family above all else. The problem is that her ex-partner is almost the opposite; he’s left the family to live in the country and lives an apparently shiftless lifestyle.

The narrative is in the first person, and the reader gauges character from the tone of the language, from the voice. We glean certain characteristics of the missing partner from in-between-the-lines. There’s dramatic and structural irony in this tale, as it’s the two sons who determine to reunite their parents; and the end is in the beginning, the beginning in the end: a lovely symmetry.

But the ultimate irony comes at the very end: the revelation that the narrator’s scream at the graveside is not for love, but for a sudden realization of time wasted. And I loved the way the theme of time is treated, how time runs away with one:

Perhaps if I start at the bitter end. I’ll be able to find some sort of sense, some sort of rhyme and reason. If I begin at those words we commit our brother to the earth and take an honest look at the dreadful cry that gushed out of my mouth. In front of all those people, for goodness sake, strangers almost to a man, crowded into that tiny riverside graveyard, all paying their last respects to Mick. I’d planned to show more than a little composure, but when the celebrant uttered those final words, time whispered into my ear: that’s it, all over, done and dusted. And I howled like an animal suddenly cornered. I didn’t dare look around, but behind their back I could feel their eyes widening with misplaced comprehension: she must have loved him after all…And out of nowhere, time whispered in my ear: dust to dust, done and dusted. Then my awful cry.

That Summer at Manly by John Jenkins

The narrator in this story is Brian, who narrates the story in the first person. I had to read the story twice before I really ‘got’ the fact that he’s now middle-aged and telling this coming-of-age story from his continuing perch on a surfboard: “I’m a cork in the backwash, with the other ‘old-buoys’—as the joke goes—with our chipped boards and teeth, bobbing up and down, waiting for the perfect ride.” From then on, it’s a shift to Manly of his sixteenth year, told mainly in the past tense. There’s an early shift back to Melbourne explaining the reasons for his mother taking him and his sister on a beach holiday: “My angry dad, the irritable sad sack, now collecting ‘literature’ left by bible-bashers.”

The voice is initially a ‘memory voice’, that is, it echoes the rhythm of the sea and the waves, as it takes the narrator back to the past, firstly in the present tense, as he remembers arriving in Manly: “Our room is painted blue. I can see it now; it’s 1963 again….” The narrative proper then takes over in the past tense, helped by dialogue between several vibrant characters that Gail, Brian’s older sister, introduces him to. There’s Bruno, who had “long fierce eyes and a beard,” and challenges him mentally; Leone, who had “mascaraed eyelashes, a fishnet over her bikini”; and Tiny, “rat-faced and dressed in bell-bottoms so wide they flapped when he moved.”

As befits a coming-of-age story Brian experiences a series of adventurous challenges during the several days spent at the El Dorado in Manly. These include partying with and holding his own in relation to their new friends; teaching himself to body surf; surviving an encounter with a king wave; escaping from a stranger who tries to seduce him in the toilets; and having Leone treat his sunburnt skin, which sends shivers down his naked body.

The voice is of a mature man remembering fond events in the past. Simple dialogue is used to great advantage, and the language is sparse, which adds to the emotional impact of the coming-of-age theme. But the narrative events are separated by several more lyrical ‘present tense’ segments, which points to the narrator’s continuing love of the sea, and the power that this coming-of-age story holds in his memory.

It’s a well-crafted story, which holds the reader’s interest through the twists and turns of the plot, aided by a variety of linguistic features. There is no real climax to the story, rather a fateful ending, when the narrator watches night board riders “in a single, unbroken passage of grace and skill, right up to the shore.” The ending is, like the beginning, appropriately lyrical.

I like this story for its symmetry, the parts split between a ‘memory voice’ and a narrative voice that recounts past events, the two voices linked by sea imagery.

Notes on a Scale by Kerry Lown Whalen

Kerry Lown Whalen’s “Notes on a Scale” contains so many elements that make it stand out for the reader: interesting characters and themes, humour, intrigue, suspense, and a clever plot. Kerry uses dialogue cleverly to advance the plot, and her attention to detail in describing the setting suits this story well. I also noted the jazzy language that begins the story and sets the reader on a course of discovery along with the narrator: “It throbbed through the first floor, its form and shape indefinable. Solid yet haunting it insinuated itself, found its pitch then dropped to a lower key. I listened, ear pressed to my apartment door. Like a wailing siren, the sound rose and fell. I fled to the kitchen.”

The narrator, Evie is outgoing and curious to the point of being nosey. This is also part of her charm, as it leads her to connect with others. By the end, we realise that she is also prone to flights of the imagination and is overly suggestible. However, her point of view carries the reader along with it until the resolution, when she is mistaken but unapologetic. Her partner, Gill is more pragmatic and appears as a foil to her personality. Another fascinating couple of characters are Boris and Nadia Borovsky, who live opposite Evie and who play classical music together, “her foot pumping the pedals like a potter in rural Russia, the couple’s music swooping and diving like plovers in springtime.”

Evie plays the role of detective in a sort of thriller or mystery tale, trying to get to the bottom of the sounds coming from the downstairs flat; she assumes that it is “sobbing. Gut-wrenching sobbing.” The other main character, Kay, a lawyer, feeds into Evie’s over-dramatic (gullible?) personality almost too explicitly. She has relocated from Victoria to Sydney following the death of her mother, and suggests to the two women that she might be in danger from a stalker.

I really enjoyed the twists and turns in the story, and the suspense it builds up by suggesting an impending attack on Kay; locating the events within a simple apartment block adds to its authenticity. The writer cleverly plays with the theme of individual perceptions, often mistaken ones, utilising the motif of music and differing standards of appreciation to develop the theme. 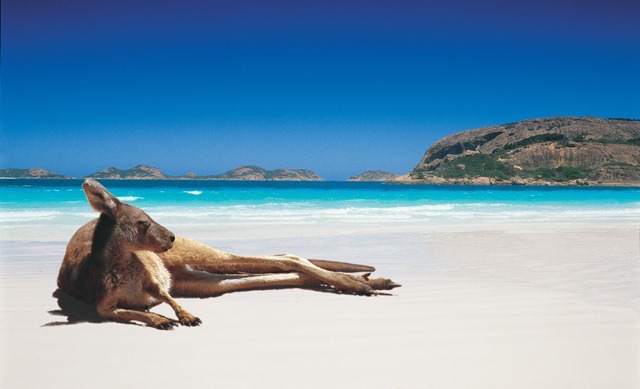 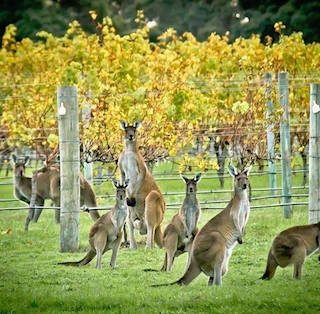 Review of Knitting and Other Short Stories 2013 was last modified: July 13th, 2018 by Anne Skyvington
a review Knitting and Other StoriesNotes on a Scale by Kerry Lown WhalenThat summer at Manly by John HopkinsThe Bitter End by Jacqueline WinnWestern Australian writing
0 comment
0
Facebook Twitter Google + Pinterest