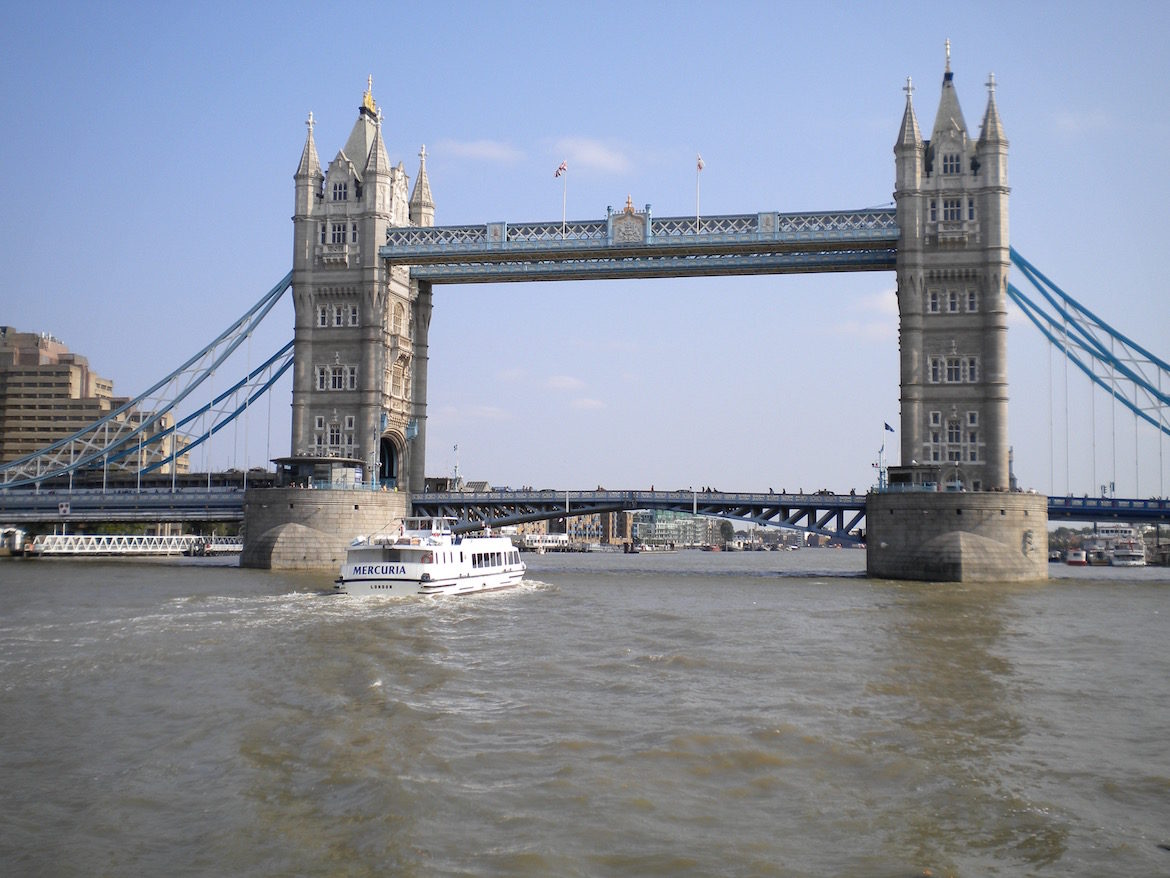 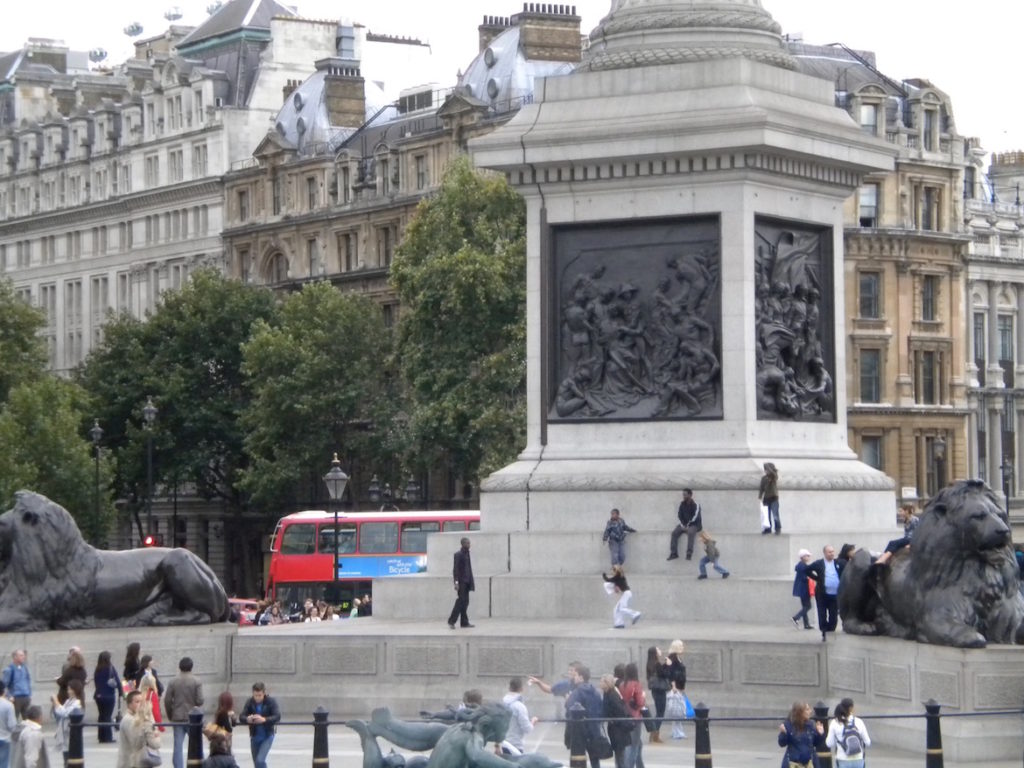 While waiting to get on the underground, who should come along and get in the same carriage, but Ann Packman, Mark’s colleague, who is attending the Oxford Dysfluency Convention with him. Then the hard part began; we had to take the subway during peak hour from Heathrow Airport to Russell Square Station, about two dozen stops further on. We are staying for two nights at the Russell Hotel, opposite the Russell Park with its oak tree planted in memory of the people affected by the terrorist attacks on the transport system in 2005. It’s a fancy-looking hotel with chandeliers and floral carpets in the Victorian style. Comfortable but fairly basic inside the rooms.

Samuel Johnson once said: “When a man is tired of London, he is tired of life.” So true. There is so much to see and to do in this grand metropolis. Wonderful theatre, pubs, art galleries, museums, monuments, and, of course, shops and markets. 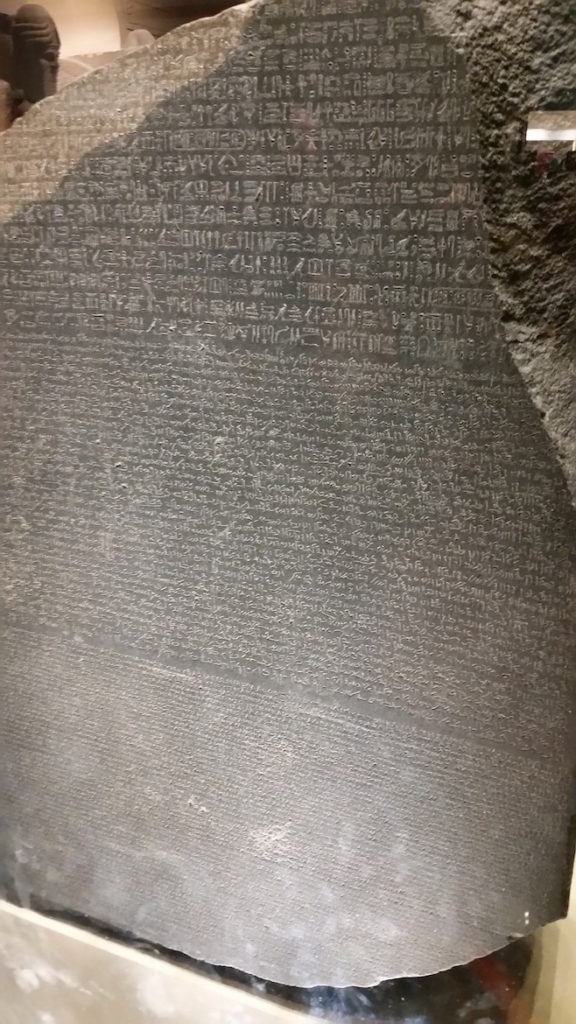 I have already seen the Rosetta Stone at the British Museum (not far from the hotel).  I’ve hopped on a tourist bus to see Fleet Street, St Paul’s Cathedral and the Tower Bridge, and I’ve taken a ferry under six of the bridges across the Thames. As well as walking, walking, walking; getting lost in Covent Garden in the West End; and walking again for hours.

What strikes me is how different this culture is from our Australian one. I have become obsessed with the quaint place names and have started memorising some of them: The Elephant and Castle, Ye Olde Cock Tavern, The Slug and Lettuce, Shoe Lane, Fetter Lane, the Wig and Pen Restaurant, Site of the Devil Tavern, and Toffee Nose of Covent Garden.

Yesterday was warm and sunny, and people lay on every patch of grass, many of the men shirtless, like seals on rocks. This is unusual. But, despite the relative lack of sunny skies, I could easily live in this place for a year or two. Like Paris, grey skies even suit it. And it is the perfect place for the art of “flâner”: to wander the streets and to discover something serendipitous around every corner. You’ve also got the big buses and the underground to take you all over the place.

I want to come back to this amazing city, which my paternal grandfather, Pop Skyvington, left when he was sixteen. 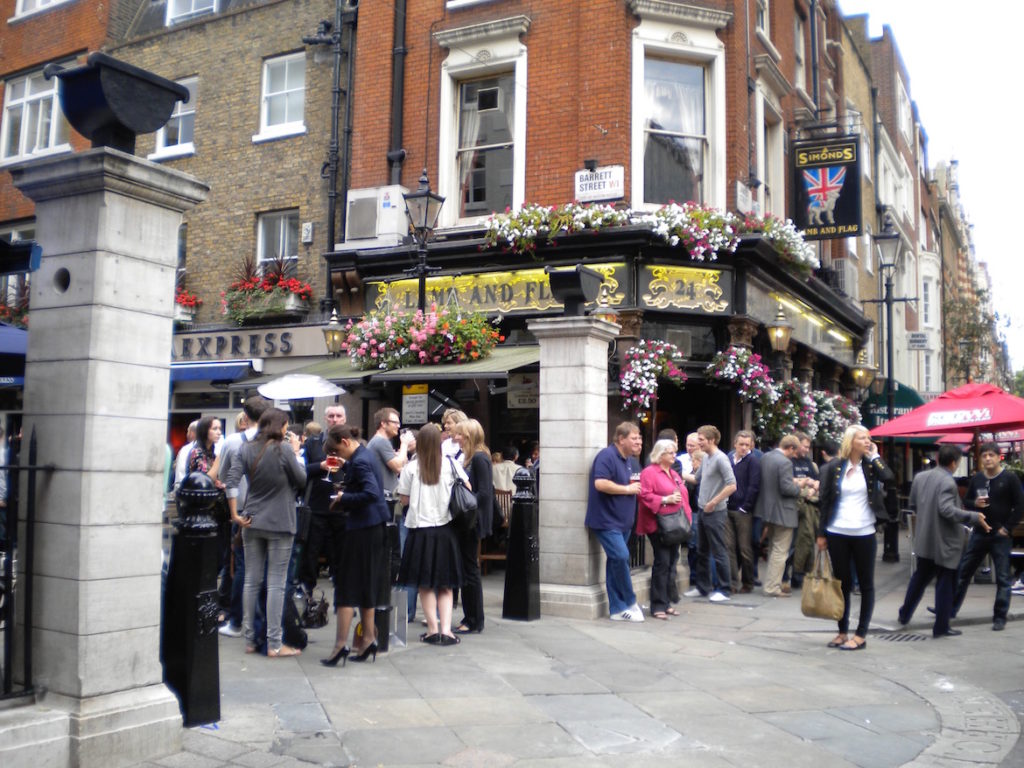 Londinium was last modified: July 13th, 2018 by Anne Skyvington
Covent Garden in the West EndSamuel Johnson on boredom and Londonthe art of flâner in Londonthe tower bridge the main bridge in London?things to do and see in Londonwhere is the rosetta stone?
0 comment
0
Facebook Twitter Google + Pinterest