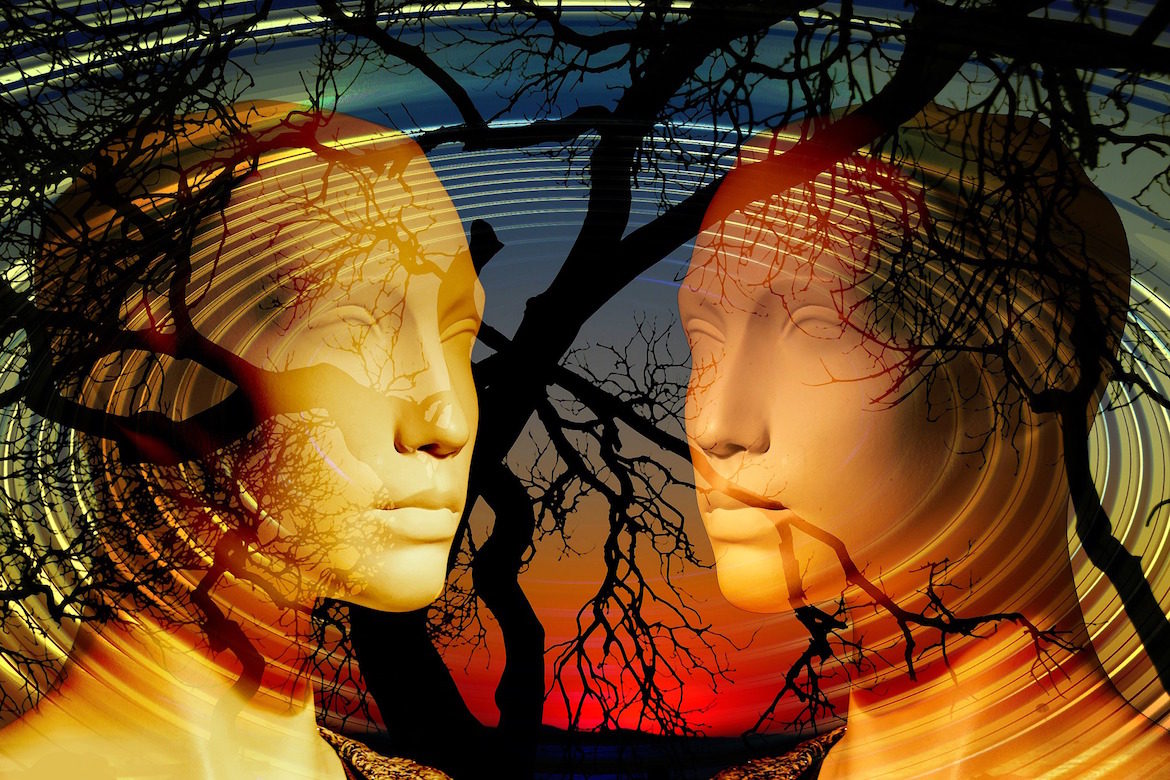 I must tread carefully here…

I have to be careful when discussing the concept of left versus right brained people, as I’m married to a scientist, who also happens to be a very creative person. He was an actor when we first met, but has for a long time worked in a left-brained (academic) field: researching best-practice treatments for treating stuttering.

When I follow the dancing lady figure closely with my eyes—many might see it as a puerile exercise or a trick—something interesting happens. I only see her turning right. Does this clinch the deal? I’m a right-brained person!

Many who subscribe to this idea of left-brained versus right-brained, believe that we are born with a particular leaning towards one or the other hemisphere.  However, I see this distinction as partly metaphorical, rather than literal. That is, we are probably utilising both hemispheres of the brain all of the time, when working mentally, thinking and using language. But certain tracts or pathways might be forged differently, certainly over time, for the creative versus the logical thinker.

Our daughter has inherited the two faculties in perfect measure: she can swing between a logical way of thinking and a creative approach whenever she chooses to. However, her preferred path is the creative one.  She is a very good artist, has always been attracted to drama, fashion, interior design, and communicating with friends and with people in general. She would not be happy sitting behind a desk, studying or working at a “monotonous” job. Yet, the following photo of her kiosk, part of a business plan she is constructing, required her to use skills that draw on both traditional left and right sides of the brain when required. The overall impact of the business will be based on her gifted creative skills.

Are You a Creative or Logical Thinker?

Overall, I’m probably a creative, rather than a logical thinker. Yet I’ve excelled in academic pursuits at certain points in my life, when I’ve chosen to do so.  At this stage in life, I have chosen to follow my goal of mastering creative writing (fiction and memoir) now that I have retired from full-time work.  And recently, in every survey I’ve filled in relating to this topic, I’ve been shown to fall on the side of “right-brained” rather than “left-brained”.  But only just.  That is, I’m using all of my brain, all of the time, but I’m currently favouring creativity, over logical thinking.  And it shows!

Which side of the brain do you think you favour?

According to the dancer, who whirled clockwise, I am definitely a right-brain, (creative) person. Yet I think of myself as organised, logical & objective – very left -brain (but only because the circumstances of my life made it essential to be these things, for survival). Does this mean the test is flawed, or that everyone sees the dancer turning clockwise? Or, alternatively, it might mean that I really am right-brained. What do you think?

Hi Dina, it could mean that, at the moment, because of your writing, you are using the “right brain” more than the “left”. From my memory of when I first posted this, most people saw it turning anti-clockwise. There are other survey tests online that you can do to back up your finding. Congratulations: you are right-brained!

I saw her moving anti-clockwise. I had to struggle to see her move clockwise. That’s surprising to me because I never would consider myself to be a logical thinker.

Hi, that is surprising. However, bp people are known to be above average in intelligence and highly creative. So, take your pick! All very creative people down through the ages have been “touched by fire”, as so aptly put by Kay Jamison in her book of that name. Perhaps you haven’t yet decided to go with your creative side.

I’ve chosen my creative side. I’m a writer currently working on a novel. Maybe I’m just an enigma 🙂