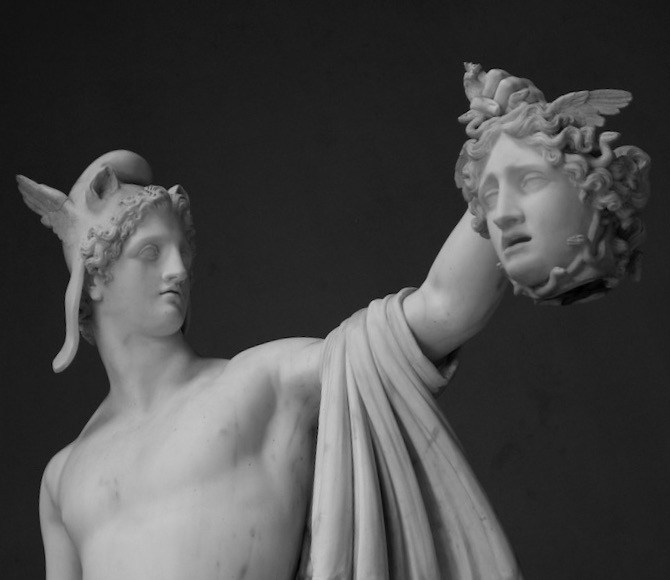 Are you  a planner or a laisser faire type when it comes to narrative structure?  Do you put plot, character or language first?

Aristotle, in Poetics, claimed plot as the main and most important function in creating aesthetic structure. Not much has changed today, although many writers prefer to start off writing without a strict plan in mind.

One successful Australian novelist has a vague idea of what she wants to write about, for example country life in a small village. But rather than planning the structure, she writes in segments and puts them together at a later date; this latter step involves  ‘finding’ the storyline, as opposed to having it at the beginning.

One advantage of this approach is that the writer can concentrate on ‘good writing’ as distinct from obsessing about the plot. She can create lively characters and vibrant language before having to worry about the story, which may eventually find itself or sort itself out.

On the other hand, I suppose the advantage of planning beforehand means that you, as the writer, will  feel more in control, as you know where you are heading. The narrative might be more coherent and believable for the reader as a result.

Ideally, of course, you’d try to integrate the two approaches. But it seems that writers tend to fall into one or other of the two categories.

Some writers like to experiment with different approaches, especially when writing short stories. For example, you can have an ending in mind and work towards that. Or you can have the beginning and nothing else and start from there. In one group I attended, a classmate tried writing without punctuation, or with minimal punctuation, and managed to create a brilliant story.

One of my best short stories evolved from writing about three colours, as a  constraint, which served to take the pressure off the need to tell a good story.

I have discovered that people who like control over their lives tend to adopt a planned approach. Many prefer this approach, especially if they are writing crime or science fiction stories, the preserve of many successful male authors. Women are more likely to be interested in character above all, and will choose to ‘fly by the seat of their pants’ as a first response.

James Patterson, who writes crime stories, is on the side of plotting as a first step. He creates detailed outlines of his stories before putting pen to paper. Kate Grenville prefers to write freely at the start and to search for a plot at a later date.

Fantasy writers and detective story writers will likely employ plotting as the favoured approach, as these genres are more focused on action than on character. Literary approaches would often require an emphasis on characterisation, imagery and stylistic features, which would place them on the laisser faire end of the spectrum.

Another more colloquial term for non-planners is ‘pantsers’, short for writers who ‘go by the seat of their pants’ in creating a short story or a novel.

If you get caught up totally in the ‘Dionysiac’ lust and chaos of ‘pantsering’, (going by the seat of your pants), you might get stuck and never finish, or fail to reach full potential. Then you’ll need to appeal to the ‘Apollonian’ side of your nature, involving the ability to be rational, ordered, and self-disciplined, and turn to structural processes.

However, too much planning may stunt your style, especially if you are a creative and imaginative type.

It is best, if at all possible, to remain with one foot in both camps, like partners in a successful ‘marriage of equality’, in order to produce a brilliant work of art. That is, start off with one approach, but pay homage to the other, at least at some stage or stages of the writing process.

For myself, I like to start off as a ‘pantser’ for the initial draft, or perhaps up until about halfway or three-quarters of the way into the novel. Then I take an opposite tack, and do what the planners do: consider where I am going, draw a timeline and ask questions about structure, narrative arc and beginning and end goals. That is, I consider the ‘big picture’ of the novel and work on making it better, tighter and readable.

First of all, see which side of the fence fits you naturally. Do you prefer to start off by writing in segments, or scenes, and just ‘letting the creative juices flow’. Or do you like to create a plan of your story, and, maybe, a concise plotline, before you actually start writing?

If you start out writing from Chapter One through to The End, as I did for my first novel, this puts you in the non-planner category. At some stage, you will need to consider structure, where you are going, as well as where you are coming from, that is storyline, plot and overarching themes.

At some point you might decide to explore the opposite approach to your favoured one. A marriage of equals is about a certain amount of compromise, and the best creative writing springs from experimenting, in order to find your niche.

Let me not to the marriage of true minds/Admit impediments. Shakespeare: Sonnet 116

Nice post!!! I’ve tried that a few times, only to find out I need to work in a linear manner.

Hi Clara: Thanks for your comment. It’s great if you can do that and still write stuff people want to read. I’m still trying.