When was ATC established? 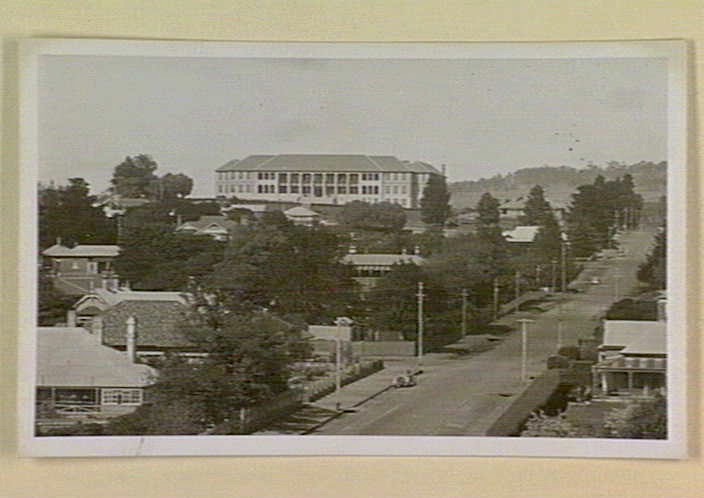 Armidale is a city of learning, being home to the first NSW Teachers’ College established outside of Sydney. The Armidale Teachers’ College is a heritage-listed (now former) tertiary college at 122–132 Mossman Street, Armidale. It was designed by the New South Wales Government Architect, Mr Tolhurst, and after the demolition of the Armidale Gaol. The foundation stone was laid by local member, D. H. Drummond, and the magnificent building was constructed from 1928 to 1931 by the NSW Public Works Department. It is an impressive building surrounded by formal gardens, high on a hill overlooking the city of Armidale. The College was built to train school teachers for country service, and played an important part in the establishment of the University of New England, which was the first public university to be established outside of the capital cities. The town also boasts two major cathedrals facing Armidale Central Park. ATC students came from all over the state and resided in various Armidale accommodation venues, mainly Smith House for the female students and Newling House for the male students.

The men’s dormitory for college students was the residence called C.B. Newling House; it was about a kilometre from the impressive looking college building where we had lectures each day. As we had to return to the residence for lunch, we had a compulsory four kilometre walk daily. This wasn’t so much fun in winter with black frost, and sometimes even snow, around well into the afternoon hours. I was placed in a room in Mr Ross’s block when I arrived. He was a psychology lecturer at Armidale Teachers’ College, who had a sympathetic ear for students and who was head “warden” of Newling House, named for Cecil Bede Newling, founding principal of the College.

Bob Ross was a handsome, well-groomed and very personable man. He was the target of any number of admiring glances from the female students, many of whom, I’m told, chose Psychology as an option to study. He retired in 1984 but soon launched into a second career, applying his counselling and support skills to needy groups, particularly within the Armidale Aboriginal Community.  His cheerful, friendly, self-effacing manner and his obvious love of life and concern for others, were qualities that endeared him to everyone he had contact with. Mr Ross spent endless hours listening to students’ problems, encouraging them and helping them through difficult times in their lives. Just as he was able to relate well to his students, he had a fantastic memory for names, and he was also completely at ease with his fellow staff members, who knew him as a man of integrity.

College was great. The standard of education we enjoyed was excellent, but it was at Newling House that my real “education” took place. It was a Darwinian game of survival, the Survival of the Fittest! We lived in each other’s pockets and the enthusiasms and hormonal excesses of our youth were exercised in physically rough and ready ways, but without malice, and so mateship was born. The two years of college were a huge social experience, rather than solely an academic one.  We had a ball!

We Newling “men” were housed two to a room in six corridor blocks, each of twelve double rooms.  A lecturer, sometimes with family, lived in a suite of rooms at the end of each corridor as a supervisor. A communal toilet complex and a separate communal shower complex served each section.  There was a common dining room, a lounge room for entertaining visitors, a billiard room, a music room, a card room and a number of quiet study rooms. Our social life was “interesting”. There were too many male students enrolled to fit into Newling House, so the overflow was housed in rented rooms in private homes around the town, but those fellows spent much of their free time in Newling House. Built of aluminium siding, the residence was a cold hole of a place, minimally heated by steam heaters, only in the corridors! There was no in-room heating at all.

I have vivid memories of those times … of communal shower rooms and communal toilets rooms with individual stalls for a semblance of privacy. Of Mrs Beatty’s corner shop, just a block away, with the Commonwealth Bank agency to cash our monthly stipend cheque.  Of Durries, snooker and pool games, table tennis, cards, the in-house student SP bookie, clothes swapping, secret toasties, pies and sausage rolls on Friday evenings, sitting on the corridor steam heaters, waiting for midnight so meat could be consumed without the stabs and pangs of religious conscience. Of trips to the pub or Tatt’s Tavern for liquid refreshment, and how about Meggsy reciting “What it was was football”, hilariously, in the common room?  Great memories!

Because of our youth, enthusiasm and innate competitiveness, we students engaged in an overabundance of sporting opportunities. Over the two years you could play a number of sports competitively, or just for fun and relaxation; basketball, tennis, squash, rugby, soccer, athletics, cross country, table tennis, hockey and snooker. We played something most nights and both days at the weekends. Participation earned extra credits towards Physical Education and Health marks.  It got us a lot of fun, too, both in the competitions and their celebratory aftermaths.

It wasn’t ALL high jinx and hilarity; there were times of intense study, assignment research slogging and group tutoring support. There were occasions of great moment, even international crises, which we discussed and argued about at length.  For example, “The Cuban Missile Crisis”, which resulted in me appreciating the importance of being nearly nuked off the planet, or the planet being nuked from beneath me, and being ever-so thankful for the negotiated settlement which meant it didn’t happen. JFK you were my hero.

In 1963 I would discover what REAL country was! when I graduated from ATC and started teaching in the first of a series of small schools.

In Praise of College Daze.

When I think about college one thing stands right out;
It’s the greatness of mateship, about that there’s no doubt.
I know that one person’s truth is another person’s lie,
But in praise of college mateship I’ll sing until I die.

There were some pretty cool gals that came out and about in Armidale in the 60s as well, most of them responsible for rev-v-v-ing up our hormones … mine included. Ahhh, those were the days!

See link to another post about the College, https://anneskyvington.com.au/the-class-of-1961-62/