what are personal myths? 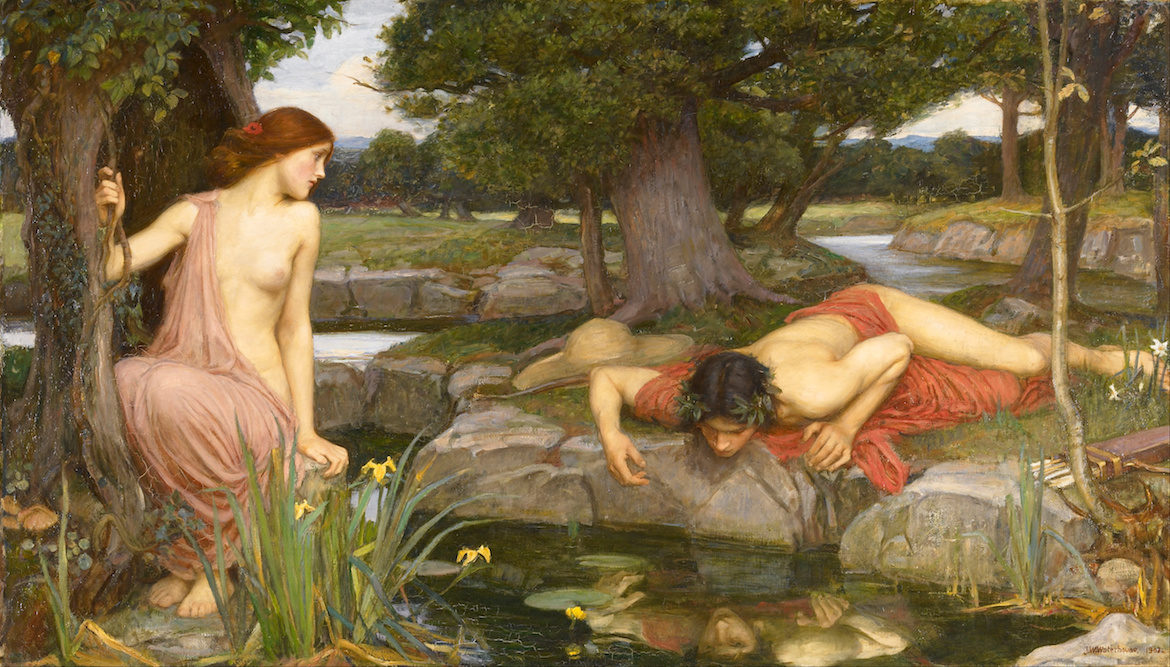 Another favourite of mine is Narcissus, because of its relatedness to current recognisable personality types, even within my own family!  Narcissus was the son of a river god and a nymph, but he rejected those who loved him, causing some to die for love of him.  Nemesis noticed his arrogance and attracted Narcissus to a pool, where he saw his own reflection in the water and fell deeply in love with it. Having developed an unrequited love that could never be reciprocated, Narcissus lost his will to live and committed suicide. In some versions of the myth, Narcissus stared into his reflection until he withered away. In all versions, his body disappears and all that is left is a narcissus flower.