That Eye the Sky by Tim Winton 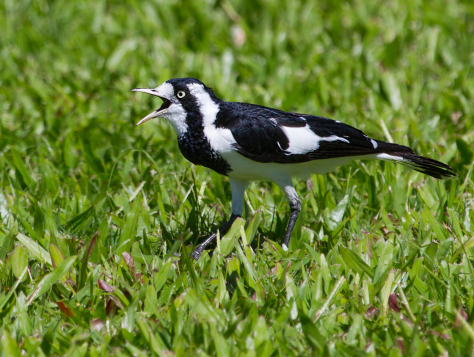 Children wanted everything! All the time, all at once! If she’d realised what a child was, before she’d accidentally made one, she would have run a mile… Bloody Nixon, born whinger, crying when he came out, starting as he meant to go on. Nixon her first born, skinny and long as a rabbit, crying on the roof. … On the floor, where he usually laid himself, full-length in front of the fridge, to be exact, his mouth open so that you could see the black pit leading into his gullet. Sometimes she wondered what she could stuff in there to stop the sound: honey? Lollies? Her fist? He had the largest pair of tonsils she had ever seen: two fat glistening nubs of flesh decorating either side of his throat, two undulating, pulsing, alien attachments that fascinated her… She knew she didn’t know much about anything, not really, so now she thought about it she wasn’t even sure they were tonsils. (GriffithReview32, p.59)
Susan Johnson’s website