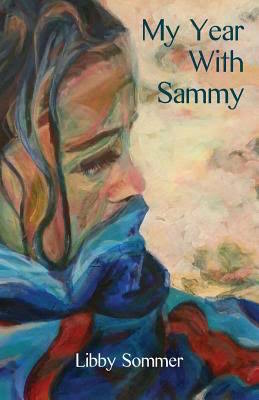 I’ve just had my review of My Year with Sammy by Libby Sommer published in the Quadrant Magazine under Reviews.

The review is entitled “Retrieving A Childhood.  I’m chuffed!

The Book: MY YEAR WITH SAMMY by Libby Sommer,

My Year With Sammy, by Libby Sommer, is the story of a free-spirited little girl, whose behavioural problems are causing anguish to those close to her. Sammy’s pain, expressed mainly through anger, leads her single mother on a wild dance to find some sort of a solution. It’s the grandmother, as narrator, who bears witness to this.

The passion and heartache of grandparenting is a central theme from the beginning. Other topical themes of interest to modern-day readers are set up in the first part. Split families, child behavioural problems, “modern” childhood disorders, such as dyslexia, ADHD, aspergers and autism,  medication versus re-education, and the overwhelming load placed on single parents, are touched on in this novel. The modern-day nail parlour full of women, counsellors for preschoolers, and grandmotherly intervention in relation to her daughter’s laundry duties, all add authenticity to the narrative.

But it’s Libby’s unique voice and writing style that engaged this reader from the outset, as the descriptions of a young granddaughter with a strange beauty are full of passion and poetry. Her use of dialogue without enclosed conversation marks is appropriate, given the genre and the theme of a free-spirited child. The beginnings and endings to chapters are especially notable. As reader, I was grabbed by the very first sentences: “Sammy said she doesn’t like kisses. No kisses and no hugs.” The narrator reveals things bit by bit, slowly, so that the reader can take part in trying to solve the mysteries at the base of the novel: What is the cause of Sammy’s behavioural problems? Will there be a solution in the end?

Sammy’s erratic behaviour suggests that something is deeply wrong, yet no-one can unlock the key to her violent outbursts and non-compliance at school and at home. She is such a complex mixture of extreme, yet charming, personality traits that the reader is keen to discover what will become of her at school and within the families. The cat is a continuing apt motif, linked subtly to the tiger as metaphor: the wild, wilful part of the personality, and to the idea of mystery. Is the grandmother right about Sammy (She was born this way)? It’s a very sensitive handling of the issues.

Stuctured in three main parts, the novel resembles a long poem, with a shorter middle segment and a longer (third) segment. The fourth part is merely a coda to signal closure, a sort of poetic finality, without total resolution. Poetic motifs and imagery recurring throughout, sometimes like a refrain—cats, tigers, Egyptian mythology, dreams, water and eternal childhood games and activities—add to this impression of poetry.

Despite her feeling of powerlessness, like all good mothers who have become grandmothers, the narrator ends the first part on a note of hope via Egyptian mythology: “I open my book and read the story of the lotus blossom that appeared out of the dark and dismal expanse of floodwaters that had engulfed the world at the mythical beginning of time. The blossom surfaced and opened its petals to give birth to the sun. I hold on to this Egyptian symbol of something beautiful breaking through from the darkness.”

The second part focuses on Sammy’s mother, Madeleine, and her skiing accident on the slopes of the NSW ski fields. This provides dramatic contrast, while highlighting some of the themes relevant to Sammy. The beginning sets up, via the grandmother’s unique voice, the mystery of connections and hidden forces at work beneath the surface of things:

“There are so many ways that it is possible to make a mistake, I am coming to understand—various, unexpected ways; when unaware, out-of-the-blue, a hidden obstacle, and an accident happen. …  I said so myself. We all make mistakes. … Madeleine’s father rings from the snowfields. Madeleine’s had an accident, he says.”

Real physical drama is added to Sammy’s psychological story at this point. The accident underscores the fear motifs, the dark and the insects, part of Sammy’s shadow side. These chapters reveal the tricky nature of Sammy’s problems and of dealing with them; her moods are exacerbated by school strictures and family breakdown. The child’s nightmare, and that of her mother and grandmother, continue throughout the story with only brief touches of reprieve. She is a brave little girl, but there are things in her subconscious that need to be looked at. Her over-burdened mother is unable to help her with these. Finding the right sort of outside help is the problem.

As a reader, I felt frustrated at this stage that there were no solutions for the family’s dilemma. Once more, this part ends on a spiritual note, suggesting hope for the future and a need for acceptance: “She might have had a third eye, if I’d concentrated hard enough to imagine it.”

Part Three is the longest section, and the most complex, portraying family life in all its minutiae and richness; it builds up slowly and painfully, but with snatches of light and humour, to a climax at the very end. There are going to be no easy solutions, but at least some realisations and small successes are achieved by the end of the chapter: the diagnosis, literacy classes, and an award for improvement. We realise that Sammy is intelligent, possessing a quick wit and a sense of irony about her predicament: “She said that, or something like it, how she got the first prize for being the number-one-dunce.”

Assistance from specialists results in a successful diagnosis towards the end of the third part. One statement that adds poignancy comes at this point: “Apparently, according to one of the specialists, Sammy and I are in a dance together.” The theme of running away links Madeleine and her daughter together, Sammy even stealing money from her family with this in mind. Towards the end of this part, Sammy has a final two-hour (cathartic?) meltdown, mirroring Madeleine’s own “running away” fantasy that occurs after this, at the very end of the chapter.

Gradually, it seems that the grandmother must stand back and allow her daughter, whose voice intervenes more and more towards the final resolution, to make a decision. Reading between the lines, this reader sees that Madeleine might need to take a reprieve from the stressors at home. Will she hand over the care of her little daughter to the ex-husband, at least temporarily, so that she can take a break?

My conclusion about this arises from the fact that Sammy’s two cousins and their united family enter this chapter in a positive capacity at the end. Their role in Sammy’s healing is shown, at the same time as a comparison is being suggested. For, lurking in the shadows is the issue of a broken family, and the jealousies and grieving from the past breakdown, that play a part in the whole story. Madeleine’s point of view is shown via a different voice, and with conversation marks added. The reader feels great empathy for her, as she tries to find a new partner, amid her feelings of failure and lack of control. The irony of Harmnony Day and Grandparents’ Day give added impetus to this perspective.

If I have used this review to uncover some of the mysteries at the base of Sammy’s, Madeleine’s and the grandmother’s story, it is because Libby’s writing conceals as much as it reveals, which is basic to the richness of the text. Like all good poets, and narrators of texts, she sets out to show, not tell about, this fascinating child and the family she was born into in all its complexity.

It is fitting, in conclusion, to let the writing show for itself the beauty and mystery beneath the text:  “I’ll tell Sammy about the great Pharaoh Hatshepsut, the only She-King of Egypt … Look, I’ll say, see the thirty rowers on each boat, side by side, slicing through the River Nile, each stroke moving them closer to Punt, and there—look—there is the homecoming: the potted myrrh saplings, sacks of frankincense, fragrant ointments, wood, ebony and ivory, all collected on the journey and brought back home…The great Hatshepsut, I’ll say. Egypt’s most determined Queen.”