How many children did the Jungs have? 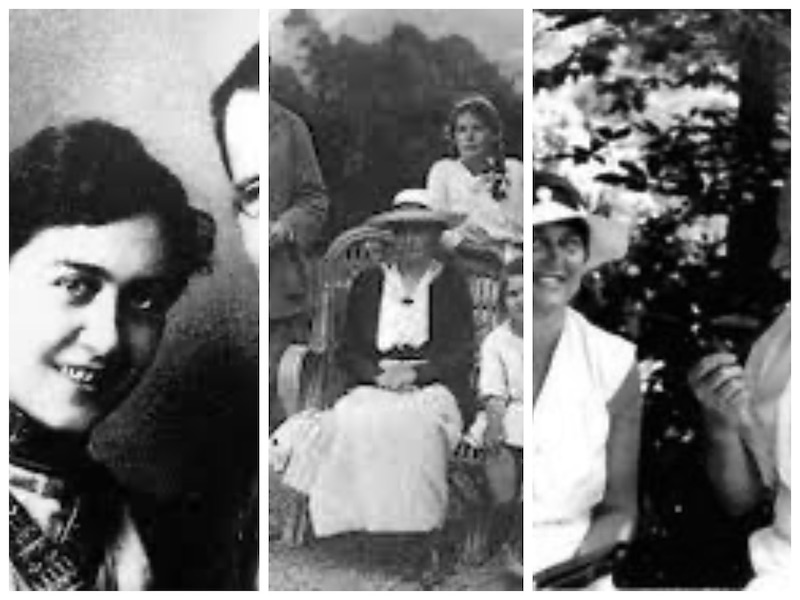 This is the first part of my short story based on the life and work of Emma Jung, sourced from books about Carl and Emma Jung.(See below). I have written it in the 1st person (close), imagining that Emma is addressing Carl in later life when they are both old. I wish to show Emma Jung from a woman’s perspective. What was it like, “warts and all”, being married to this great man, who left such an awesome legacy to the world?

I Am Emma Rauschenbach

I was telling our grandson Andreas just the other day, while out walking together, how he possesses the feeling function more strongly than I. He had just espied a darling dead chaffinch on the ground, and was kneeling over its poor lifeless body.

The words, Nothing truly dies that escaped my mouth, seemed to come from another’s voice, perhaps that of the dead bird itself.

When we returned home, you were there waiting for us with your old man’s rheumy eyes, teary from nostalgic reveries, no doubt. I thought How wonderful this togetherness, this Liebe, after all this time.

You often told the story of seeing me on the stairs at Olberg, my second family house, when I was a mere teenager. My words, as I turned towards you, struck you as prophetic, and you knew at that moment that I would be your wife.

But it wasn’t always a bed of roses, as you well know, my dear one. During the early years, I rarely spoke to anyone, apart from my sister and my dear mama, about the state of my marriage. But in more mature years, it sometimes helped, if not myself, at least my analysands, if I talked openly about my own marital sufferings.

My comments, usually triggered by passionate exchanges, always arrived at the same point: There were three occasions when I tried to divorce my husband.

Sometimes the remarks had a ricochet effect, being passed on one time with delight to that great founder himself, Herr Professor Freud. He used to call me “the solver of riddles”.

I was cognisant of the split looming on the horizon between you two; well before either of you were willing to acknowledge it.

Oh, how I would come to miss our intimacies, his fatherly attentions, my transferences. Our exchange of letters, if you care once more to read them, says it all. My sense of solitude was complete after the final break. We regretted it, all three, and mourned in our own unique ways. So geht das Destin.

Those words I spoke concerning my marriage, were often followed by a shocked silence.

Nothing much matters now, in any case. As you yourself never fail to suggest, we might even say that I won out in the end, by clutching onto the string, like Ariadne in the labyrinth, finding my way to this haven of peace.

Divorce was never an option. Was it by a dark Fate that I was placed in such a cruel predicament by the one I loved? The intervention of what you called your “second personality” deemed it so. Whenever I mentioned the possibility of a separation, your reaction was to fall ill or have a near-death accident.

I always gave in and administered therapeutic assistance until you recovered. How could I do otherwise? I loved you, you loved me, and there were five more of us before very long.

Having grown up in the Haus zum Rosengarten, in a mansion with a rose garden, on the banks of the Rhine River in Schaffhausen, my childhood, unlike yours, had been idyllic. I was ever cognisant of this fact and never lorded it over you. In 1903, after the grand spectacle of our wedding, you took me to a small flat in the Burgholzli Lunatic Asylum, where catatonic schizophrenics and hysteric patients wandered freely in the grounds. I was never bored, you made me laugh and learn. It was the early years of psychoanalysis. I found it fascinating.

The first three years of our marriage were idyllic. The births of our first two daughters, Agathe and Gretli, only added to the bliss.

Signs of angst arose during the days, nay weeks, leading up to that prophetic meeting between the two of you.

Waves of dread stirred within my breast, then and recently, a knowingness that I might have to leave you soon.

I had been growling about the time you spent on your work. Why did you need so many patients when I was supporting you with my inheritance? Actually, it was one particular patient, the Russian Spielrein, whose attachment to you would come to worry me most; as it turned out, Herr Freud, too, calling it “transference”. Yes, I acknowledge I was jealous; of the attentions women poured on you, and annoyed at your endless flirtations. Shocked, too, at my own dark emotions, about which I had been ignorant up until that time.

My outpourings of jealous rage frightened me, as well as you; but you were able to absent yourself, faithful always to your beloved body of work.

Seated on plush velvet underneath chandeliers, we waited for you, Herr Professor Freud, in the bar of the Grand Hotel near the famous Ringstrasse. I address you now in my imagination only. Carl had organized everything, so that nothing would interfere with this coming-together of two great minds, both intent on furthering the new science of psychoanalysis. We may have looked, to you, and to the outsider, like any young couple in love. Yes, we may have seemed happy together. Oh, how appearances can be mistaken.

My husband had insisted on bringing along dear Ludwig, his assistant at the Burgholzli, to act as chaperone and to guide me around the city. How I’d growled about that, too…. But could I blame this brilliant, impressive man I’d married, for taking control of every aspect of the event? He was well equipped to pursue his ambitions in the exciting field opening up before him.

As we walked along cobbled stones towards your apartment, Carl towering over your shorter yet dapper figure, Dear Sigmund Freud, my husband talked loudly as he was wont to do.

We joined your family of nine around the luncheon table. Carl dominated, once again, while your family listened with interest and admiration, you, sucking on your pipe. He, only interested in discussing psychoanalysis, was unaware of his lack of etiquette in not bringing the children and women into the conversation.

I left with my chaperone soon after the meal. Museums, especially the natural history one, beckoned me. How I would have loved to share these trips to the opera and to the theatre, or even to relax in the opulence of the Grand Hotel, with my beloved consort by my side.

But when you, Doktor Freud, talked about your ideas on sexual abuse being the cause of neuroses in later life, Carl begged to differ. Working closely with the insane, he had discovered for himself that sexuality and abuse were not the only variances at play in mental illness.

Despite this, he realised soon enough, that you, the wiser and older man, saw in him his legitimate heir.

It is 1911 and I am seated here among all the luminaries, male and female. I feel blessed indeed, especially being here with you, my dearest Carl, as part of The Weimar Congress. I feel you leaning towards me, your breath on my hair, as if protecting me from reservations about my own self worth.

‘You have proven yourself as successful a psychoanalyst as I myself,’ you proclaim, ‘and you will be known by future generations, to have been part of the establishment of this new field of psychoanalysis.’

‘It is all due to your efforts, my dear man,’ I reply, ‘by initiating me into this field of study and practice from the beginning of our relationship. For this I will be eternally grateful.’

Nor do I feel less worthy than any of the other women, neither those youthful ones to my right, the prudish Antonia Woolf, nor the more mature women, seated here alongside me. Herr Professor Freud, that elegant man, has spoken kindly of my accomplishments. For this photo shoot, he takes centre stage, standing tall with the aid of a stool, and rightly so: A giant among men, on whose shoulders future generations of great men will stand.

And then I wake up and you are no longer here. Or is it I who have died and this is all a dream?