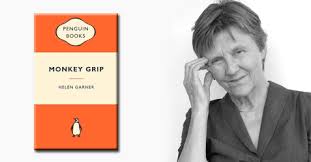 I’ve always enjoyed reading Helen Garner’s works, from the very beginning when my girlfriend Julie gave me the first novel by this gifted writer, Monkey Grip.

Admittedly, her reputation as a crusader or rebel grew with The First Stone, one of her more polemical works. In this work, she leant support to a master at a Melbourne university college, who in 1995 was accused of sexual misconduct towards two female residents. Radical feminists were appalled by her stance.

It showed up a dichotomy between older and younger feminists.