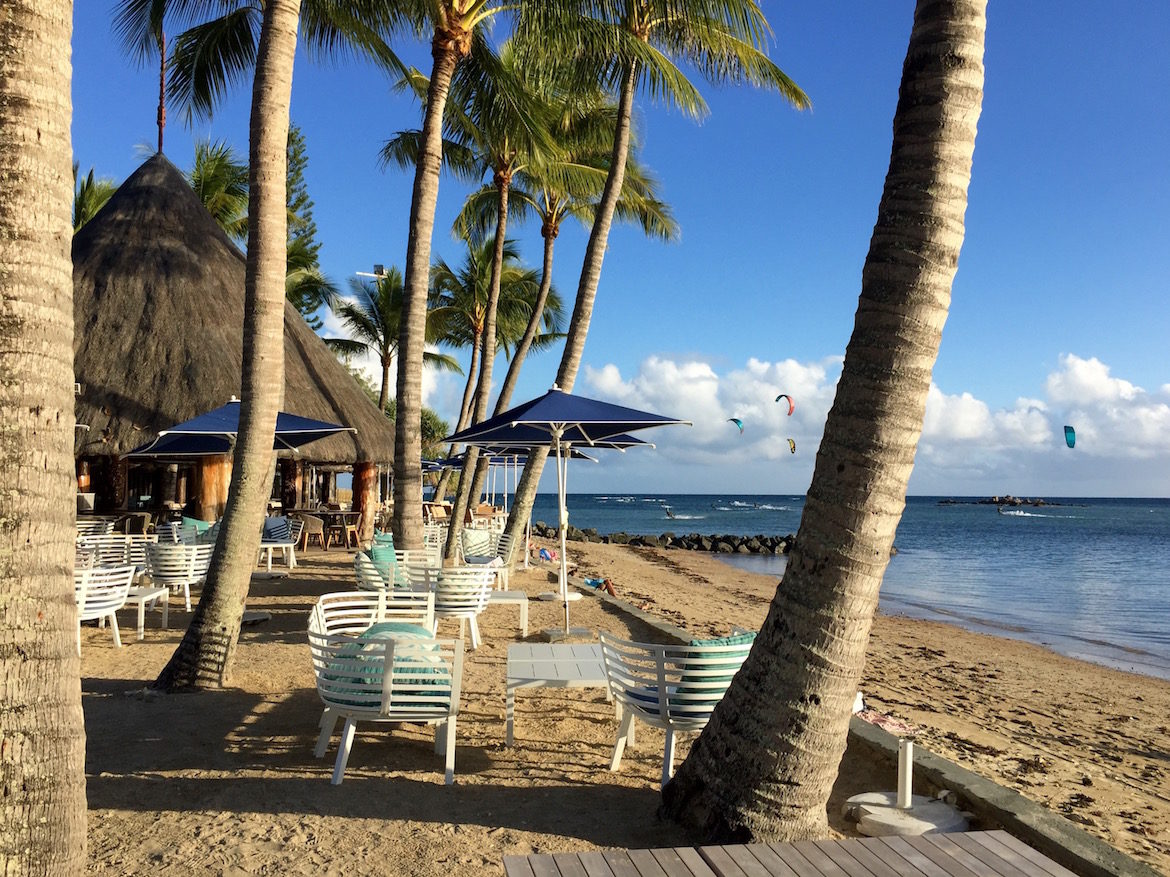 Noumea, the capital of New Caledonia (la Nouvelle Calédonie) is situated at the southern-most tip of the main island, directly east of Australia.  It has a similar history to Sydney, as It was set up as a penal colony for (French) prisoners. The indigenous inhabitants are Melanesian.

According to Wikipedia, Captain Cook first saw and named the conglomerate of islands that make up New Caledonia, because of resemblances he noted with Caledonia in Scotland.

In 1854, Napoleon commanded one of his generals to take possession of New Caledonia for France. Thirty-five percent of the population is indigenous compared with only two percent in Australia: that terrible word, “genocide” here?

From the moment we queued at Sydney Airport to board the AirCalin plane for the two-and-a-half hour flight to Noumea, we noticed the lustrous hair of many of the young women travelling with us: a feature of the islanders?

As we arrived in winter (l’hiver) with a temperature of 22 degrees, the wind factor turned us off the idea of swimming in the beautiful resort pool or the sea at our back doorstep.

Because of the “trade winds” sweeping the islands, modern youths, during the winter months, have taken to wind kite propelled surfboards that skim along the top of the ocean, sometimes lifting the skier above the water. We watched this from our hotel balcony.

There are 37 different types of palm trees growing on the main island. The Island of Pines, (l’Ile des Pins) is said to be the most beautiful of the islands, and has, by contrast, pine trees galore. That will be our next destination!

La cuisine, of course,  is excellent on the island.

Some of the original colonial style buildings are in stark contrast with more recent developments.

There are large numbers of unemployed, especially youths, in Noumea. Many of them can be seen lolling around in the central squares in town. We took a walk to the Latin Quarter: no chique cafés here, just another poor part of the town. 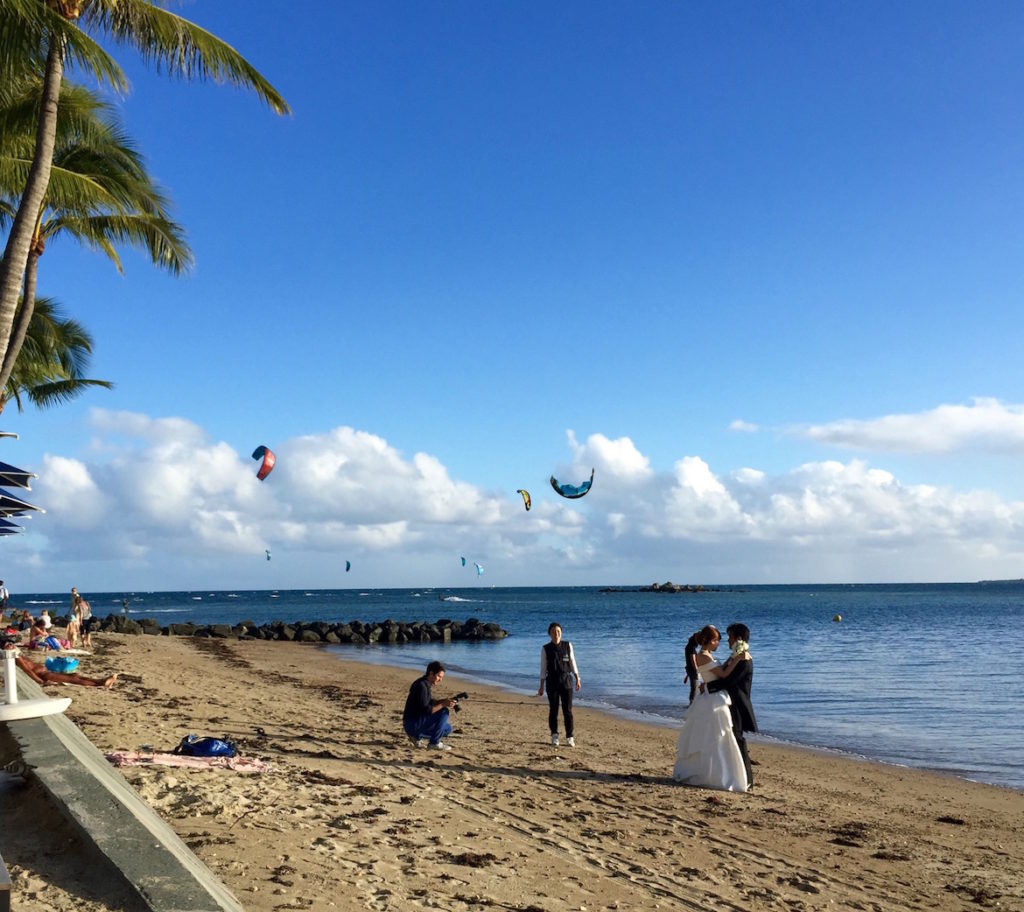 You can choose to get married here at this resort, and one couple did while we were there.

Some special things about Nouméa was last modified: October 24th, 2017 by Anne Skyvington
French food and language in the PacificNoumea in New Caledonia is a tourist heavensome special aspects of New Caledonia and its capitalthe trade winds in the island of new caledonia
2 comments
0
Facebook Twitter Google + Pinterest

A previous headmaster of mine spent several years here. Looks like it’s still as beautiful as he described. Enjoy!

Yes, it’s gorgeous on the beaches. Some grotty places, too, of course