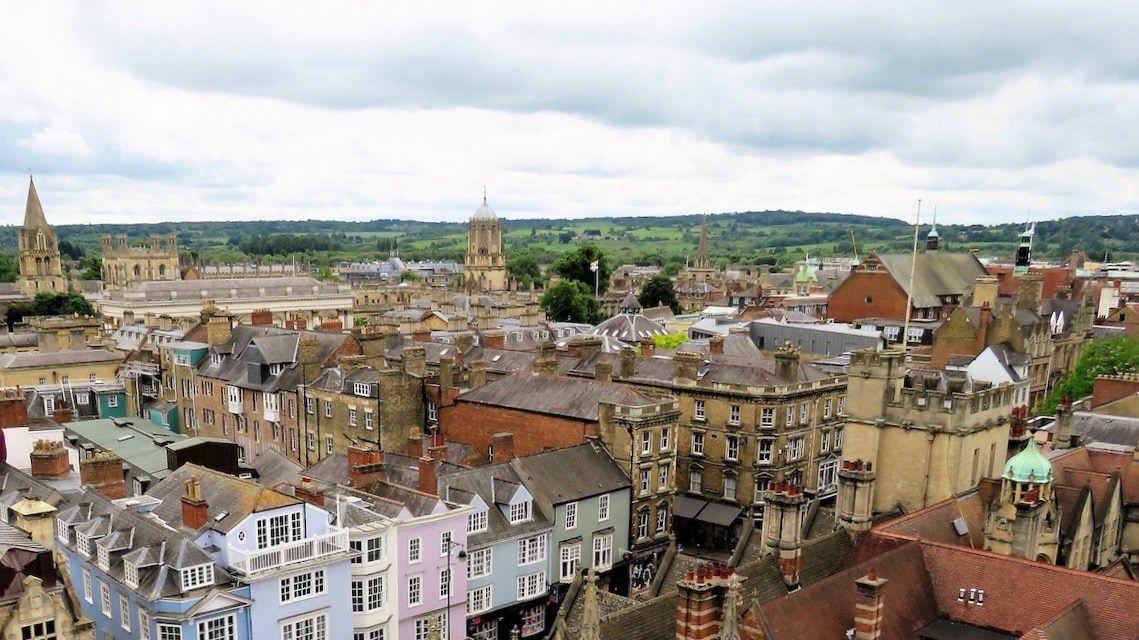 Same reason for being in Oxford—the Oxford Dysfluency Conference that my partner helped organise—same train trip from London; same College for accommodation. But this trip, instead of visiting university landmarks and museums, I spent the time with a niece and her boyfriend punting on the Isis River, which is the Thames in Oxford. Other activities included eating and drinking in taverns, and browsing in bookshops, of which there are many excellent ones in Oxford. I returned to the Turf Tavern several times for lunch. 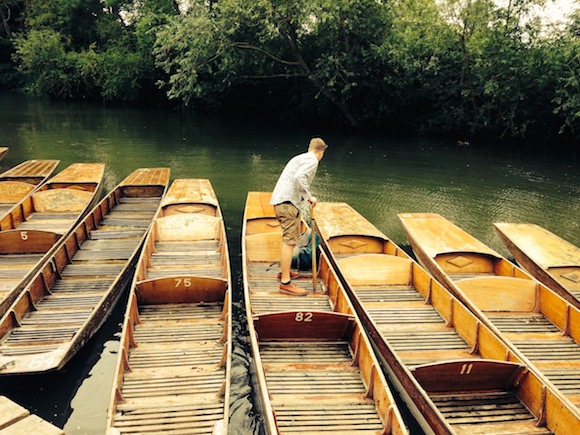 The Punts at Oxford

Because we hadn’t practised this activity before, Indiya, my niece, and I had to rely on Kyle to observe others doing it and to just give it a go. Being young, he caught on quite quickly and was able to pull the pole out of the mud without losing it or falling in. There is a skill engaged in steering the punt using the pole, too. Indiya tried but gave up after a little while; I didn’t attempt it, and just sat back matriarch style and enjoyed the ride. 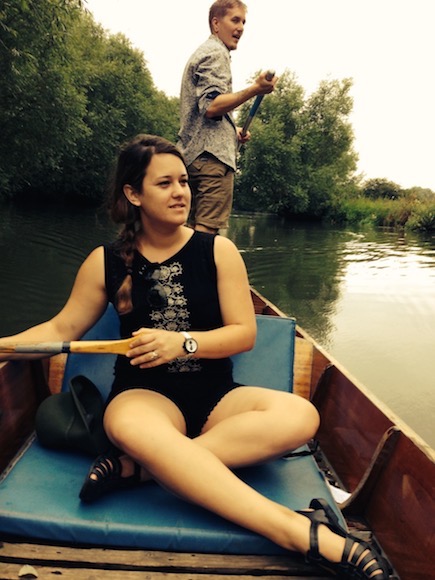 Indiya and Kyle punting on the Isis River

The weather was great, sunny and not too hot. We picked wild plums and cherries from overhanging trees along the river bank, and fed some of them to the ducks, including two little ducklings with their mother. A gaggle of geese, decked out in bright plumage, met our gaze as we turned a corner, and white swans sailed royally along beside us.

It was the day that the plane was shot down in Ukraine, such a tragic event, hard to take in as we sailed along the river, back and forth for two hours. Indiya suggested that World War III might be on the horizon. Such irony!

It was a day for us to remember.

Indiya and I thought of the novel by Kenneth Grahame, “Wind in the Willows”, a favourite from childhood for both of us. We wondered if it was inspired by this river, and thought of the reference to “messing about in boats”.

I spent a great deal of time looking for suitable copies of this book to take home for grandchildren, as well as of “Alice in Wonderland” by Lewis Carroll, aka Charles Dodgson, who lived in Oxford.

We saw the Queen’s swans on the river, as well as lots of ducks 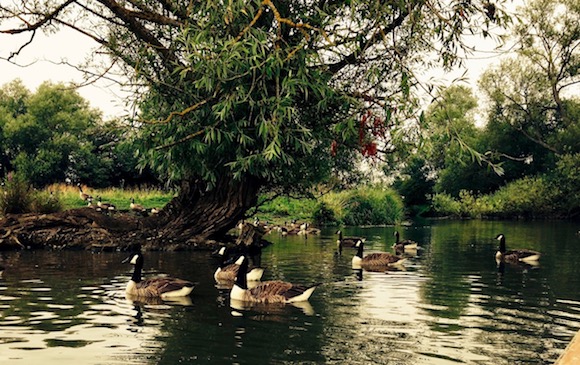 Ducks of all sorts on the Isis

Oxford Revisited 2014 was last modified: July 13th, 2018 by Anne Skyvington
Kenneth Grahame's Wind in the Willows might have been inspired by the river in Oxfordoutdoor activities to do in Oxfordpunting on the Isis River in Oxford
5 comments
0
Facebook Twitter Google + Pinterest

A lovely setting, Anne. I havn’t been to Oxford, but these scenes remind me of the Avon River in Christchurch, New Zealand.

I imagined myself there. It’s a perfect time of year to idle along a river.

Hi Kerry. Thanks for your comment. We’re back home already and trying to recover from the flights.

Sounds wonderful and relaxing. Don’t you love being round young people? I do. They are so accepting of we oldies, too.

Hi Lynne. Yes, it keeps you young, doesn’t it? I really missed my little boys, especially Mark junior, because I know he misses me. He calls me Gaga/