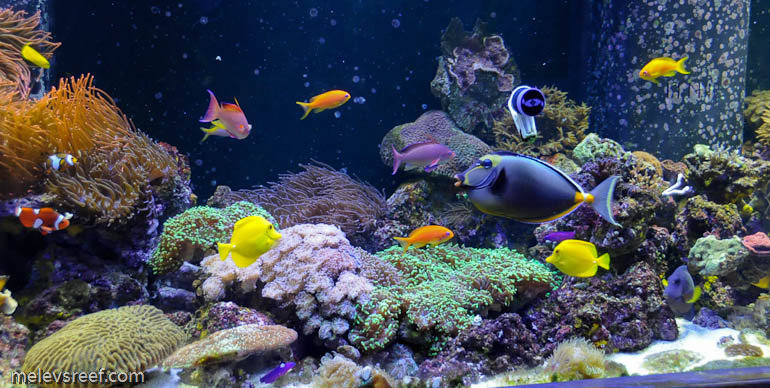 But my favourite place in Brisbane is South Bank Parklands, just across the river from the Central Business District. I love the fact that you can find a large beach for open air swimming just across the river in a city of more than 2 million people. The weather wasn’t good, but there were still people swimming in the pools there that range in depth from one metre in the children’s paddle areas, to more than two metres in sections watched over by a lifeguard. The Parklands also boast rainforest gardens, grassed areas, plazas, riverfront promenades, a Nepalese pagoda, restaurants, shops, fountains, and busy markets held on weekends. South Bank was opened to the public in 1992 on the site of the former World Expo 88 site.

While my partner was attending a conference south of Toowong, I caught a rivercat northwards along the Brisbane River, which turns like a snake north, south, north, south and north again until it reaches the ocean. I got out at New Farm and caught the next ferry–they come every fifteen minutes in either direction–back as far as South Bank.

After exploring South Bank, I took the rivercat back to the Regatta Ferry stop and had lunch at the grand-looking Regatta Hotel across the road. I’d made the mistake of thinking the weather would be warmer than in Sydney; after all, I’m originally from the New South Wales town of Grafton, 600 km north of Sydney and only 300 km south of Brisbane. It’d always been subtropically warm when I was a kid. So I’d underdressed for this trip.

It was cold out on the River; I was now hungry and thirsty; I ordered a XXXX beer on tap and a garlic pizza. It was amazingly good, although I could only eat half the pizza, and it was too smelly to cart back in my handbag to the less grand hotel. We were staying in the centre of the commercial precinct of Toowong.

When I got back, I read up on Toowong to discover that in 1965 two women, including a certain Merle Thornton, had chained themselves to the bar of the Regatta Hotel in protest at public bars in Queensland being restricted to men only. Merle is the mother of Australian actress, Sigrid Thornton. It threw me back into memories of Dad handing a drink to Mum through the window of the car, while he went back into the bar to drink with his mates.

Another interesting find in Toowong, was coming across a huge tropical fish tank in the Shopping Plaza that looked, apart from this, like any other Westfield shopping centre in Sydney.

I’d been reading about Baz Luhrmann in the newspaper, and the upcoming premiere of his movie ‘The Great Gatsby’. Looking at the fish in the tank reminded me of the scene in his ‘Romeo and Juliet‘ movie of the young lovers first catching sight of one another through the glass and water of a large fish tank with its creatures swimming past their faces seen through the water in the tank.

It seemed weird that I was the only person in the centre staring into the tank at the beautiful creatures and taking photographs of them.

Favourite Places in Brisbane was last modified: August 16th, 2017 by Anne Skyvington
being a tourist in queenslandriver cats carry passengers alogn the river in brisbaneSouth Bank Parklands just across from the CBD offer swimming in pools and beachesToowong has an interesting historical account of two women chaining themselves to the regatta bar in protest
2 comments
0
Facebook Twitter Google + Pinterest

When we were in St Lucia for the 18 months of Mal’s operations and recovery our daily walks gradually increased in distance and eventually extended down the hill to the shopping centre most days. We loved looking at that fish tank too, Anne. Finding all the hiding sea urchins was a regular pastime of ours. I love Brissie and all it has to offer. Thanks for the memory.

Hi Lynne
Thanks for your comment. So glad someone else noticed the amazing fish tank. I think that’s the hospital where my sister had her ear operation, and I visited her there afterwards. We stayed in a university college at St Lucia. Hope you’re both well now.