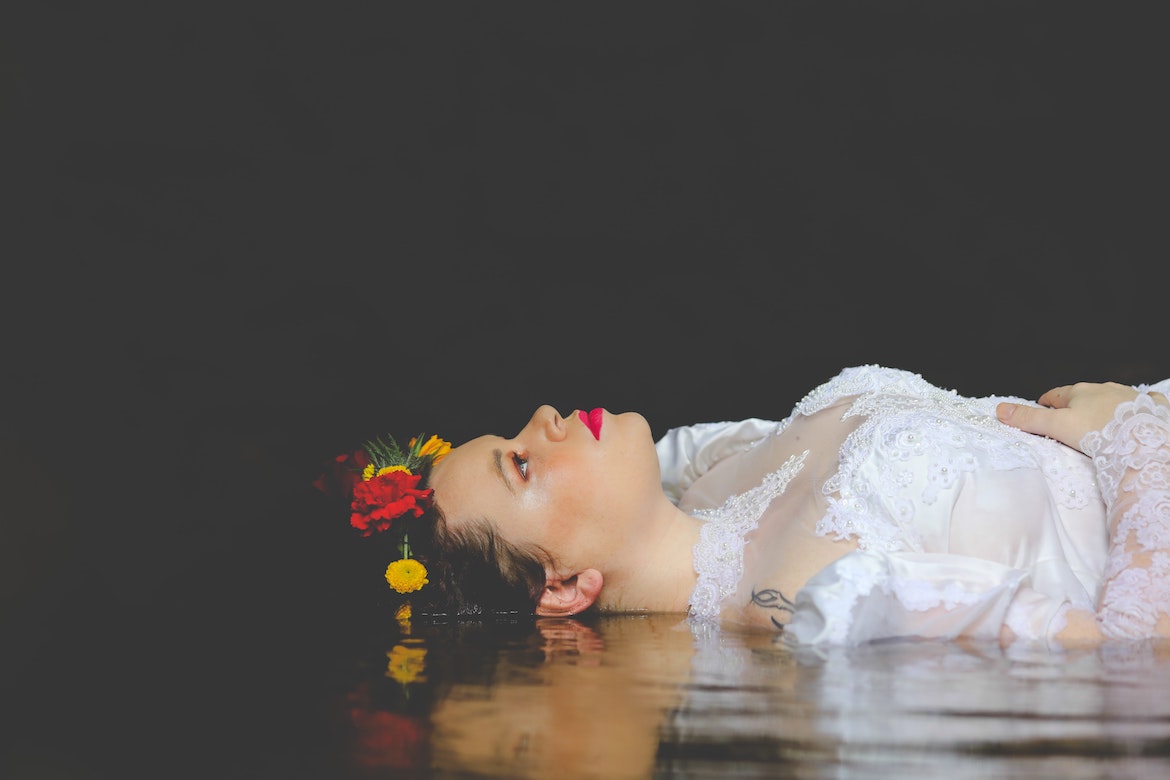 There are more things in heaven and earth, Horatio/Than are dreamt of in your philosophy.

Something extraordinary occurs at the occasion of a birth, and also at the time when a loved one is dying. If you are open and ‘tuned in’, you will experience this as something otherworldly and mysterious. William James coined the word ‘numinous’ to explain what can only be otherwise understood as the holy or the divine.

Since these are highly charged events, you might be inclined to say that it’s only natural, and nothing-out-of-the-ordinary that loved ones are hugely impacted at these times of high emotion. Yes, but no…

I’m referring to something much deeper and more mysterious than simply the emotional extremity of the effects of births and death. Special feelings and resonances occur, accompanied sometimes by omens and portents. The dying person calls out: Lift me, as he smiles, tranquil, and subsides into peaceful stillness. The newborn comes out quietly, blinking up at the lights, as if pleased to be here.

Sometimes there’s a shattering of the laws of cause and effect; a breaking down of the veil that separates our three dimensional world from other, perhaps parallel, universes.

Around the time of my father’s death, and for many months, probably years, afterwards, time and space changed for me. It was not that my earthly relationship with my father had been a deeply intimate one. In fact, quite the opposite. He was a quiet and deep thinker, whose ambition for land was a driving force. I was deep but bookish and in search of emotional fulfillment. We weren’t that close in a pragmatic sense. But on a deeper level, we shared important things.

It was simply that matter, phenomena, moved aside at the time of his death, and I had a glimpse, for a moment, into a different dimension. When I try to explain what happened in words, it comes across as the utterings or ideas of a religious nut, an extremist, a fundamentalist freak, a fool. I suppose it is akin to being crazy; I had a breakdown at some stage afterwards. I lay in the foetal position for months in front of the open fire. But then, a moment of grace: the madness lifted, and the light descended. Afterwards, it was as if my whole psyche had been shaken up and reformed into a different mix by the descent into the underworld. Afterwards, I was free of that demon Depression, which had shadowed me up until that time.

In other words, I had learnt that a wish for enlightenment involves a breakdown, a falling into the abyss, and a slowly coming up, shaken to the core. At least, that’s how it had been for me. I arose from this experience with a message for others: Be careful what you wish for.

A similar, if reverse, phenomena happened at the time of my children’s births. They were radiant experiences, even though the second one ended up as a caesarian. With my first baby, Kate, I experienced a change in consciousness as I opened up like a giant evening primrose and offered her up to the world and to the light. You might say it was the drugs; my bed was surrounded by entities, whom I later learnt were student doctors; but they played a role, like actors, in my super-charged experiences. You forget the pain afterwards, and the bundle of joy placed into your arms makes up for the struggle, the hard labour and the exhaustion. But I still remember the strangeness surrounding the birth events, reminiscent of stories of near-death experiences (NDE’s) I’d heard of.

During my first grandson Lee’s water birth, there were suddenly, and without explanation, five of us: the midwife, the husband, the mother-in-law, the mother and the father, surrounding Kate and her oversize stomach, as she lay in the tub of warm water ready to push. Andrei got in with her to support her body, and the rest of us each fulfilled a small task or offered a word of encouragement as the birth progressed. The energy and love in that small room was evident for all of us to witness. Warmth and the light of love seemed to flood us with its wonder and miraculous energy.

I felt alive for the first time in a long while, aware that this was what life was all about: giving birth, nurturing and developing a human soul, so precious, so vulnerable, so strong. There is nothing quite like it on earth, no feeling so powerful as that of pushing out a little human into the world. This is what has made me stronger, capable of protecting another life against all adversity, of mustering up courage in the face of fear, of drawing on all my human strength to nourish and nurture another being. Does this sound far-fetched, extreme, the mouthings of a fool?

Marriage, too, arrived with foolish trappings. I’d been lonely and falling into negative relationships for a long while. My main focus had been on gaining higher degrees; I was a perpetual student, striving to prove that  I was not stupid. It wasn’t even making me happy. In fact, the academic exertions, although successful, had played their part in my breakdown.

I was thirsting for emotional success, not intellectual satisfactions.

I hurried along the bleak corridors of Fisher Library, surrounded by rows and rows of books in metal and timber shelvings, the musty smell, the cold. I was crying silently. I don’t know if it was my spirit guides, or a god that I scarcely believed in, that I summoned that afternoon. But it was to someone or other that I cried out, wordlessly, pleading for them to come and rescue me from my alonenness. Perhaps it’s just that I was ready for change, ready for the next stage of beingness. Or maybe I was heard. Within a very short time, I’d met my life’s partner—an unlikely soul mate, in the person of an unemployed actor, ten years younger than me—at the theatre we’d both joined. It was as if that unreliable narrator that is Life, were playing tricks on me once again: I’d have to support us for years, for God’s sake!

But I was in love and ready to try out this new togetherness thing. Little did I know that the struggles that would confront us would be like those of Sisyphus with his ruthlessly downhill-rolling stone. And I learnt that no one survives this period without a struggle, especially if children are involved, as they were soon for us, too.

And then one day, out of a clear blue sky, the future and the past were conflated with the present. And we arrived at middle age with our lives intact and without having suffered any great tragedies. And with the ability to share a sort of peace and satisfaction together, just the two of us, at last.

Births Deaths and Marriages was last modified: February 3rd, 2022 by Anne Skyvington
How are birth & death events similar?What does the numinous mean?What is the myth of Sisyphus?Who was William James?
0 comment
0
Facebook Twitter Google + Pinterest

The Golden Ratio and How it Works...