Zac followed my partner along the footpath near our home, one afternoon when Mark was walking towards the gym. An Aussie Terrier, starving and weary. These gym sessions were daily events and sacrosanct at the time. This day, instead of continuing on his route, Mark bent down, picked the skinny runt up in his arms and proceeded to knock on dozens of doors up and down the hills, asking: “Does anyone know this dog?” No-one answered in the affirmative. We rang several vets in the area, looked out for ads and put up notices. Nothing. 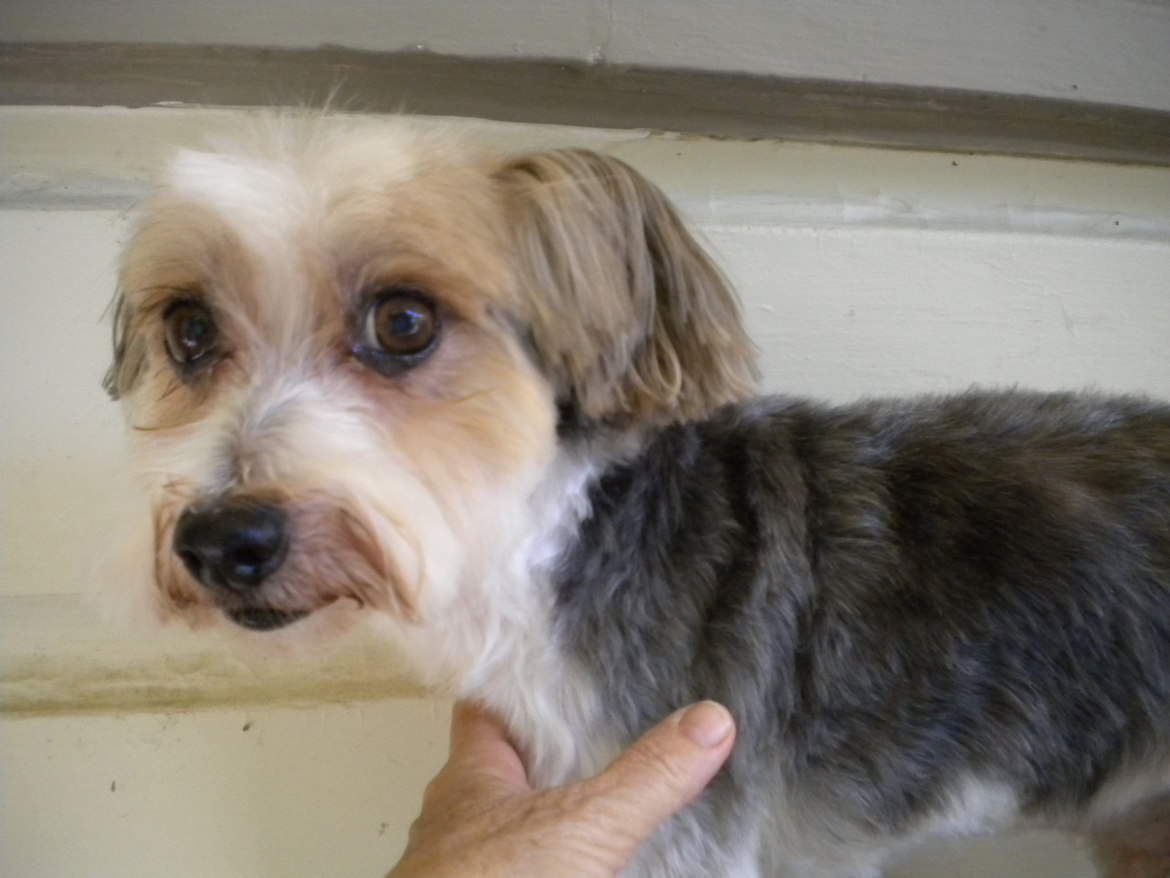 Our dog had no concept of recreational swimming, but he suffered from a severe strain of OCD (obsessive compulsive disorder) when it came to retrieving balls in the water. He was particularly gifted at this. 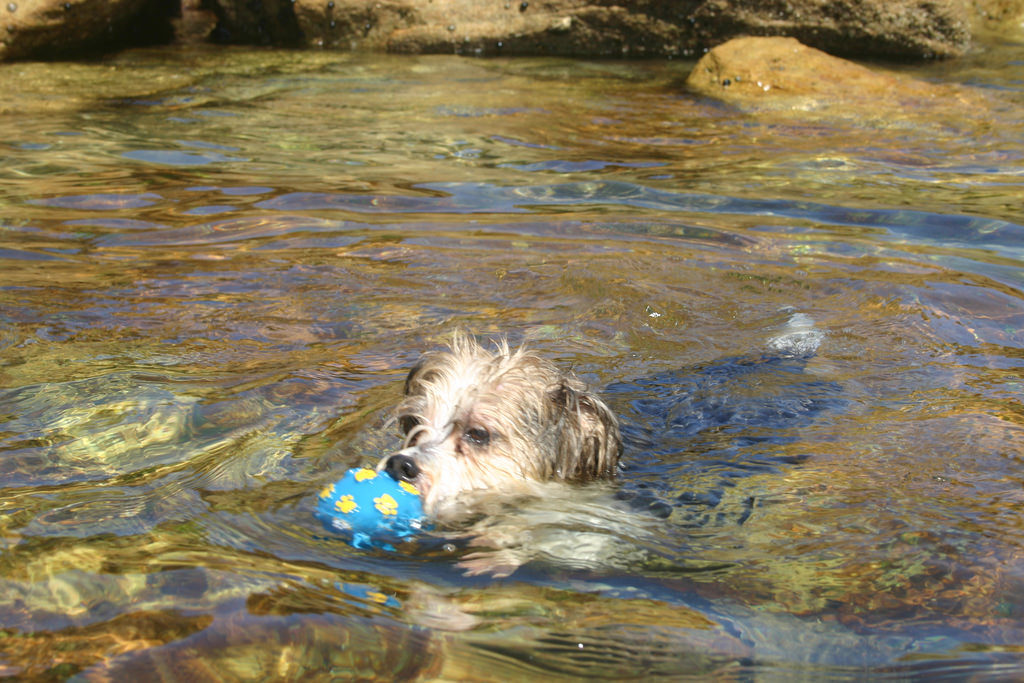 More than that, he could sniff out a hidden tennis ball under rocks and dig it out with his front paws.

One day, down at the dog pools, on the rocks by the sea, he found, during a ten-minute period, not one, not two, but three tennis balls stuck firmly under rocks, by using his supranatural sense of smell and his short little front legs. See photo below. 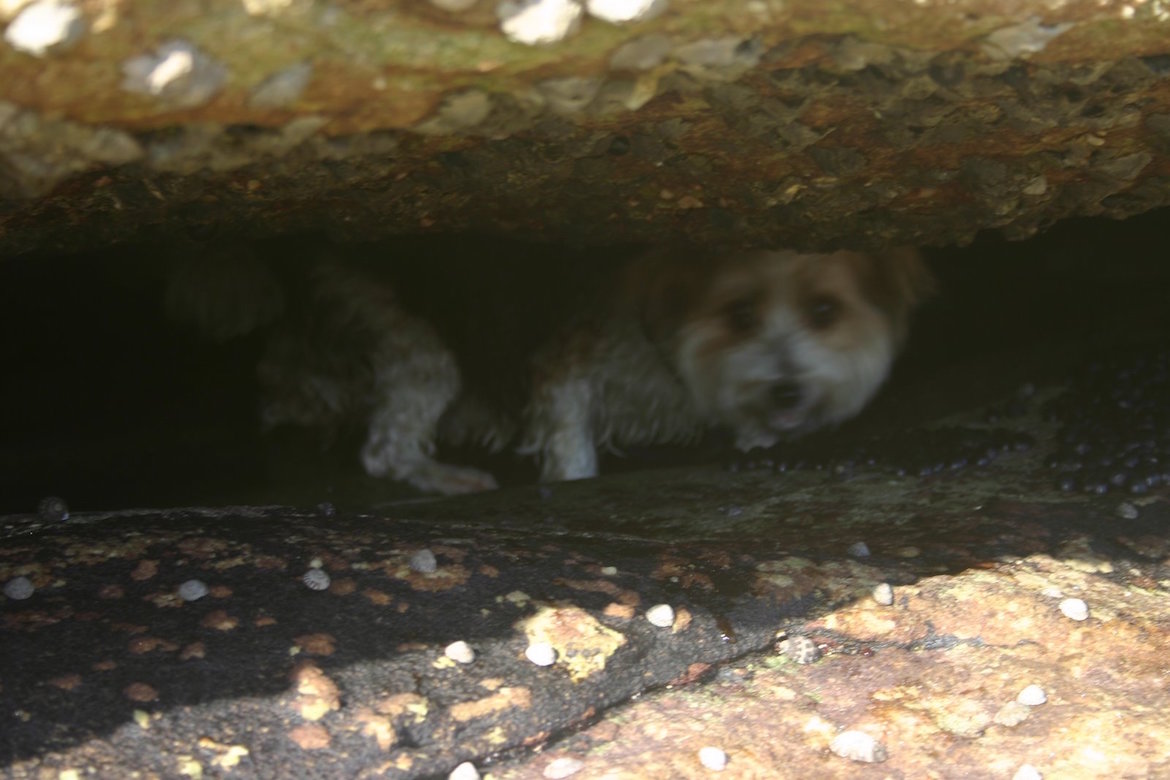 When you think about it, dogs are as varied in looks and temperament as humans. 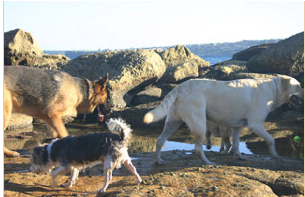 You can see big and little dogs, and big and little humans at the Dog Pools. And independent dogs and spoilt dogs. And funny signs and totems. The other day I met a young woman with a tiny fox-terrier cross and a large ‘blokey’ sort of dog, as well, in tow. In the course of our conversation, she said that the latter belonged to her boyfriend, and that they had moved in together several years ago.

At the risk of stereotyping, men often seem to like big or ‘butch’ types of dogs, such as alsatians and staffordshire bull terriers, while women tend towards smaller ‘cutie-pie’ dogs, maltese terriers and King Charles spaniels. 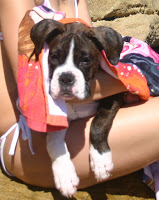 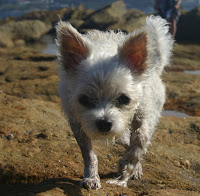 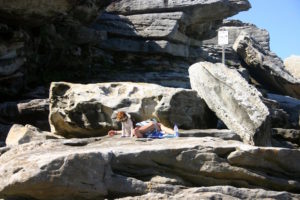 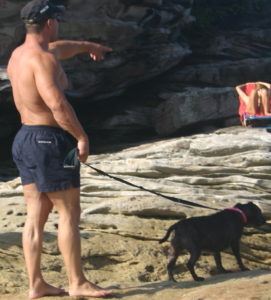 Our two children had left home and Zac was a doted-upon only child.  It was a good idea, as we were ageing, to have a dog to walk, and it was a great way of meeting people from different walks of life and backgrounds.  Funny to see the dogs all jumping up in recognition and wagging tails as they met anew each time.

In the evenings, he would jump up and sit on my knees while I was watching television. Mark was a big favourite, as if Zac knew that it was he who had found him wandering the streets and took him in. It seemed that it was meant to be.

Fast forward fifteen years. Zaccy was no longer the active ball of zest he’d once been; he was partly blind, deaf and incontinent. When we made the decision that he was no longer enjoying life, I took him along to the vet one evening. I knew my husband would  not be good at coping with this. I refused requests from friends to come along as well. Afterwards, I cried all the way to my Soul Group meeting.

‘What’s wrong?’ some group members asked, worry flooding their faces like the tears streaming down mine.

‘I’ve just said goodbye to the best little mate I’ve ever had,’ I spluttered.

Afterwards, one of the members of the group came up and whispered in my ear:

‘When you came in, and sat down, your little dog jumped up into your lap and sat their, looking as if he belonged. 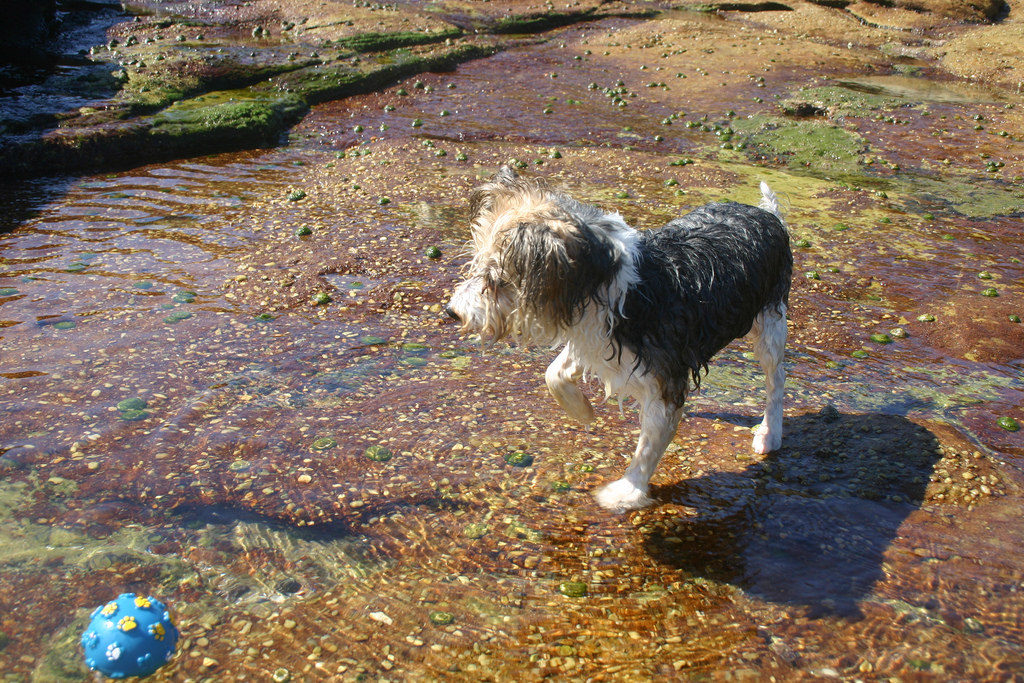 A Well-Loved Pet was last modified: February 7th, 2022 by Anne Skyvington
do dogs grow to represent their owners?dogs as pets and companionssaying goodbye to a well-loved petthe benefits of owning a dogwhat are the special instincts of dogs?
0 comment
0
Facebook Twitter Google + Pinterest