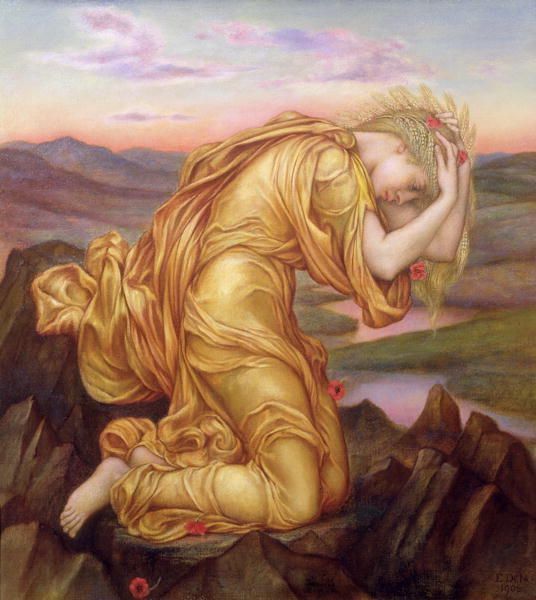 My Links to the Myth

I have for a long while been drawn to the archetype of Persephone, who must descend into the underworld for half the year. My connection is linked to a long-term personal wish and desire for growth and change through psychological means. Personal attraction to an archetype is like an urgent calling, something that really speaks to you and urges you to investigate it further. There is also a possibility of extending this to a social context.

I previously wrote about this myth in relation to global warming and environmental degradation. See the previous post on this site at: http://anneskyvington.com.au/the-myth-of-persephone-and-demeter/
Now we have been rocked by a global epidemic that we have come to know as Covid19, a virus almost certainly transferred to humans from animals. Misinformation leading to increased fear among people, including the explosion of conspiracy theories, has added to the problems of finding solutions. If we are to progress as a species and as social beings, we must learn to work together as a global community.

This latest shock, represents a Persephone in the Underworld occurrence on a global scale. We are all in these dark times together, and we therefore need to look for solutions together.

The overarching symbol of the underworld is ‘the unknown’. Because it is hidden from view and unseen, it is a realm to be feared. However, one can learn to accept the reality of the underworld, just as Persephone has had to do. And by so doing, one can gain in fortitude and endurance.

Out of a crack in the earth, four black horses appear. Driving a chariot, Hades kidnaps Persephone who is picking flowers in a meadow, takes her against her will, down into the subterranean depths of the underworld. The earth closes up again, and all that is left above ground is the flowers that Persephone was collecting for her mother. She is to be married to Death, the consort of the King of the underworld. The black horses that draw Hades and the chariot represent intelligence, but, in this case, dying consciousness.

Demeter is finally able to recover her daughter, but not before Hades persuades his wife to taste of the forbidden fruit — that will ensure that she stays underground for half the year, representing the seasons of autumn and winter.

The relationship between Persephone and Demeter is basic to the whole myth. Persephone is the golden, naiive child of her mother, Demeter. She lives and plays in the apparent safety of the fields and sunlight provided her by Demeter, Queen of the horizontal world above ground. Demeter imagines that her daughter is safe from harm, happily picking flowers in the sunshine with friends and animals above ground.

The Role of Demeter

Demeter, whose domain is ‘cornucopian’ consciousness — the life of the fields and vegetation — is at first bereft, shocked and saddened over her daughter’s abduction. She then reacts with anger and inflicts famine on the earth above ground, instead of wisely seeking counsel about what to do in order to find her daughter and bring her back.

As goddess of grains and harvest, Demeter lives on the surface of things, unaware of the dark lurking out of sight; she is therefore lacking wholeness. Jung wrote that you can either have goodness or wholeness, not both together. In other words, experiencing the dark is part of becoming whole.

On a deeper level, however, the rape of Persephone represents for Demeter, a jolting of consciousness. This enables her to access, eventually, deeper levels of herself in order to grow.

Destruction is often the right hand of creation and creativity.

Can you see how this myth is relevant to our response to the pandemic as a community, both local and global?