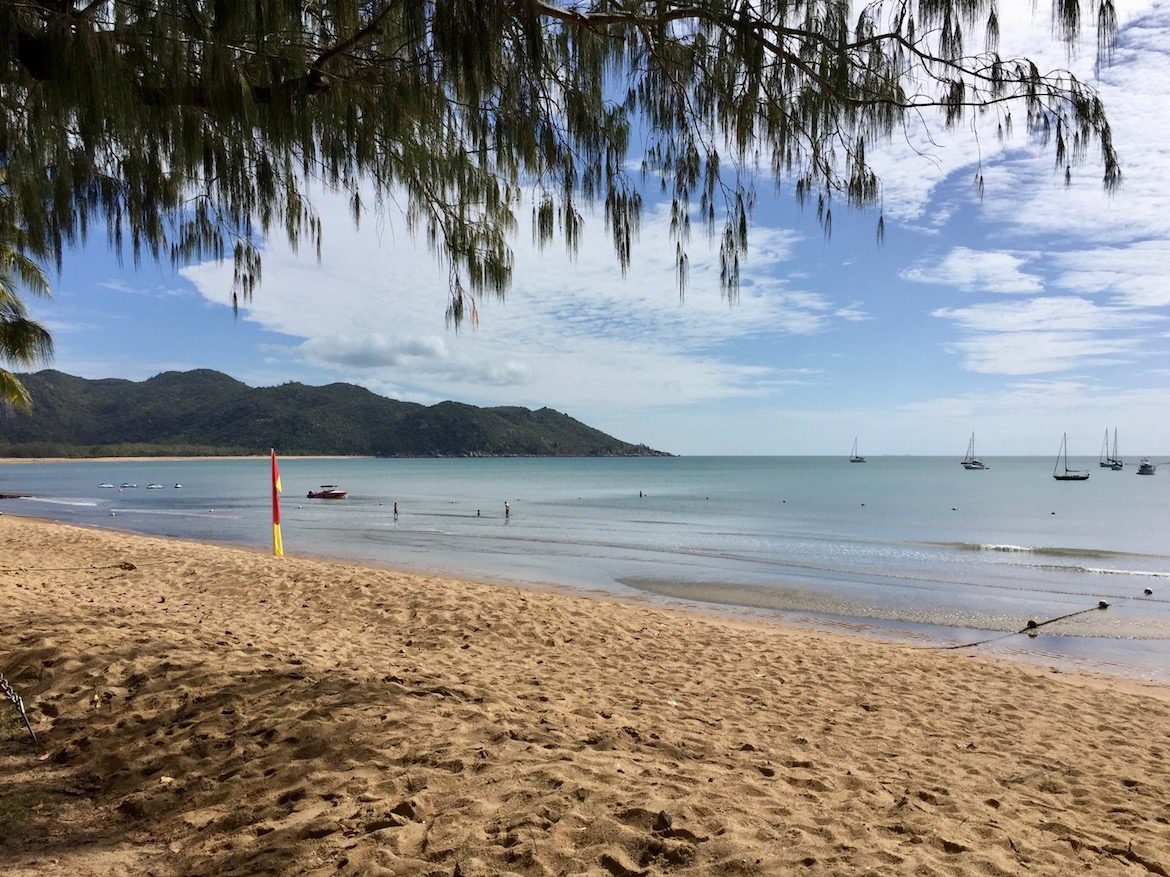 Magnetic Island is part of the Great Barrier Reef.  Just outside our unit is a marked underwater reef that one can follow, either with a snorkel or by renting a  flat board, to view the coral. The island is shaped like an equilateral triangle. Each side of the triangle is 11 kilometres in length. The edges are scalloped by numerous inlets or bays, with sandy beaches where you can swim during the “safe” season.

Magnetic Island is a suburb of Townsville, which is only a 20 minute, 8 kilometre ferry ride away.  A very independent and environmentally aware population of 2,000, resides on the island.  The council has erected a large solar panel, which enables the island to supply 40% of their electricity needs, given that they are blessed with over 300 days of fine weather. It’s part of the “dry tropics” with rain falling only in summer.  The guide who drove a group of us around the island has brought up his young family here and is passionate about it.

Captain Cook discovered the island, and felt that it had interfered magnetically with his compass, hence the name: Magnetic Island.

Beauty of the Bays

We stayed at Nelly Bay, which is where the ferry from Townsville docks. In the course of the first day, I visited Picnic Bay, the oldest settlement, Geoffrey Bay, which is a national marine park with no fishing allowed, and ended up at Horseshoe Bay for lunch. There are countless walks around the island that you can take, from easy up to long and arduous. 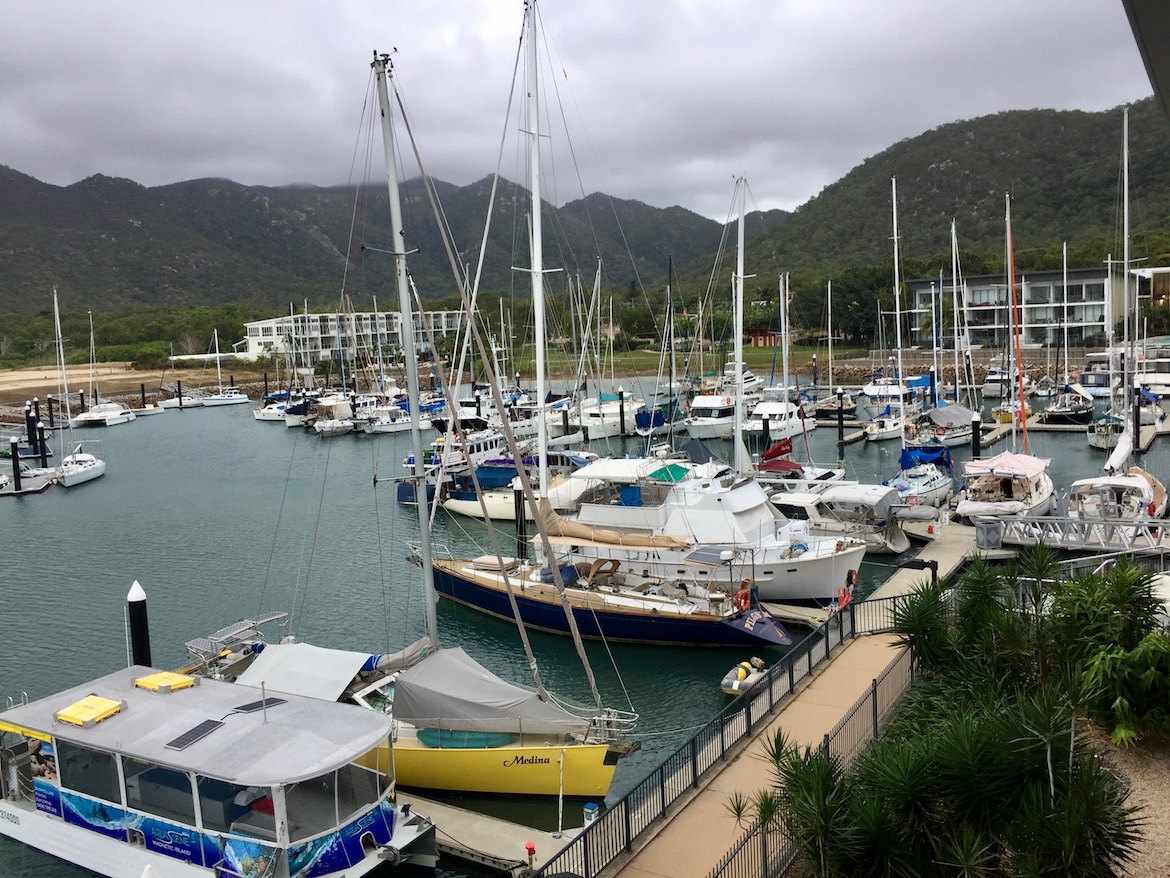 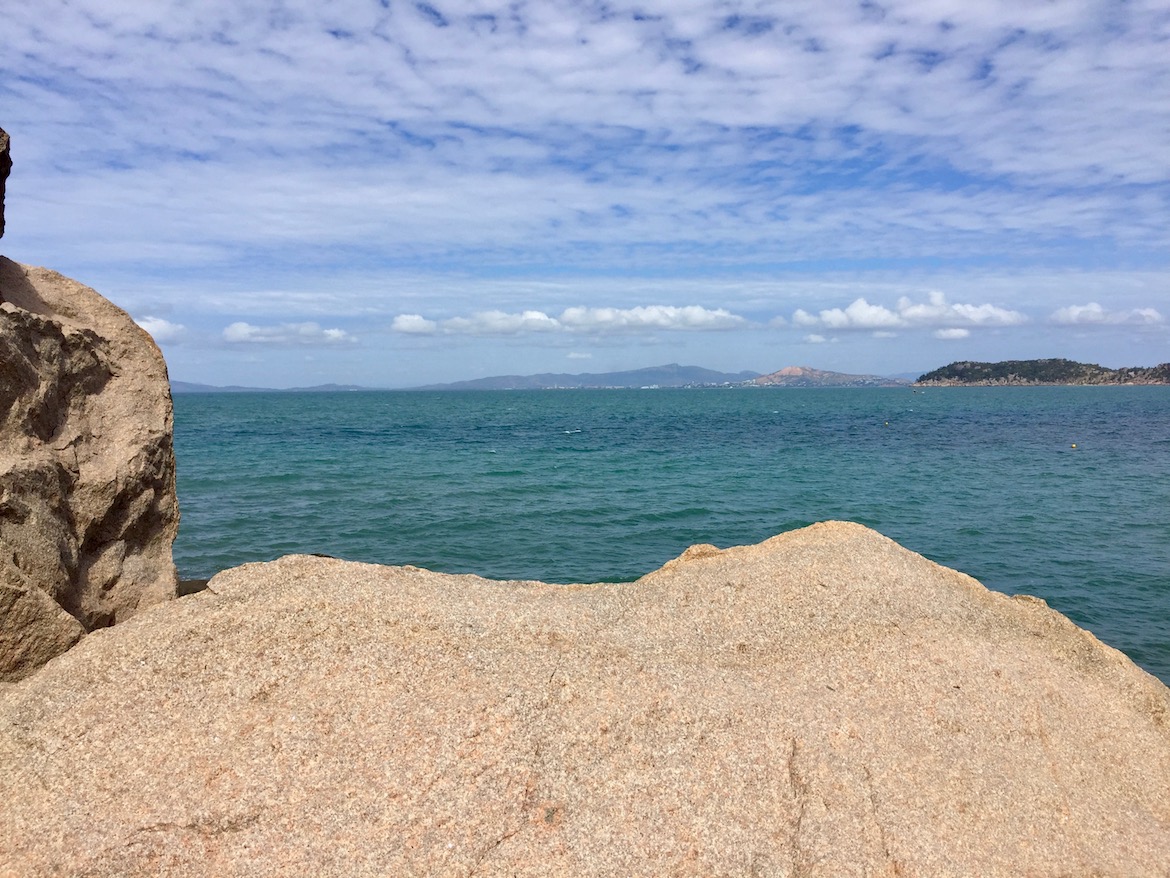 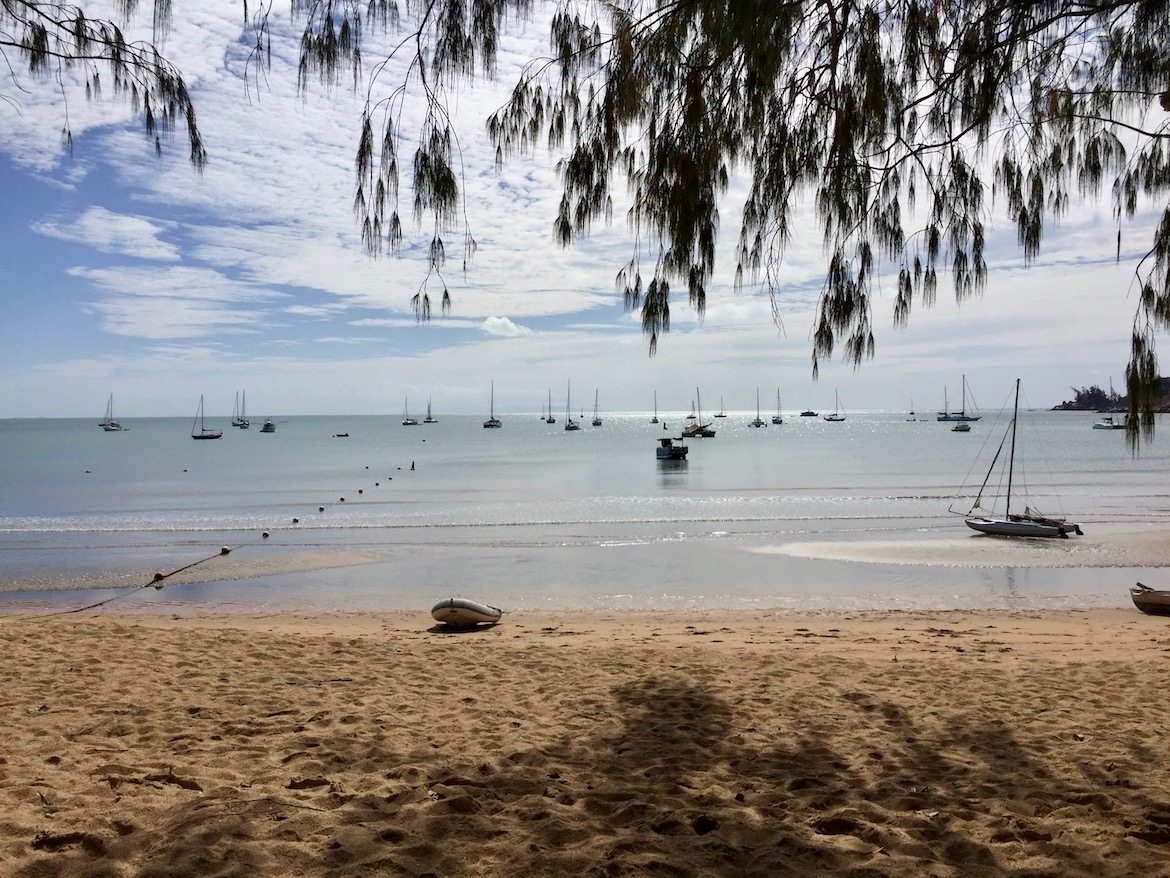 Horseshoe Bay in the afternoon

Koalas and Butterflies on the Island 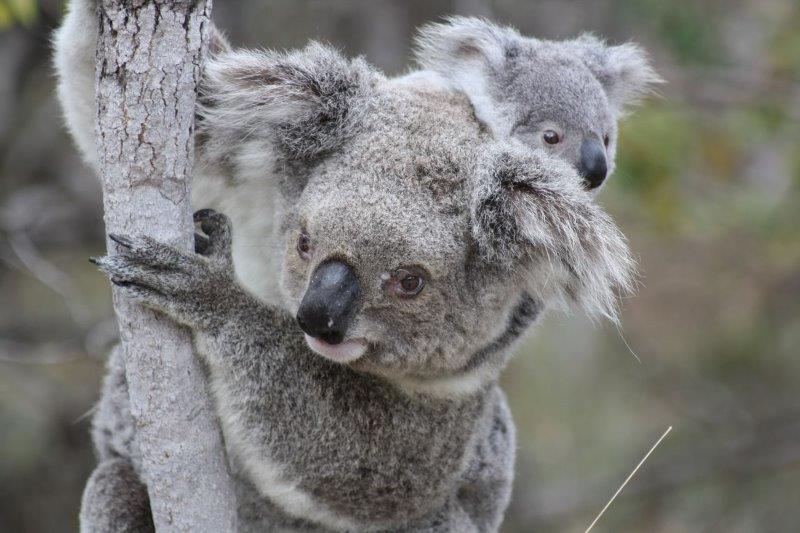 Many tourists from overseas are entranced to gain their first sight of marsupials, especially the koalas, which were introduced into Magnetic Island, and which form part of a very healthy-looking group. 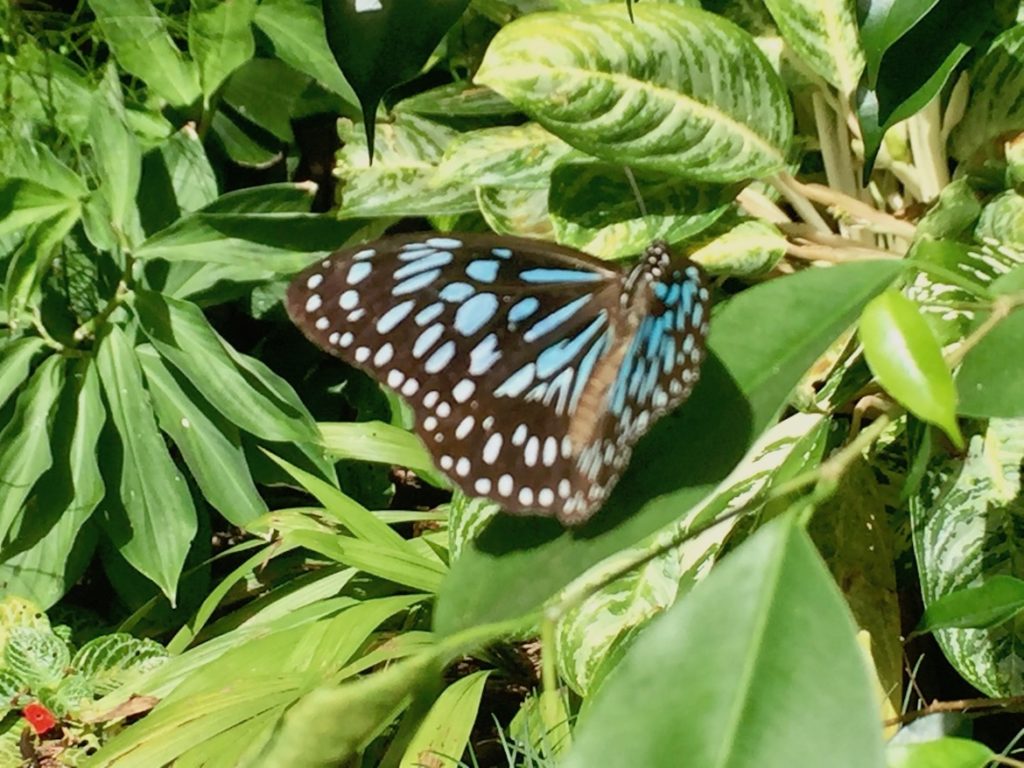 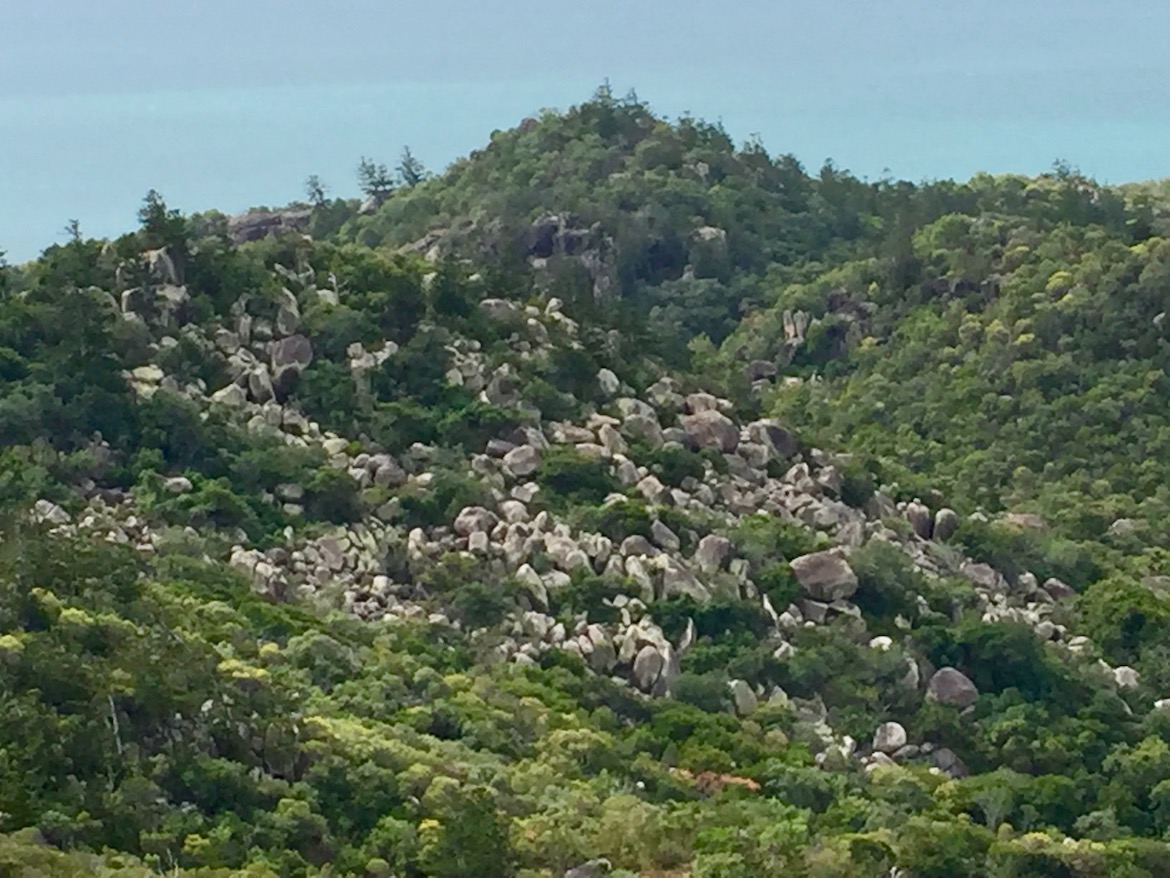 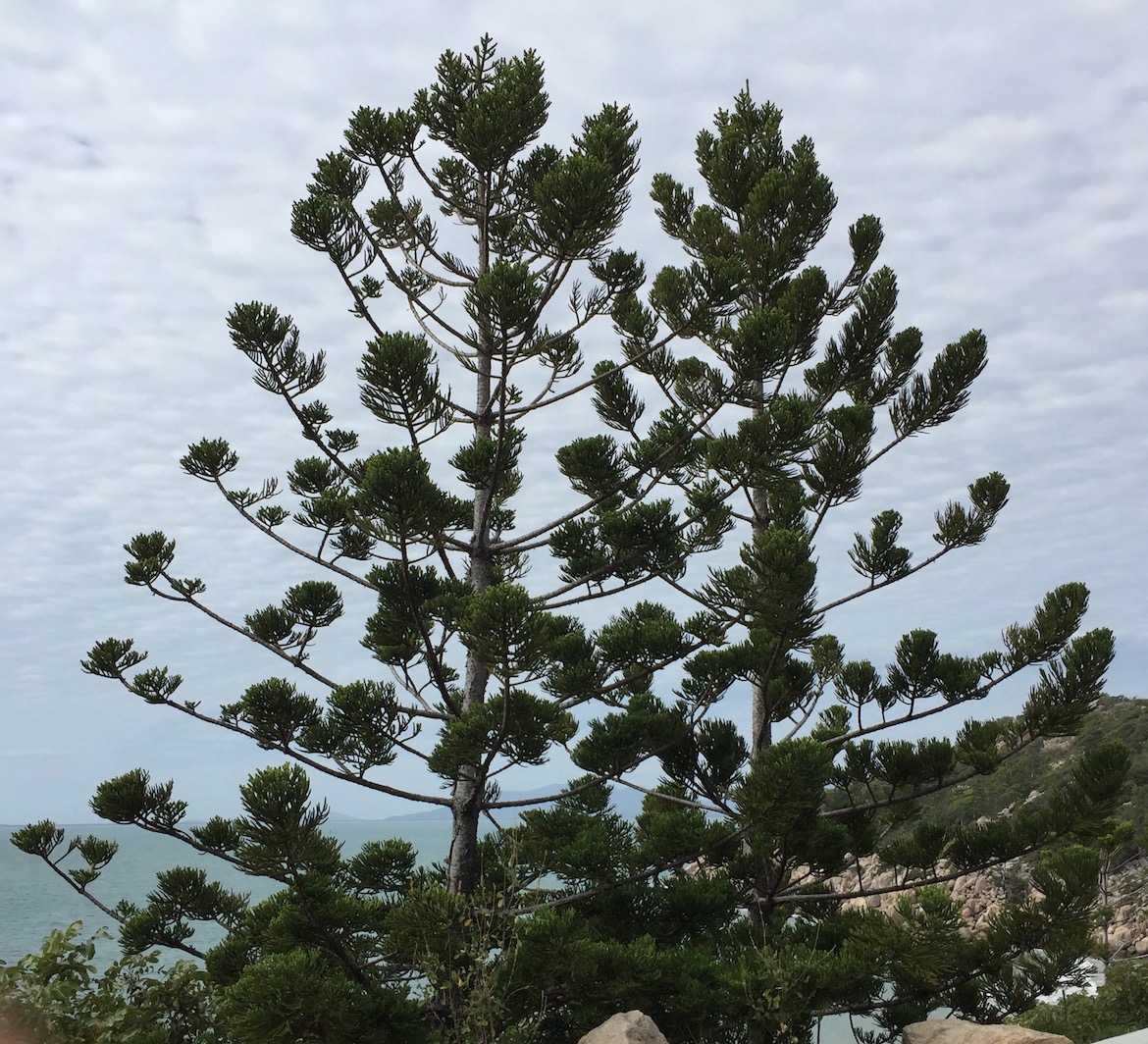 Hoop Pines are the trees that were around in the time of the dinosaurs.  Along with the granite boulders, they typify the Magnetic Island landscape, and are often found in rocky terrain. Their bark splits horizontally, giving them their name.

The rocky terrain and dense vegetation of Magnetic Island is home to small grey/brown marsupials called Allied Rock Wallabies, that are very hard to spot among the rocks. They have the ability to scale rock faces in leaps that appear to defy gravity, due to their cylindrical tail and broad feet. I managed to capture one of them in full flight at the bottom right of the photo below. 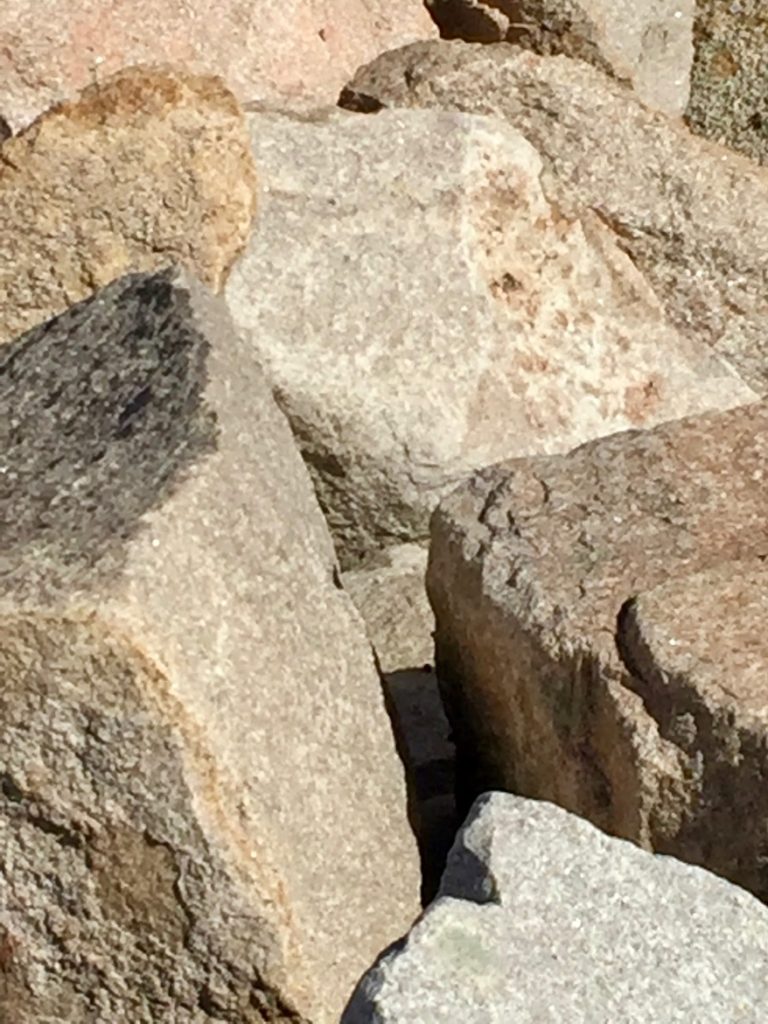 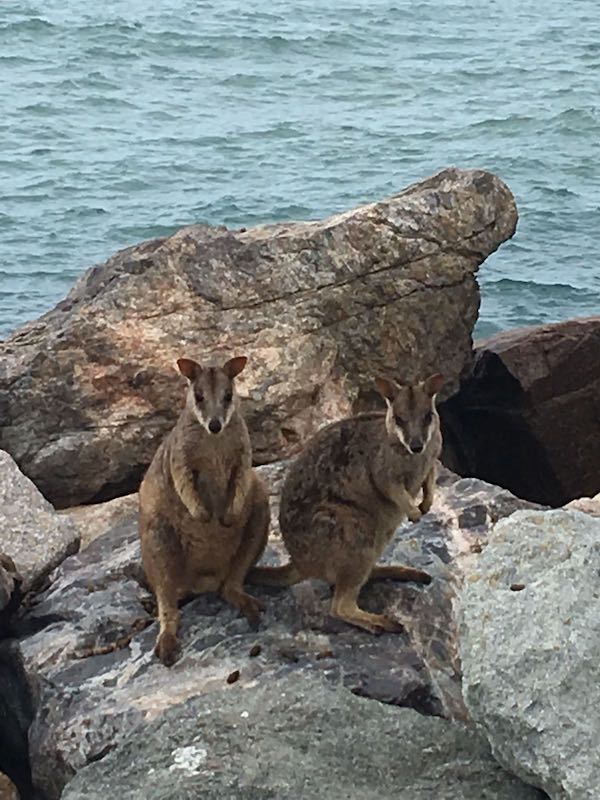 The World War II Fort building overlooking Florence Bay and the ocean is worth a visit. You walk for about two kilometres, then climb steeply up 800 metres to the top of a peak before you reach the observation deck and the concrete fortification buildings. 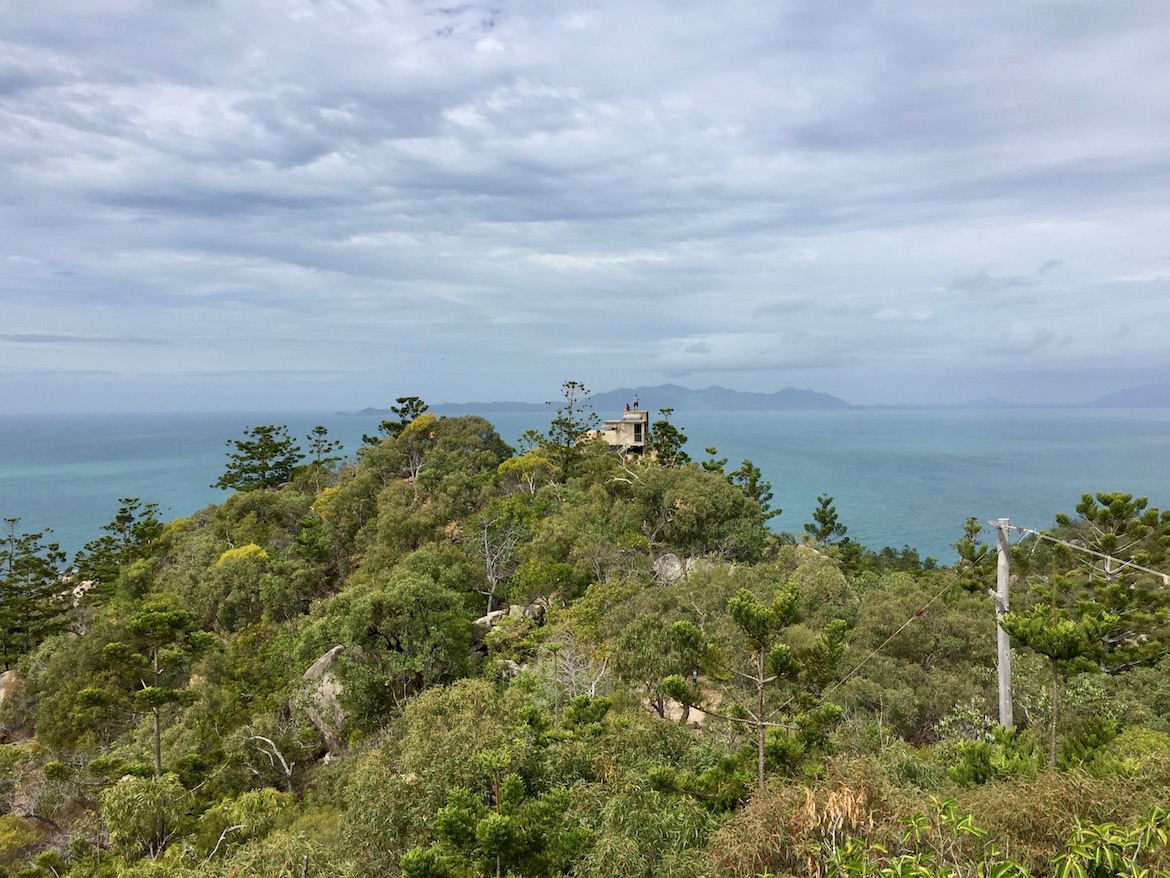 Townsville was bombed during the Second World War, but not as seriously as Darwin. Military men and women lived at the top of this mountain for months in harsh conditions during the wet season. The canons were never used in anger, but the watch-out from the fort played an important role in the protection of Townsville and Australia during the war.

Other Activities I undertaook before I left: Horseriding trail, ending up by unsaddling and riding mount into the sea; Snorkel tour and boat hire; renting a Barbie topless jeep.