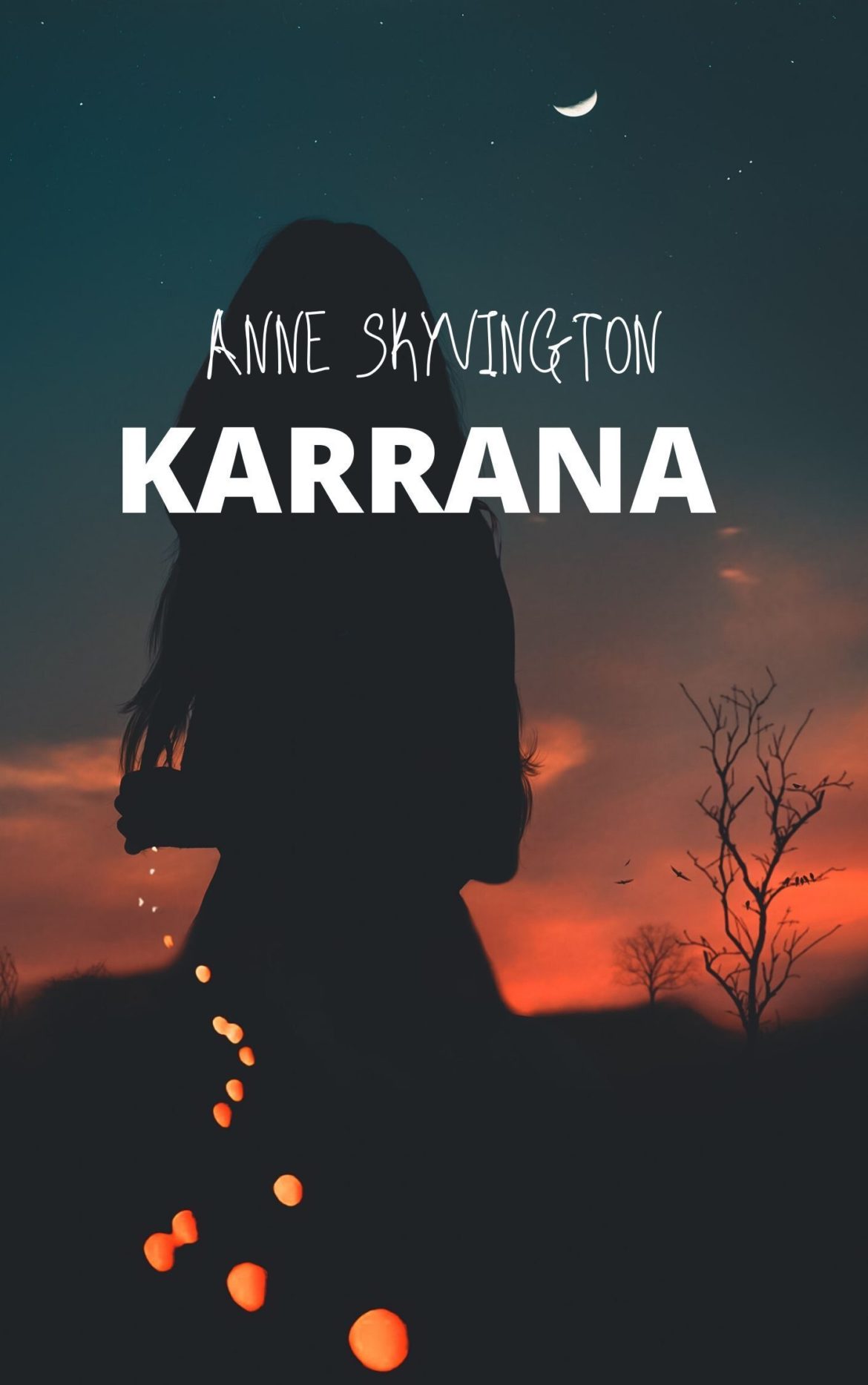 Writing a novel has been one of the most exciting and difficult activities I have ever undertaken. It’s something akin to giving birth and bringing up a child; not quite…. You have never done this before, and there is no foolproof manual on how to be successful at it. I don’t believe anyone just knows how to write a novel. Much of it is trial and error. There’s a degree of theory involved, which might include studying the masters, and, it goes without saying, reading modern writers, too. That is, if you want to be a modern author.

Following is a Q and A interview carried out at the Book Launch of Karrana by a friend, G, and answered by myself, that reflects much about the structure of the novel.

G 1: In reading your book I was struck by the lusciousness of the novel, both the physical and the emotional aspects of life on the north coast after WW2.

If I start with the physical, the Australian bush with its lilting birds and the fiery orange boldness of the trumpet vines is an integral part of the story.

As a writer what did you draw from to create such vivid bush scenes?

A: As a little girl I was free to roam in nature, where I became a part of it — its rhythms, its colours. That vine covered an old barn on Grandma Walker’s farm, opposite our rented house on the Gwydir Highway, drawing sightseers in vehicles to stop and gawk from their car windows in winter and in spring. I felt lucky to be part of this environment.

It was even brighter to a child’s eye; magical, like the multicoloured iridescent feathers of rosellas; and I rolled, competing with hovering bees, in pure white-and-green clover, so abundant and fragrant on the farm; and then riding our horses surrounded by gum trees out in Dad’s bush paddock, a nutty, gorse-like perfume in the air; the silence, broken only by the sound of a kookaburra or water gurgling in pristine creeks, or a wallaby scuttling away.

Much of the flora and fauna on the farm was non-native, like the vine, but well-suited to our sub-tropical climate.

G2: Bridie the young woman “with tossing dark hair that cascaded around her shoulders like Vivien Leigh or one of the other Hollywood stars” as one of the main characters has big dreams and they don’t always coincide with reality. This story is her chance to shine.

How did you get Bridie to take her place in the world?

A: I showed her through the prism of the post-War years, with Australia on the brink of huge changes. As a butterfly-like creature cocooned in a narrow universe, Bridie’s narcissism is put to good use in attracting a mate. She is getting ready, like the nation, to break out and demand more from life than the one her family has allowed her. The question the novel sets up is: Will she be victorious in finding fulfilment, in re-gaining a missed education, or will it be a question of ‘fools rush in’? (ii) If Bridie really existed, I think she’d be a composite of several women from my childhood, both in flesh and on the big screen or in magazines.

G3: In the novel there is a delicious sense of dramatic irony between the two main characters, Bridie and Will.

What characteristics did you set up to test and re-energise their relationship?

A: I’m glad you recognised that. I think a note of irony runs throughout the novel, from the beginning with the sexual symbols of frogs and spiders on the path to the lavatory, to the forced wedding and sexual fulfilment.

Fiery passion causes both to act impulsively in the beginning. However, Bridie learns too late what Will’s plans are. They don’t discuss their differences, assuming that love will win out in the end. It is inevitable that conflict ensues.

G4: There is an interplay of mystery throughout the novel, the unknown lights in the bush; Richard, their son’s accident; the other man Bridie reached out to.

What were you trying to achieve with this interplay of mystery?

A: Well, I’ve always been interested in the interplay of light and dark motifs in fiction, as well as in life. Seasons play a large part in the structure of the novel: Starting out in the spring of rebirth and renewal, and continuing through seasonal fluctuations to a return. Bad things are sometimes presaged by dark imagery, such as blackbirds; awakenings and positives by light motifs. I’ve for long empathised with the underdogs in history, the Jewish people during the War, as well as the Aboriginal Bundjalung tribes of the north coastal region before the English settlers arrived. They are linked to the light motifs in nature.

What was I trying to achieve? Just that, the mystery of Nature, and the mystery within nature. A sense of light and of darker forces at work, beneath the surface of things. Within people, too, of ignorance versus enlightenment that comes through education and progress.

G5: The historical placement of this novel is just after WW2 and Bridie and Will, the two main characters, meet at a Victory dance. In developing the story, you had to go back in time and undertake a certain amount of research.

What did you uncover in your research that helped to drive the novel forward?

A: I researched war songs such as Bless Em All, and Don’t Sit under the Apple and the foxtrots and pride of Erins and waltzes, played at country dances of the time; other songs and movies expressed the blossoming love between Bridie and Will, such as the one my Dad sang to Mum ‘I’ll Take You Home again, Kathleen”.

Great changes were taking place, especially in the cities after the War. I Imagined Bridie hearing American accents and seeing soldiers with war injuries in Sydney. Learning about the new role of women in the War effort is also touched on. I discovered that ignorance and stigma existed at the time. Can you imagine how she must have felt when she heard from a Jewish refugee about the truth of the Holocaust? I made this part of Bridie’s experiential education, learning about it from the doctor. And then I tried to imagine the horror of a mother receiving a telegram announcing the death of a loved one; often delivered on bicycle or on horseback in the country.

G6: In conclusion what were the highlights of writing this novel?

A: It was great being able to draw on childhood and my own life experiences, and to utilise my early outpourings of emotion, a healing component in writing memoir pieces, and then this novel.

I was part of a small, tight-knit writers’ group, Randwick Writers, during which I was able to develop the first draft of the novel; meeting once a fortnight over more than a year. Encouragement from colleagues in the larger group, Waverley Writers, at the Library in Bondi Junction, also played a huge part in giving me the confidence to move forward with the novel and to finish it. Learning how to upload documents to Amazon and Ingram Spark (print-on-demand facility) have also been part of the journey towards publication and distribution. And now, educating myself on the notion of discoverability, which I am still working on.